Lloyds Banking Group has apologised after scores of customers were left unable to log in to its online banking system just two days before Christmas.

Users took to social media on Thursday evening to complain that they could not access their accounts – adding that the timing could not have been worse.

One business owner said he was unable to pay his employees’ salaries, while another branded the situation ‘ridiculous.’

It came after a message popped up on customers’ screens which read: ‘We are sorry that our internet banking is currently unavailable. Please try again shortly.’

Others said they received a message that said the bank was having ‘technical problems’.

The issue is said to have lasted for an hour and has since been resolved. 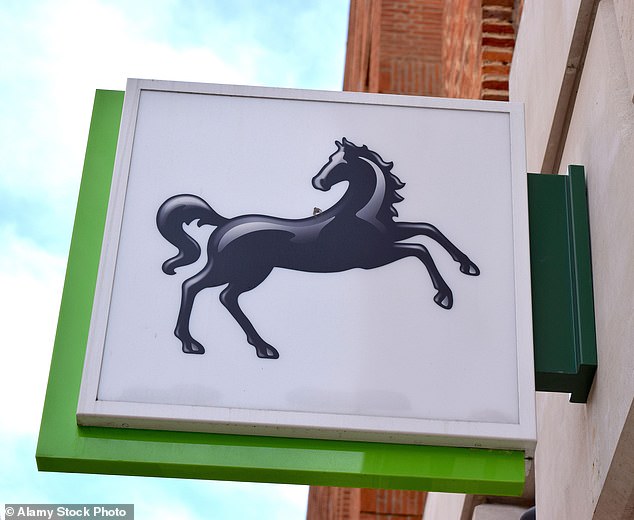 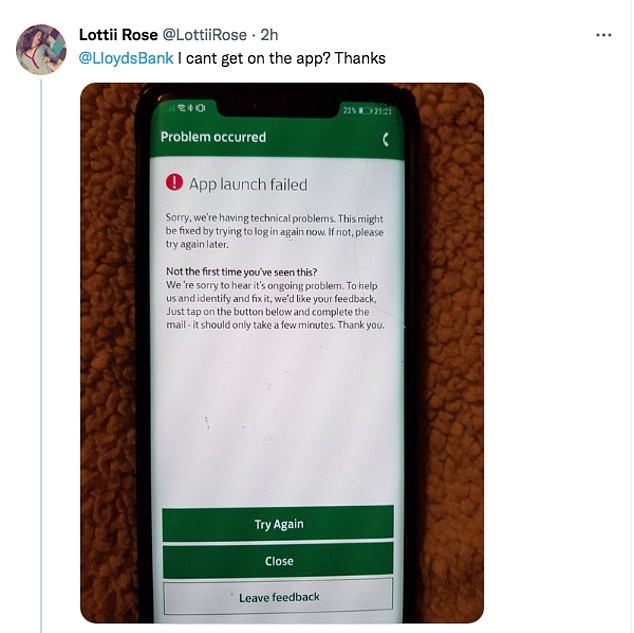 One user said: ‘Hi, is the app down? It won’t let me log on to my internet banking.’

Another tweeted: ‘Can’t access the app or online to view accounts???

‘Not really ideal 2 days before Xmas and you need to work out budgets etc.’ [sic]

One added: ‘The app and site are down! When will this be fixed?

Bank users complained they could not manage their accounts or pay their employees, while Lloyds advised them to close their app, log back in or try alternating between using their Wi-Fi and data

Customers reported having issues using both their mobile phones and computers.

‘We’re sorry some of our customers had issues for a short time this evening.’