A HUGE lorry fire has sparked traffic chaos tonight with drivers stuck for hours amid a 40-mile diversion.

A stretch of the M11 is closed in both directions after the truck carrying aerosol cans exploded near Stansted Airport, Essex. 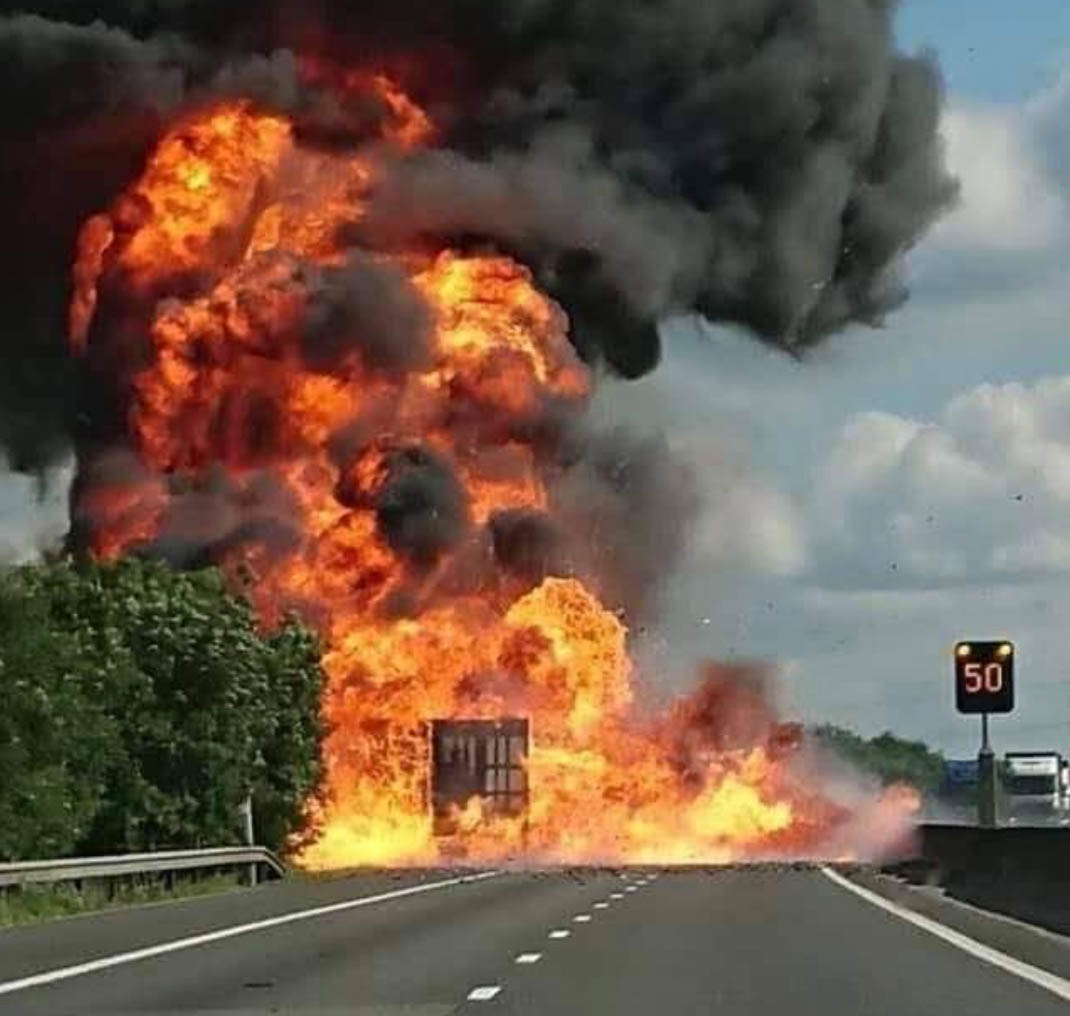 Firefighters have been battling to control the inferno after the lorry blew up just before 5pm.

The truck ignited just before 5pm between Junctions 8 and 9 sending a huge fireball into the air.

Flames sent a thick column of black smoke towering into the air after the horror explosion on the northbound section.

Horrifying images show the aftermath of the lorry explosion sending flames shooting across the sky.

Aerosol cans were flung across both sides of the carriageway as horrified motorists drove past.

The charred wreckage of the lorry was left in a smouldering heap on the side of the road.

Essex Fire and Rescue Service said the driver of the truck had a miracle escape and wasn't badly hurt.

The road will remain shut to traffic until the debris is cleared.

Drivers have been warned to stay away from the area as stranded motorists pleaded for help.

One wrote: "What are the police doing to help get us off the M11??

"Police tweeted they are moving traffic but nothings is happening!

Essex Fire Station Manager Dave Bond said: "The articulated lorry was carrying aerosol cans which exploded and scattered across both side of the carriageway.

"Thankfully the driver was not badly hurt.

"I must praise crews who worked extremely hard to establish a water supply in such a remote location and quickly get the incident under control.

"Unfortunately, the road will be closed for some time due to the extent of the fire."