It all started for Ava when she had a fight with her adult son. Ava often feared for her safety when they argued, but kept the police out of it. Ava’s son hadn’t been staying with her long, only after his circumstances changed during COVID.

Things were different this time and she called triple-zero twice. When the police arrived, they spoke with her son who was standing outside in the front garden. 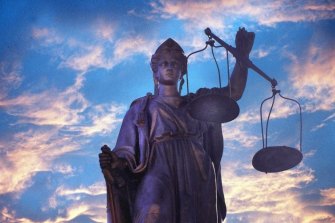 More than half of the people in Victoria’s women’s prisons are unsentenced.Credit:the age

When Ava saw the police, she was relieved; she invited them inside to explain everything. But they didn’t ask her any questions. They handcuffed her and forced her into the back of the police van. She begged them to explain but they wouldn’t tell her anything.

After several hours in custody, police served Ava with an intervention order, banning her from her home and from contacting her son. Ava was finally released at 2am.

She went home to collect some clothes and sent angry text messages to her son. It didn’t seem fair – it was her house, he should have to leave. She went to stay with a friend.

After a few days, Ava mustered the courage to go to the police station to get help applying for an intervention order against her son. But the police already knew about the texts she sent her son. Ava was arrested and taken into custody.

Ava couldn’t get bail because she had nowhere to stay – her son was still living in her home. Ava had never been to prison before. This year she spent the Christmas holidays in prison.

Ava is a 48-year-old Aboriginal woman with significant health problems and is the sole carer of her elderly mother. Her mother cannot bathe, shop or read on her own and is completely dependent on her daughter’s daily visits.

Ava spent five weeks in prison before being released. When she finally pleaded guilty to some of the charges, she got a community-based sentence. She should never have been in prison. Half a year later, her eyes still fill with tears when she recalls her experience.

New Corrections Victoria data released last week reveals that more than half (54 per cent) of the people in Victoria’s women’s prisons are unsentenced, like Ava.

This April, for the first time in the history of publicly available data, the number of unsentenced women in Victorian prisons eclipsed those who’d been convicted of their charges. This happened just three years after draconian bail laws were introduced in response to violent crimes committed by men that are instead locking up women and Aboriginal and Torres Strait Islander people often for minor offending. 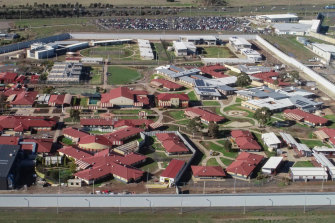 A significant proportion of women are spending time in custody for offences that would never result in a custodial sentence in the first place.Credit:Joe Armao

The deeply concerning trend continues too. In May and June most women in prison had not been sentenced. In the 10 years to 30 June 2021, the number of unsentenced women in prison increased by 220 per cent, from 69 to 221 women.

Analysis conducted by Corrections Victoria found a significant proportion of women are spending time in custody for offences that would never result in a custodial sentence in the first place.

What this means is that each month, hundreds of women are forced through the prison system often for low-level and non-violent offences. At Fitzroy Legal Service, our clients’ lives are filled with stories of the damage and disruption this cycle of incarceration generates: women lose their children, their homes and their jobs.

Women are being pointlessly funnelled into and out of prisons in the midst of a global pandemic when it is more important than ever to reduce the number of people in custody.

Their supports in the community are disrupted; they are forced to stop medical treatment and counselling. Aboriginal and Torres Strait Islander women, who are the most incarcerated population in Victoria, are disconnected from their communities, culture and Country.

What’s more, women are being pointlessly funnelled into and out of prisons in the midst of a global pandemic when it is more important than ever to reduce the number of people in custody.

We know why unsentenced women are churning through the prison system – it’s not because there’s more crime. In the 10 years to March 2020, the rate of reported crime in Victoria increased by 3.5 per cent (per 100,000 people) while the number of unsentenced women in prison rose by 217 per cent.

Rather, we know it is because Victoria’s bail laws are currently the strictest in Australia. We know it is because we have criminalised the health issue of drug dependence: this year’s budget allocated more than $3 billion to policing, while people continue to wait months for drug support and treatment to address the drivers of their offending. 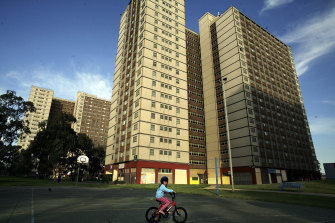 We know that despite Victoria’s Big Build, public housing remains in drastically short supply. We know that the Victorian government is building more prisons while Aboriginal and Torres Strait Islander people continue to die in custody.

The Victorian government also knows what the solutions are. It must continue to invest in community-based treatment and support for drug dependence and mental health services so women who have experienced trauma and violence can get the support they need.

It must make its Big Build bigger, diverting money from prisons into more public housing. And it must repeal the bail laws that contributed to this crisis.