A pool cleaner accused of helping cover up a crime scene after the alleged murder of Brunswick woman Maryam Hamka has been granted bail despite police opposition.

Oscar Newman, 26, was charged in early September with assisting an offender as part of the investigation into the suspicious disappearance and alleged murder of Ms Hamka. 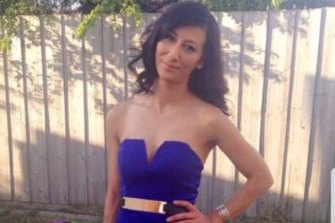 Ms Hamka’s former boyfriend, Toby Loughnane, has been charged with murder over her death. Her body has never been found.

Bail was opposed by police. Detective Senior Constable Jason Stewart told the court on Wednesday he was concerned that, if given bail, Mr Newman could move or interfere with Ms Hamka’s body, contact witnesses in the case, and potentially commit further offences because of a serious gambling problem.

However, on Friday, Supreme Court Justice Richard Niall said he was satisfied that Mr Newman would not pose an unacceptable risk, and granted bail on a number of strict conditions.

These included a curfew, and directions that he abstain from drugs, and undergo treatment from a psychiatrist. Mr Newman is not allowed to contact prosecution witnesses, and also cannot contact Mr Loughnane. A $50,000 surety was provided by Mr Newman’s mother.

In his written reasons published on Friday afternoon, Justice Niall said, on the evidence presented in the bail application, the contention that Mr Newman knows the location of Ms Hamka’s body “does not have a firm factual foundation”.

“There is no evidence that the applicant was in the car at the time Mr Loughnane is thought to have removed the body from his premises,” he said.

“Even if it be assumed that the applicant does know where the body is, there is no sound basis to infer that he would be likely to go to the location to remove or interfere with evidence given that the police have so far been unable to locate the body. In the circumstances, the contention is somewhat speculative.”

Justice Niall said a psychiatrist treating Mr Newman believed the man’s mental heath deteriorated while in custody. Despite the man’s history of gambling and drug misuse, he was described to the court as a “morally sound young man” who was not at risk of further offending. 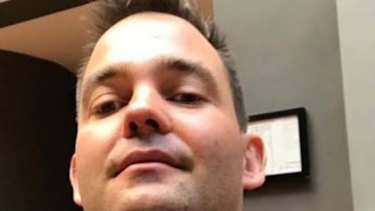 The judge said he considered the serious nature of the charge, the significant delays likely before the matter reaches trial and the onerous conditions in custody during the pandemic.

“Although it cannot be said there is no risk, the risk posed can be ameliorated by the imposition of conditions,” he said.

Mr Newman, who watched proceedings via video link from custody, did not speak during the hearing except to confirm he understood the conditions imposed. He will live with his mother while on bail. 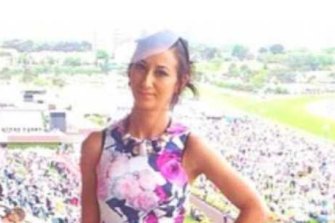 “I’m certainly of the strong belief that she is no longer with us, unfortunately,” he said. “I believe she is dead.”

Prosecutor Mark Rochford, QC, said there was a strong case against Mr Newman, who is alleged to have hired a pressure cleaner and taken chemicals and petrol to Mr Loughnane’s home after Ms Hamka was allegedly murdered on April 11.

He estimated that Mr Newman may not face trial until 2023, but said the case against the man was “strong”, and predicted he would face a significant term of imprisonment if found guilty.

Mr Melick said concerns that Mr Newman would tamper with the body were “fanciful”.

“Why would he take the risk of going anywhere near it, even if he does know where it is?” he said.

He said there were enormous backlogs to be dealt with in the court system and his client could face more time awaiting trial than the sentence he might face if found guilty.

Mr Newman first applied for bail in September. During that hearing, police alleged Mr Loughnane enlisted the help of Mr Newman to clean the crime scene because the younger man had a gambling addiction and owed him a significant debt.

Mr Loughnane allegedly murdered Ms Hamka at his Brighton home on April 11, a day after she was last seen. CCTV footage allegedly shows Mr Newman was at the address for five hours on April 12, when police believe the body was inside the house.

Investigators believe the body was moved in the early hours of April 13. Police allege Mr Newman loaned his red Mazda to Mr Loughnane, who used the vehicle to dispose of Ms Hamka’s remains. A forensic examination identified Ms Hamka’s blood in the car.

Mr Newman and Mr Loughnane will next face court on December 3.