THESE are the shocking injuries a man received after he was bitten by a shark off a Florida beach as he described the attack felt like being kicked “by a metal cleat”. 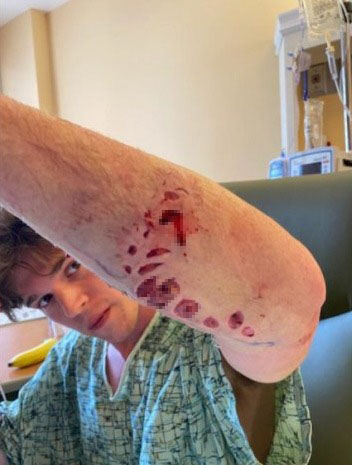 Albert, who was on an extended break from school with a group of friends, had gone to Palm Beach County on Thursday afternoon with three others when the decided to wade into the water near the pier.

He said initially thought a friend had accidentally kicked him, but realized none of them were standing near him.

"It felt like getting kicked with a metal cleat," he told The Palm Beach Post. "Then I pulled my arm out of the water, and I could see my muscles and my tendons bubbling over. Then I realized what actually was happening. Luckily, there was a lifeguard standing there."

The lifeguard performed first aid and wrapped a bandage around Albert’s arm and a friend drove him to hospital.

Medics said the bite was likely to have been caused by a blacktip shark about 6 feet long, Albert said. 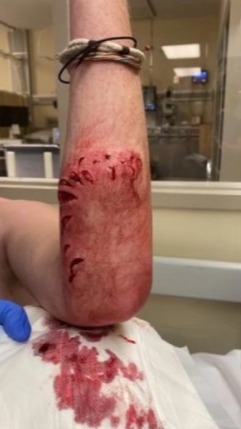 Blacktip sharks usually start migrating toward the waters of southeast Florida in late January, with the highest concentrations appearing in February, the Post reports.

According to a report from the Florida Museum of Natural History, Florida had the highest number of unprovoked shark attacks in the nation last year with 16.

Palm Beach had just once incident of an unprovoked shark attack last year.

Doctors told Albert the bit wound will need to heal on its own in order to avoid the risk of infection.

Albert, an avid surfer, said he plans to get back in the water after his wound has healed. 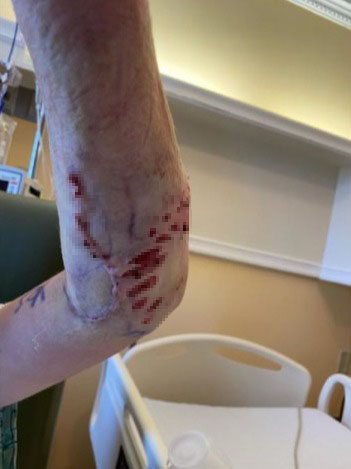