Labour MP Mike Hill wanted sexual relationship with parliamentary worker despite being married and sent texts saying he ‘craved her body’ and was ‘in love’ with her, tribunal hears

A former Labour MP has admitted he told a parliamentary worker he ‘loved’ her, ‘craved her body’ and wanted a sexual relationship with her despite being married at the time.

Mike Hill, 58, texted the woman, referred to as Ms A at a tribunal, saying he ‘craved’ her body, was ‘in love’ with her and described himself as being ’emotionally f*****’.

Ms A has accused the former Hartlepool MP of conducting a campaign of sexual harassment and bullying against her over a 16-month period during his four-year term in office.

Her claims include Mr Hill ‘groping’ her and ‘rubbing’ his penis against her body in his London flat, while the married man also told her if he could propose to her, he would.

Mr Hill, who confirmed he was married at the time of the ’embarrassing’ messages, today said he ‘accepted’ that the claimant did not want a romantic sexual relationship, but denies the allegations against him.

The former MP was suspended from the Labour Party in September 2019 over the allegations, but was reinstated just a month later and held his seat in that year’s December general election. 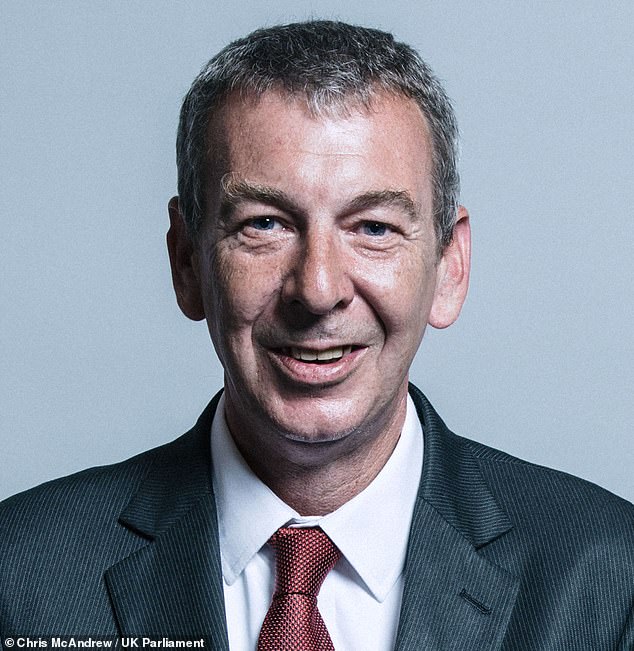 Former Hartlepool Labour MP Mike Hill, 58, is accused of a 16-month period of sexual harassment by a parliamentary worker known as Ms A at a London employment tribunal

During cross-examination at the Central London Employment Tribunal, Mr Hill was questioned about text messages he sent Ms A, who suffers with depression and PTSD.

In one, which was read out to the tribunal, Mr Hill told her: ‘You know that I crave your company and intelligence and conversation all the time. But that I also crave your body too.’

Asked repeatedly by the claimant’s barrister, Samuel Nicholls, if that meant he wanted to ‘have sex’ with Mrs A, Mr Hill responded: ‘Part of having a relationship would be that.’

Extracts of a secretly recorded conversation between the pair, in which the claimant accused Mr Hill of ‘rubbing’ up against her and ‘touching me up’, were also read.

In another message, Mr Hill said: ‘Of course I will escape when I can, I want you to be part of my future. You know how much I love you.’

Asked whether he loved the claimant, Mr Hill told the tribunal: ‘At some stage, I believe I was in love with her.’

He further texted: ‘I’m truly sorry, I hope we have a future in the long term.

‘Hoping I could look after you and care for you like I have done. Didn’t know your feelings were a million miles from that. Sorry. I couldn’t cope with a loveless future as I have that now.

‘If I could propose to you today, I would. But if you’re not interested, then what’s the point. I’d end up in torture.’

Parts of a secretly recorded conversation between Ms A and Mr Hill were also read out at the tribunal, with the claimant accusing him of ‘rubbing’ up against her and ‘touching me up’. 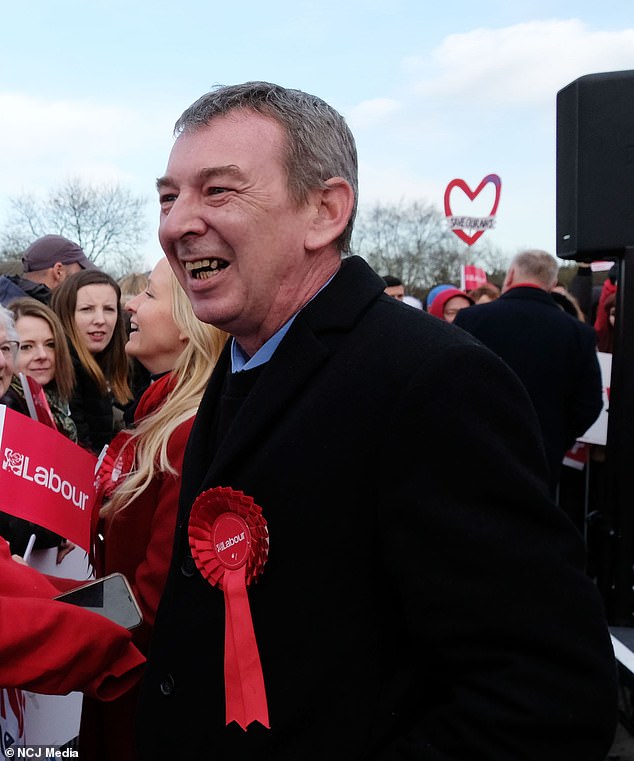 Mr Hill told the hearing the comments were ‘contrived’ as Ms A was referring to ‘cuddles’ that he claimed were ‘quite often’ initiated by her.

Asked what he meant by cuddles, Mr Hill said: ‘Ms A was a tactile person and would often want a hug.

‘Short hugs mainly, reassuring hugs between friends. They stopped when the individual wanted it.’

Mr Hill said he was ‘wearing my heart on my sleeve’, which was ‘not unusual’ for him.

In a further message, he described himself as being ’emotionally f*****’ and told the tribunal that his ’emotions were all over the place’ at the time.

Mr Hill, who stood down as an MP in March, has denied the allegations of sexual harassment against him.

Earlier in the hearing, he said he had received training on the issue of sexual harassment while in a previous role as a regional organiser for the trade union Unison.

Mr Hill was suspended from the Labour Party in September 2019 over the allegations, but was reinstated in October of that year to fight the general election.

He resigned from his seat in March, triggering the by-election that saw the former red wall seat of Hartlepool swing dramatically to the Conservatives.

A YouGov poll today gave the Conservatives a 15-point advantage over the opposition after winning the Hartlepool by-election and major mayoral races in the Tees Valley and West Midlands last month.

The tribunal, which is due to last a week and a half, continues.