Medals awarded to Edward VIII's chauffeur go on sale for £1,800

Medals awarded to royal chauffeur who drove Edward VIII during abdication crisis and was Queen Mary’s personal driver for 30 years emerge for sale for £1,800

The medals awarded to a royal chauffeur who drove King Edward VIII during the abdication crisis have gone on sale for £1,800.

William Figg, who was originally a stable boy from Ashendon, Buckinghamshire, learnt to drive the first electric cars in 1904 so he could ferry the royals around.

He formed a close bond with Edward’s mother Queen Mary as her personal driver for over 30 years, and also chauffeured the Prince of Wales during the early stages of his controversial romance with American socialite Wallis Simpson.

This meant he was aware of the courtship long before it became public knowledge, with the royal dramatically abdicating the throne after 11 months in 1936 to marry the divorcee.

Mr Figg died aged 86 in 1966 and his collection of four medals, including his Royal Household Faithful Service medal, is going under the hammer with London-based auctioneers Dix Noonan Webb next week. 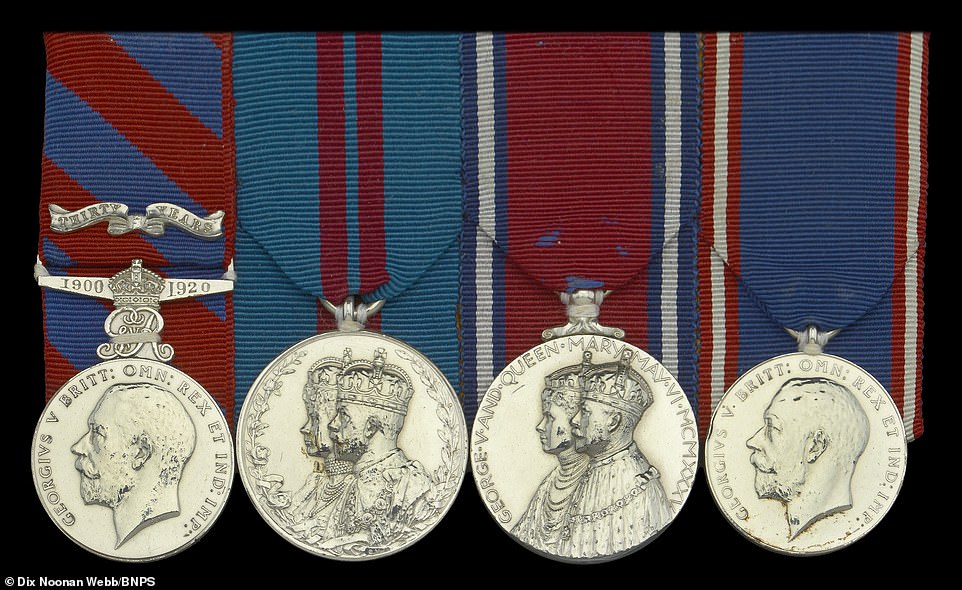 The medals awarded to a royal chauffeur who drove King Edward VIII during the abdication crisis have gone on sale for £1,800. William Figg’s medal group consists of the Royal Household Faithful Service Medal; Coronation 1911; Jubilee 1935; The Royal Victorian Medal. 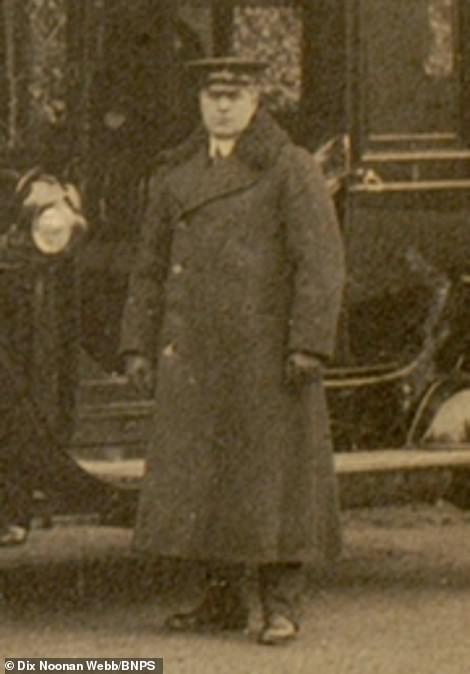 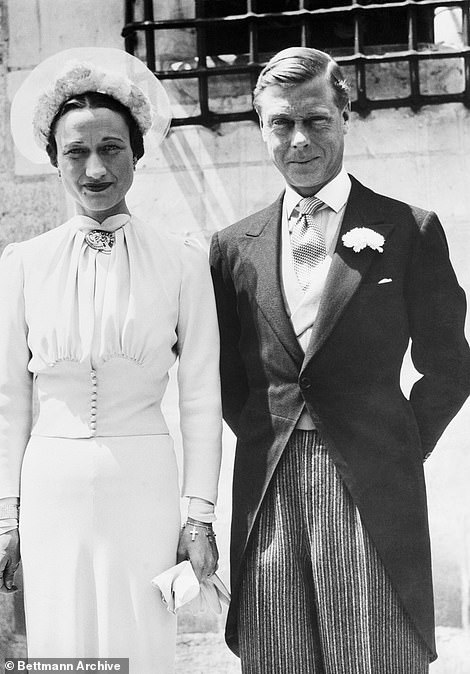 January 1931 – Wallis meets Prince Edward in January 1931, after being introduced via her friend Lady Furness

August 1934 – Wallis admits she and Edward are no longer just friends, after joining him on a cruise

January 1936 – King George V dies. Edward asks Wallis to watch the proclamation of his accession with him from St. James’s Palace

August 1936 – The pair enjoy a cruise around the Adriatic sea with friends. Details of their relationship appear in the American press

June 3, 1937 – The couple get married in the south of France. Wallis was formally known as the Duchess of Windsor, but was not allowed to share her husband’s title of ‘Royal Highness.’

Mr Figg drove electric Broughams and was praised by Queen Mary for his ‘fine driving to Balmoral’. When he retired in 1936, he lived in Kennington, south London, on an estate belonging to the Duchy of Cornwall.

He attended Queen Mary’s funeral with his wife in 1953.

The archive, which has been consigned by a private collector, also contains letters from the Royals to Mr Figg and photos of him driving Queen Mary.

‘He held the position as Chauffeur to Queen Mary until the death of King George V in 1936, although he drove most members of the Royal family including the King on many occasions.

‘He also drove the Prince of Wales, later King Edward VIII, whilst he was courting Mrs Simpson, and was well aware of his clandestine meetings long before they became known to the public.

‘He drove King Edward many times when the abdication crisis was reaching its peak.’

‘Although he started as a stableboy, he embraced the new technology of the car and went onto have an illustrious career in the Royal Household, being party to some of the key historic moments of the first half of the 20th century.’

The sale takes place on November 10.

After his abdication, Edward was made the Duke of Windsor by his brother – the new King George VI – and granted the style of His Royal Highness.

However, after their marriage and decision to settle in France, Edward was upset by the King’s decision to issue Letters Patent which denied Wallis the style of Her Royal Highness.

Edward received a tax-free allowance from his brother which went some way to maintaining his and Wallis’s lavish lifestyle. He also made money from illegal currency trading. 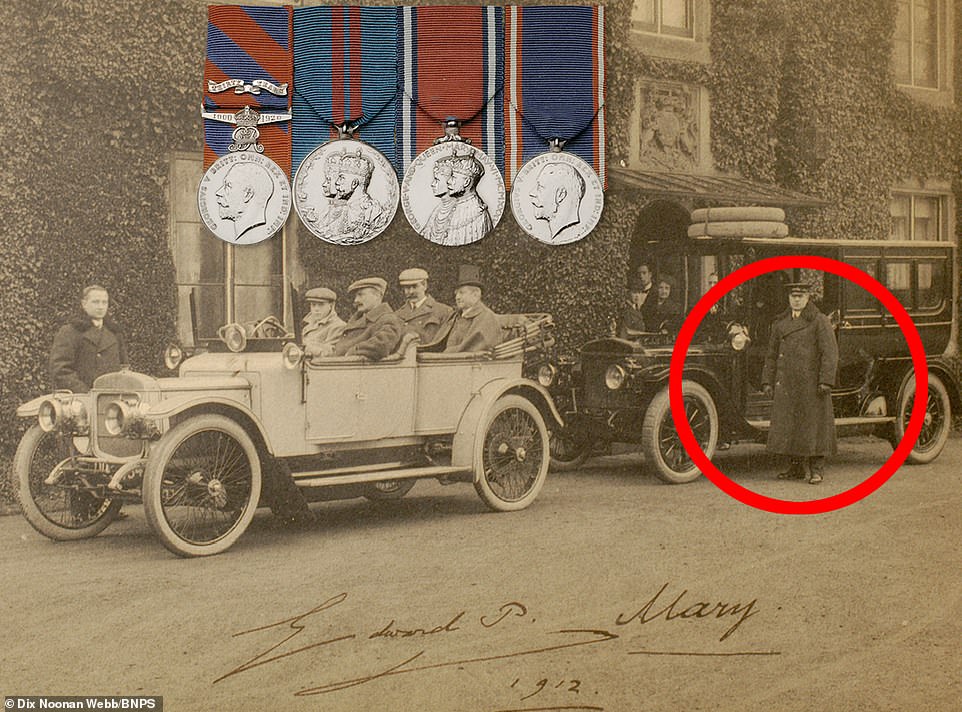 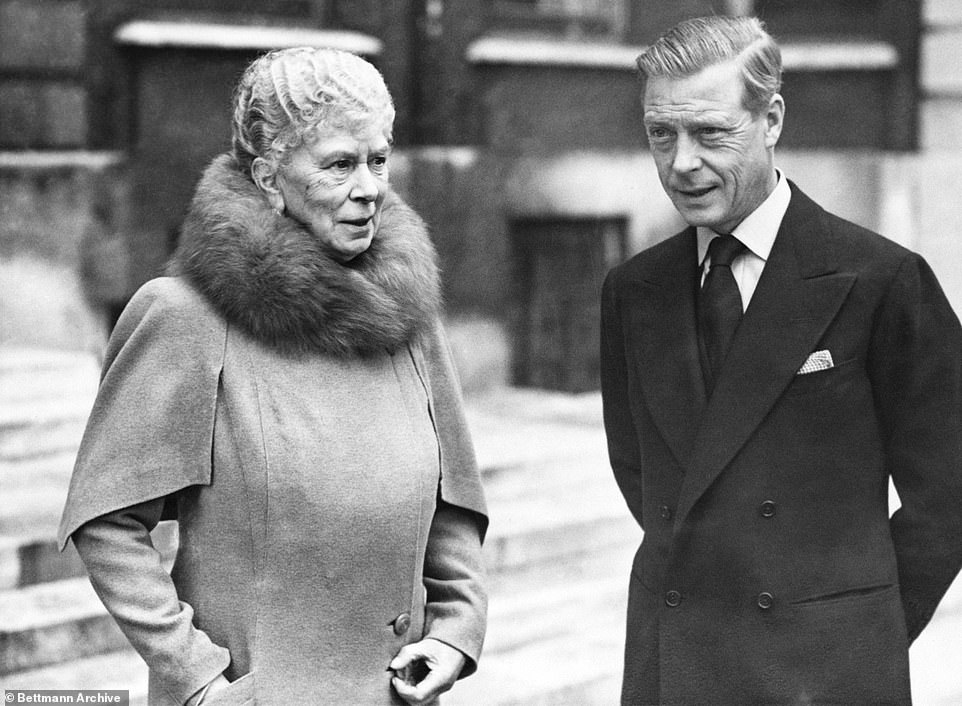 Queen Mary is seen above playing hostess to her son when he visited her in 1945, eight years before her death at the age of 85 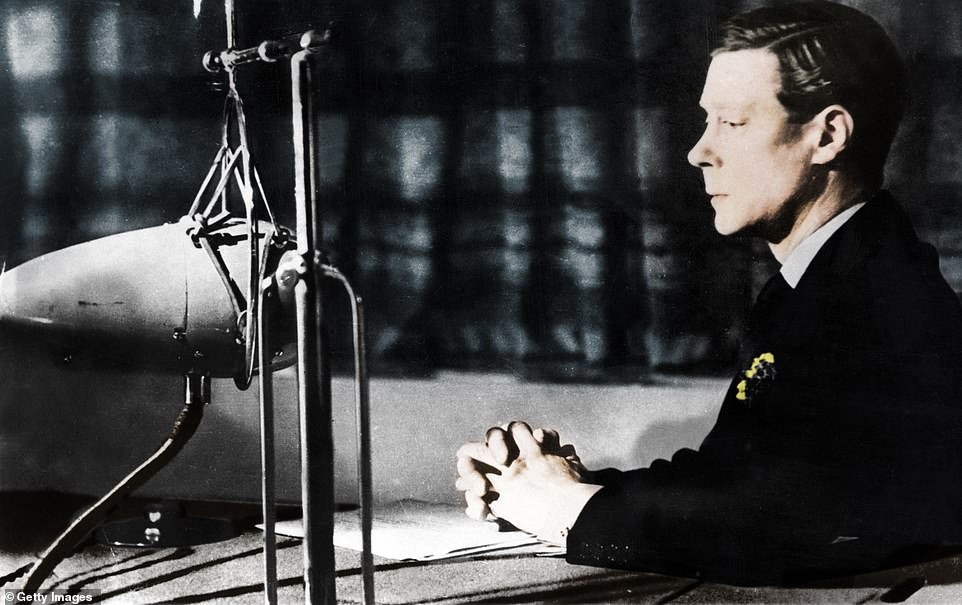 The solemn King Edward VIII giving his abdication broadcast to the nation and the Empire, on December 11th, 1936

The difficult relationship which Edward had with his family after his abdication was depicted extensively in Peter Morgan’s Netflix drama The Crown.

One month after George’s coronation, Edward married Simpson at the Château de Candé in Monts, France. Four months into their marriage, the couple visited Germany as Hitler’s guests.

Meanwhile King George’s popularity soared as a wartime monarch and he became a figure of stability despite previously being marred by his speech impediment as well as a reputation for being unprepared.

The boon to his reputation was aided by his decision to remain in London as the bombs of the Blitz rained down on the capital.

George died of ill health in 1952, leaving his daughter Elizabeth, 25, to take over as Queen in a spell that has seen her become Britain’s longest-reigning monarch.

Love letter from Edward VIII to his OTHER mistress Freda Dudley Ward moaning about ‘pompous’ royal life sells for £7,000

A love letter from Edward VIII which reflects his disenchantment with life as a royal, years before he met Wallis Simpson, has sold at auction for £7,117.

It was bought by a UK-based telephone bidder, who asked to remain private, at Cheffins auctioneers in Cambridge today.

Edward wrote the letter to his mistress Freda Dudley Ward, who was at the time married to Liberal MP William Dudley Ward, while aboard the ship HMS Renown as it took him on a royal tour of Canada. 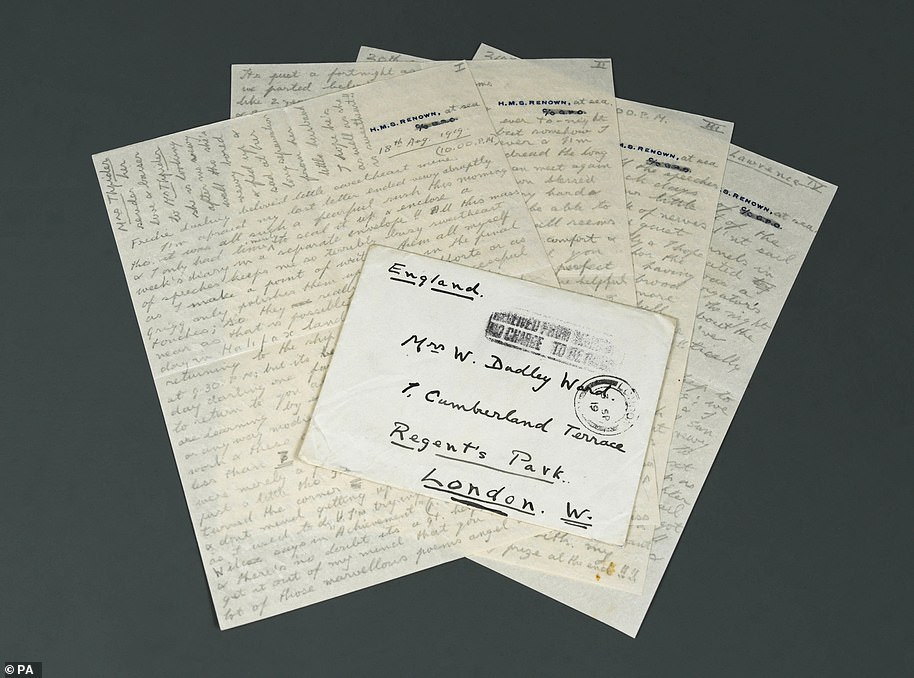 Pictured: The love letter from Edward VIII which was sent to Freda Dudley Ward and reflects his disenchantment with life as a royal, years before the constitutional crisis over Wallis Simpson

Their affair continued until 1934, only ending when Edward became involved with American socialite Mrs Simpson, who he met in 1930.

Edward reigned as king from January 1936 until December of the same year, when he abdicated to marry divorcee Mrs Simpson.

Charles Ashton, a director at Cheffins, said Edward’s 1919 letter to Mrs Dudley Ward gives a window into his ‘disenchantment with his life as a royal’.

In the letter, Edward refers to speeches he had made, writing: ‘What I think of all this official wonk and these cornie pompous stunts and I’ve made no less than 7 speeches today.’

He described Canadian prime minister Robert Borden, whom he had dined with, as ‘such a stick and deadly dull except re politics and I can’t tackle him on that subject’.