A prominent Melbourne property agent and president of the Real Estate Institute of Victoria has been arrested over the alleged theft of open for inspection signs.

MJ Docking and Associates director Adam Docking was arrested and interviewed on Tuesday as part of an investigation into the theft of signs believed to have been from other real estate agencies. Docking has not been charged with any criminal offences. 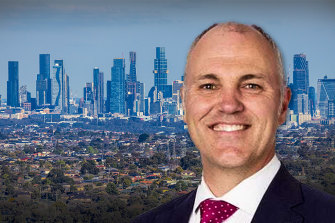 “A search warrant was executed as part of a theft investigation at a property in Cantala Court, Vermont South, on Tuesday, April 19 about 7.15 am,” a police media spokesperson said.

“Police located several small A-frame signs at the property. A 51-year-old Vermont South man was arrested at the scene without incident. He was interviewed and released pending further enquiries. The investigation is ongoing.”

Docking resigned from his position with the REIV on Wednesday, with the real estate body refusing to comment on the incident citing the ongoing police investigation. It’s understood the institute’s board will meet next week to discuss his replacement. 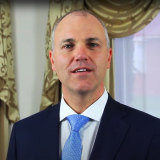 Adam Docking was arrested and interviewed on Tuesday. Credit:YouTube

Docking refused to comment when contacted by The Age. A press release about his election to the role of REIV president in October last year explained how Docking got into the business after his father started the agency he is now director of in 1983.

“As we look to 2022, I’m determined to continue building REIV’s position as the voice of the real estate sector at every level of government and across the business community so that the sector is recognised as the significant economic contributor that it is,” Docking said at the time.

“I will also focus on support and advocacy for our members – existing and new – as they adjust to the dynamic market under COVID-normal conditions and make a greater connection to the communities they operate in.”