Moment car thief drives off with an £18,000 Mercedes from owner’s driveway after posing as a buyer on AutoTrader

This is the moment an Autotrader buyer turns out to be a car thief and drives off with an £18,000 Mercedes from its owner’s driveway.

The man, who called himself Jason, had been in touch through the popular car sales site and arranged to view the motor on Monday morning.

Its owner, hairdresser Roberta Sanna, 36, had to take her father to an appointment so left her sister Monica, 32, in charge of the sale. 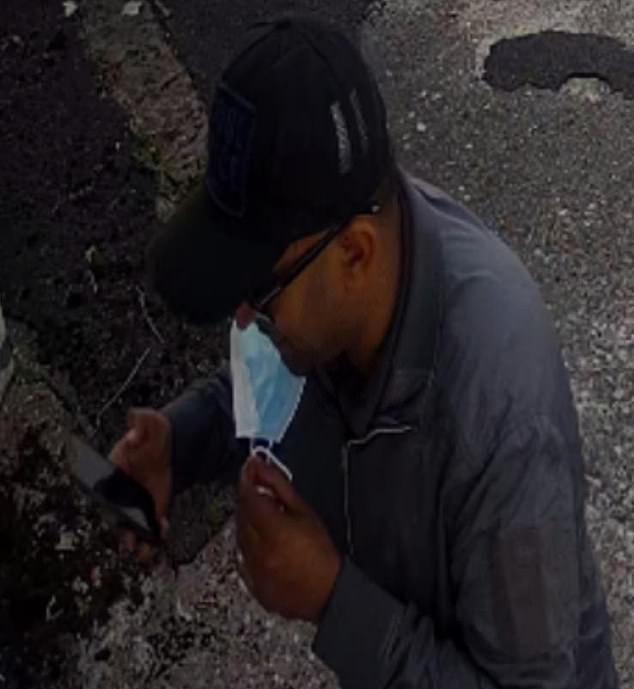 ‘Jason’ was described as being in his late 30s, had dark glasses, a cap and was wearing a mask 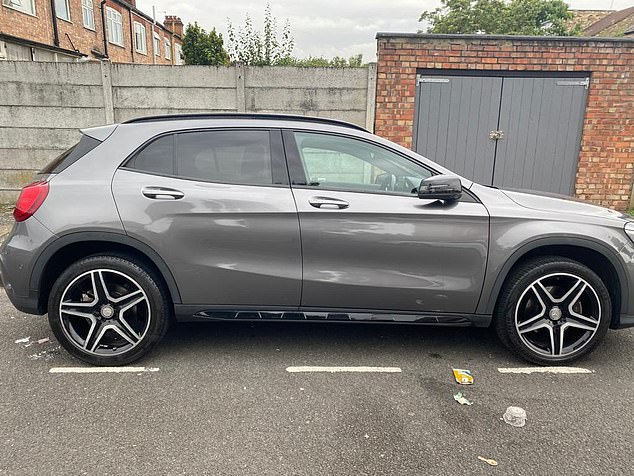 She said: ‘I was at home with my Mum when he came to the door. He had said it was for his sister but explained that she had dropped him off and gone to the local retail park to change her child’s nappy.

‘He was probably in his late 30s and had dark glasses, a cap and was wearing a mask. He was Indian Asian looking.’

Monica went on: ‘He really took his time looking over the car and was there almost an hour.

‘He went through all the service history in detail and then said the original service wasn’t showing and that it might show if I gave him the key.

‘I gave it to him and he was there for another 20 minutes. At one point he got his ‘sister’ on the phone to say she was five minutes away and was coming over to discuss the price.

‘Then he just suddenly drove off. I went after him but he turned left and was out of sight. I felt so stupid and absolutely helpless.’

The family tried to ring ‘Jason’ but the number they had was now switched off.

To make matters worse, Roberta had bought another car and transferred her insurance to the new vehicle leaving the Mercedes without any cover. 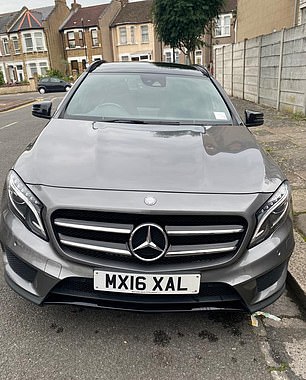 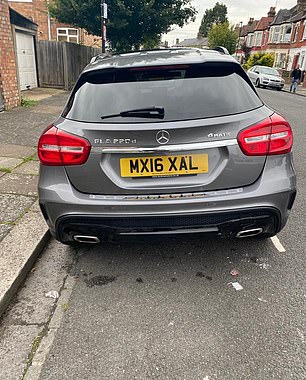 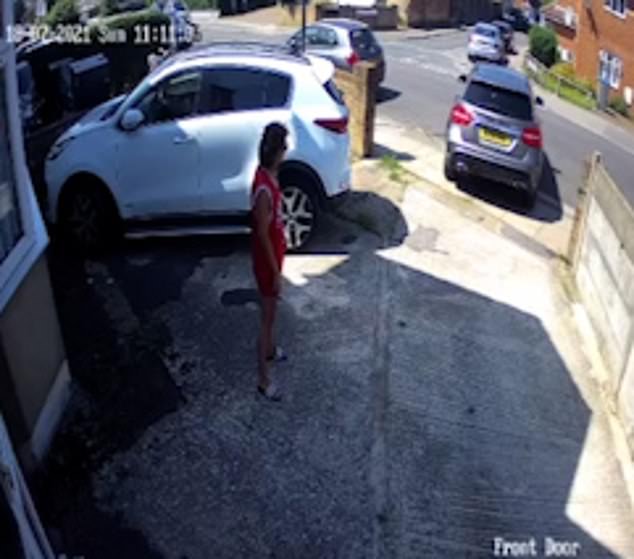 Monica, who lives in Enfield, north London, added: ‘We reported it to the police but they are pretty useless when it comes to stolen vehicles and seemed uninterested.

‘They said they’d come over but they haven’t. I just know this man has done this before so I am hoping that publicity might get him caught.’

The crime took place just after 11am on Monday morning with the stolen vehicle being driven off Pembroke Avenue and then down Carterhatch Lane.

‘We have also been in touch with Autotrader,’ she said, ‘but they say they are just a platform and take no further responsibility.

‘To me that needs to change because I am hearing that this happens a lot. If they demanded some identification from those wanting to view the cars they advertise then that might make a difference.

‘My poor sister is really stuck and so out of pocket. She has finance still to pay on the Mercedes he stole and no protection because she transferred the insurance to her new car.’