This is the shocking moment a pony was repeatedly whipped by its callous owner in a supermarket car park.

The frightened animal is seen trying to pull away as the owner continues to beat her in front of horrified shoppers at least 15 times.

Onlookers said they saw Reid hit the animal forcefully with his arm raised above his head and he appeared to strike her every few seconds for several minutes on October 10 last year.

Reid has now been banned from keeping animals for five years after the shocking footage led to a prosecution following an RSPCA probe.

He was sentenced at Blackpool Magistrates’ Court after pleading guilty to two animal welfare offences. 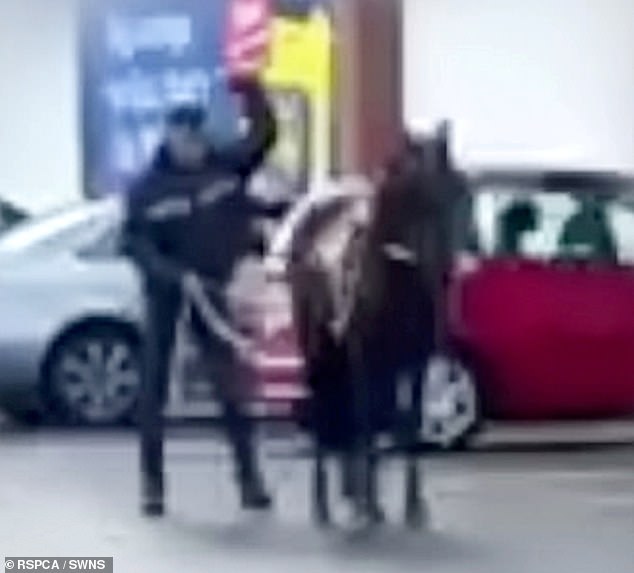 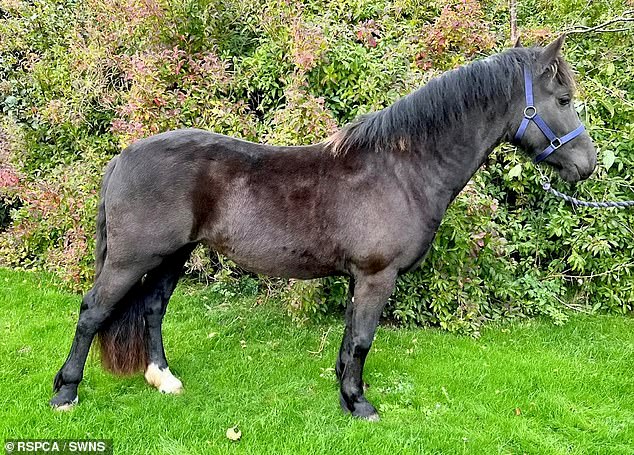 The first was for causing unnecessary suffering by repeatedly beating his pony, a yearling filly, and the second was for not meeting her needs.

Following the shocking footage, RSPCA Inspector Will Lamping launched an investigation and found Pebbles, a yearling filly, was underweight with prominent shoulders and backbone and her ribs visible.

The stable she was kept in was in a filthy state as the floor was covered in horse faeces and there was ivy, which is poisonous to horses, growing at the back.

Inspector Lamping said Pebbles had no clean area or bedding to stand on or any feed available to her.

She was also seen chewing the wood of her stable which horses often do when they are not receiving adequate nutrition.

A vet attended and her report, which was submitted to the court, said: ‘The stable had no bedding in whatsoever.

‘The floor was deep in wet and faeces, with a number of plastic bags also being present mixed into the faeces. This environment was completely unsuitable for a horse due to its unsanitary conditions.

‘There was nowhere clean or dry for the horse to rest in comfort, or to protect it from the cold, hard stone floor’. 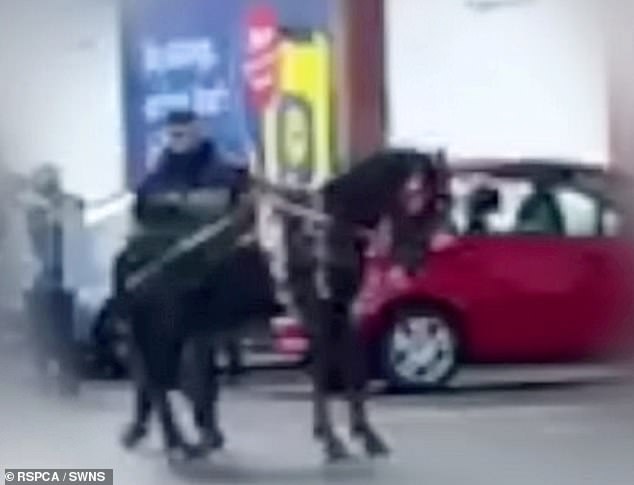 The frightened pony, called Pebbles, tries to to pull away as the owner continues to beat her 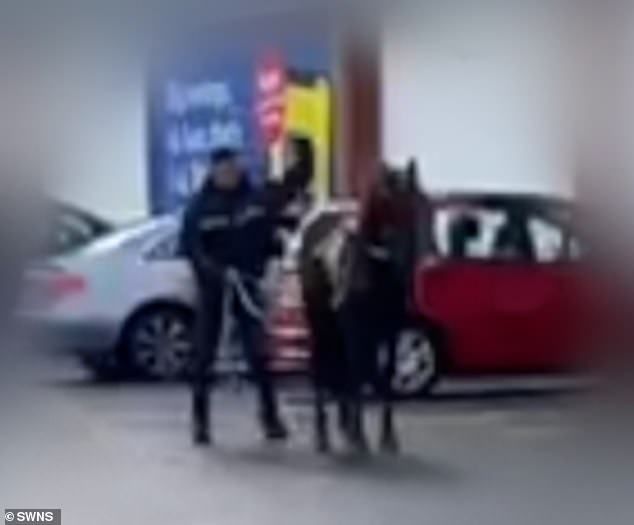 Pebbles was taken into possession by police and placed into the care of the RSPCA.

Mitigation was given in court that the conditions Pebbles was being kept in were only temporary and Reid was intending to sell her on.

Magistrates implemented the five year ban, which he cannot apply to terminate for three years, and sentenced Reid to 10 weeks in prison, suspended for 12 months.

‘She was very young and as a yearling she required teaching to educate her rather than being reprimanded in such a way.

‘By beating a pony in a way that causes fear and pain can ultimately affect how she learns and interacts with humans going forward.’

Reid transferred ownership of Pebbles over to the RSPCA who will now be able to continue her rehabilitation and find her a loving new home.