AS the padlock clinked on her bedroom door, Jasvinder Sanghera felt the walls close in around her.

Shut inside and tormented for two long weeks, the 15-year-old, from Derby, knew the only way out was to agree to marry a "much older" stranger, whom her family had arranged for her to wed from the age of eight. 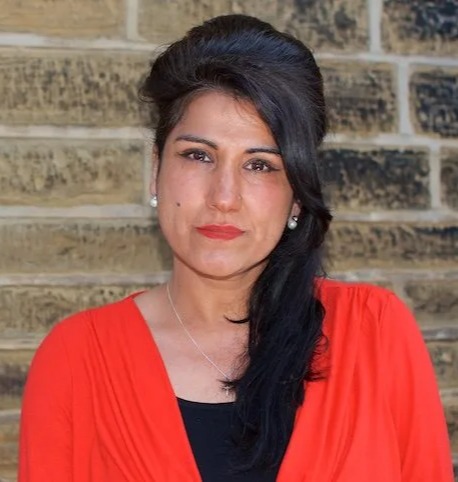 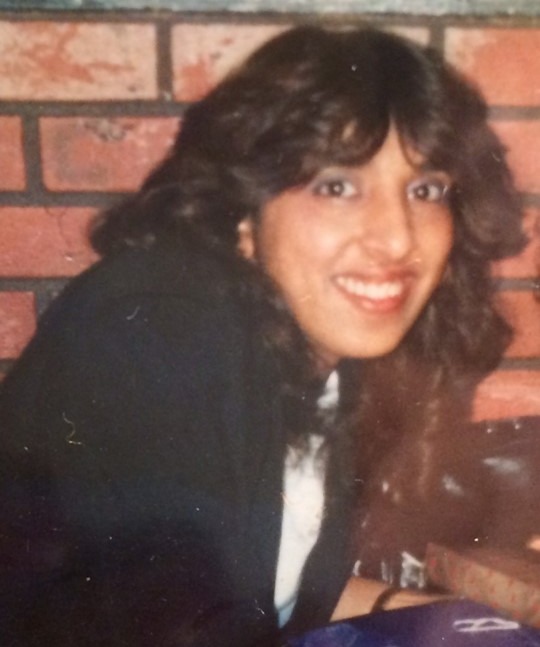 Jasvinder says those two weeks “felt like a lifetime” and after initially promising to go through with the marriage, she became extremely depressed.

Out of desperation, she tried to take her own life with tablets – only to allegedly be refused medical treatment by her parents and told it “wouldn’t change anything”.

When she finally gathered up the courage to run away from home in 1981 ahead of her wedding, she claims she was disowned by her family for bringing “shame” upon them and later branded a “prostitute” by her mother.

Tragically, her sister Robina suffered an even worse fate.

Years later, after accepting an alleged forced marriage, she ended her life at the age of 25 – horrifically setting herself alight with an oil lamp.

“My family disowned me for what I had done, the only person I had a relationship with was my sister and that was in secret," Jasvinder, now 56, tells The Sun.

“There was domestic abuse within her marriage and despite pleading with her to leave him she feared dishonouring the family.

“She begged mum and dad to help, who called in a community leader, but she was made to return to her abusive partner.

“One night, she told them she was going to set herself on fire, went upstairs, took an oil lamp and poured it on herself.

“I had no idea she had died until someone who knew my family came up to the marketplace where I worked and told me to call home.

“It seemed they thought it was better for my sister to take her own life than leave her husband and bring dishonour and shame to them.

“The worst part is that she was suffering domestic violence and they continued to send her back to her abuser – in my opinion, my sister was driven to suicide.”

'Mum was perpetrator in my life'

Last month, shocking new data revealed that the number of 'honour-based' abuse offences recorded by police in England has soared 81 per cent over the past five years.

Among the most notorious cases of so-called ‘honour-based’ abuse is the tragic story of Banaz Mahmod who was murdered in 2006.

Her father, uncle and relatives plotted her killing after she left an allegedly abusive marriage and found a partner of her own choosing.

For Jasvinder, the horrendous story came as no surprise.

Raised as a Sikh, she was one of seven sisters and throughout her childhood watched them being flown overseas to be married in their teens.

She claims her school never questioned their absences and after one sister returned, they were put into the same class – despite her being older.

When she was 14, Jasvinder was sat down for a talk with her mother, who explained for the first time how she must go through with an arranged marriage.

She was very clear, 'You either come home and marry who we say or from this day forward you are now dead in our eyes’

“I came home from school and mum showed me a picture of a man who looked much older and was shorter than me,” she recalls.

“I didn’t want to marry a stranger but mum said I had to and I would damage my family’s reputation if I dared to say ‘No’.

“Never had any of my sisters questioned her and at 15 – after I protested – I was taken out of school and held prisoner in a room with a padlock on the door.

“I was locked in the room for what seemed a lifetime. Roughly it was for a couple of weeks until I finally agreed to marry – but even then my freedom was monitored for longer."

After she was finally freed from the room, Jasvinder attempted an overdose but says she was told by her family that it "wouldn’t change anything".

“They refused to take me to the hospital and coffee was poured down my throat," she adds.

Family 'would give Oscar-winning performance' to explain absence

Jasvinder ran away at 16 years old and says she was “thankful” that a police officer believed her claims and didn’t try to send her home.”

“Often families will say anything and everything the police want to hear – but when the door is closed, that’s when a person is most at serious risk.

“When I was locked in the room, my best friend came to my house to ask where I was and my mother shooed her away.

“I’m sure my family would have given an Oscar-winning performance to explain my absence if they needed to.”

After running away, the police officer encouraged Jasvinder to call her family and during the call she claims to have been issued with a blunt threat.

“Mum was very clear, 'You either come home and marry who we say or from this day forward you are now dead in our eyes'," she recalls.

“Later she told me, ‘I hope you give birth to a daughter who does to you what you have done to me and only then will you know what it feels like to raise a prostitute'.”

Jasvinder now has children and grandchildren of her own but claims her family refuses to acknowledge her or any of her offspring.

Instead, she’s ploughed her energy into helping those who have been affected by “honour-based” offences.

In 1993, she founded Karma Nirvana, which helps people to escape abuse and trains services to recognise it.

The charity has now trained half of the UK's police forces and Jasvinder has also given presentations to other services, as well as writing her memoir 'Shame'.

Jasvinder spent 25 years with the charity until 2018 and during that time worked on a number of campaigns.

They included working for a day of remembrance for victims of ‘honour-based’ violence and hopes to increase the legal age of marriage to 18 to protect young people.

“It’s nonsense really, you can’t buy alcohol at 16 but you’re allowed to consent to get married?” Jasvinder says.

Where to get help

Whenever it happened to you, it’s never too late to get support.

If you’ve ever experienced sexual violence or sexual abuse, you can get confidential support from specialists who will listen to you, believe you and understand how hard it is to talk about.

As a victim, you’re entitled to support whether you report the crime or not. Your rights are set out in full in the Victims’ Code.

Visit gov.uk/sexualabusesupport to see the support on offer.

She also hopes the UK will wake up and face the true extent of ‘honour-based’ abuse.

“Our helpline received 900 contacts a month and every victim calling had experienced 'honour-based' abuse," she says.

“These issues are not just confined to South Asian communities they affect a lot of Afghanistanis, Somalians, white British women too and others.”

One thing Jasvinder finds inexcusable is services not tackling instances of supposed ‘honour-based’ abuse out of fear of being branded insensitive or racist.

"Hundreds of kids are going missing from school and part of it is that some professionals don’t want to get involved," she says.

“They don’t want to cause offence or be called racist but I find that appalling, I’m offended that they don’t consider safeguarding and that plays into the abuse.”

Fears reported offences are tip of the iceberg

Jasvinder believes the recent rise in reported offences, which was obtained after receiving data from 28 of 39 constabularies across England, doesn’t reveal the true extent of the problem.

This is because it’s not mandatory for police forces to record ‘honour-based’ abuse and it depends on their understanding of the oppressive form of control.

Victims also struggle to speak out due to being forced to keep quiet by their families – while others are not confident that the police will understand the nuances of their situation.

“I would say the perpetrators 99 per cent of the time are from within the family, from people who are supposed to love you,” Jasvinder says.

“It’s not only men but mothers, sisters and aunties – my mother was the key perpetrator in my life and was the mouthpiece of the family.

She added: “While I’m pleased more people are able to report abuse, the figures are not representative.

"A woman can easily be taken outside the country and killed. We’ve no idea how many unmarked graves there are overseas and even in this country.

"If a person facing 'honour-based' abuse went missing, it’s unlikely that anyone from the family would report it.”

You can find more information and support at Freedomcharity.org.uk and Karmanirvana.org.uk. 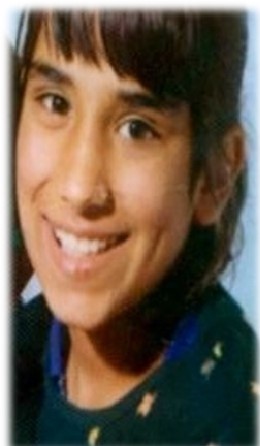 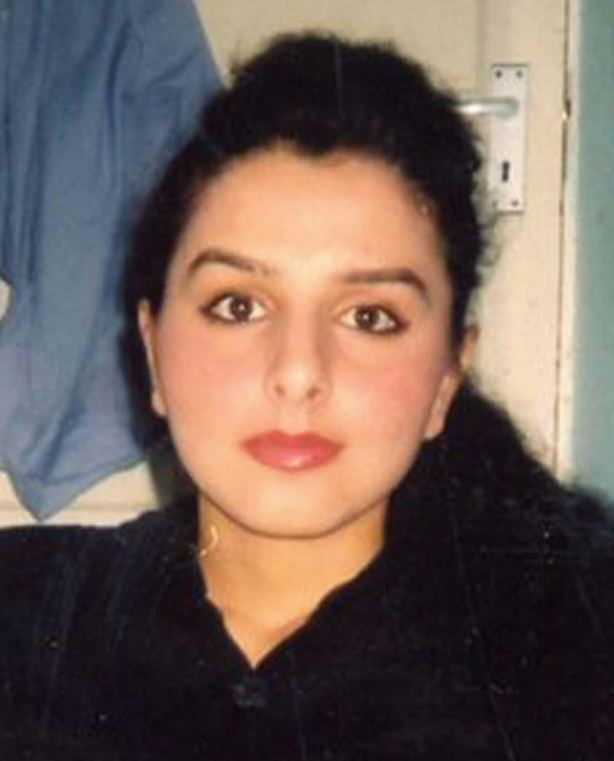 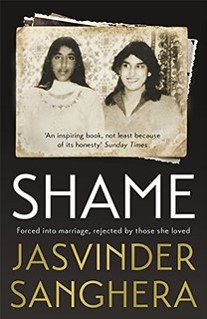 If you have been affected by any of the issues raised in this article, support can be found at: