Nadine Dorries said children as young as five have been ‘throwing the contents of their lunchbox in the bin’ with eating disorders soaring by 22 per cent over the past 11 months.

The mental health minister, 64, said the increase had come during the pandemic as coronavirus lockdowns put ‘particular pressure’ on people with eating disorders.

She said children as young as five were disposing of their meals but ‘leaving the wrappers in’ so teachers would mistakenly believe they had eaten the food.

The Tory MP for Mid Bedfordshire added that the impact of social media was ‘huge’.

It follows Professor Tim Kendall, national clinical director for mental health at NHS England, saying he was not satisfied that the health service was doing well enough to detect eating disorders. 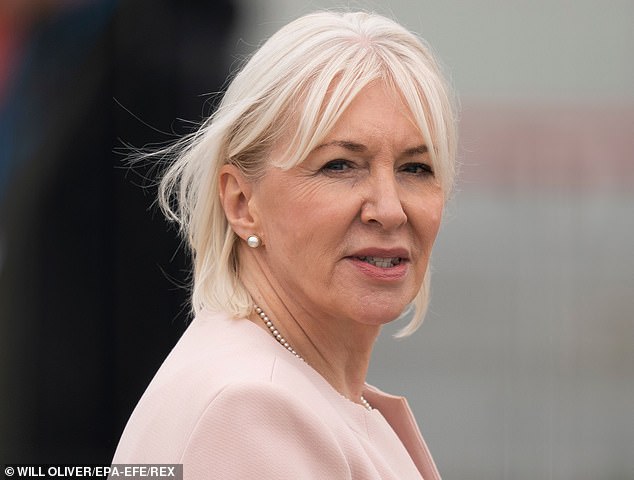 Nadine Dorries (pictured above), 64, said the increase had come during the pandemic as coronavirus lockdowns put ‘particular pressure’ on people with eating disorders

Prof Kendall told the Health and Social Care Committee of MPs: ‘We have got another issue, which is detecting this kind of problem, eating disorders, across the whole of the health service, and I’m not satisfied that we’re doing that well enough.

‘That’s primary care as well as in areas like emergency rooms and so on.’

Ms Dorries said that eating disorders had been ‘the biggest issue’ recently, adding: ‘We’ve seen a 22 per cent increase in demand just over the past 11 months in eating disorder referrals and demand for services.

‘It’s a very complex issue. It surrounds lots of things such as body image, social media, but lockdown brought a particular pressure and a particular strain on those young women who had been concealing, managing, living with eating disorders, and it kind of came to a crisis point during lockdown.’

She added: ‘You know, children as young as five disposing the contents of their lunchbox in the bin and leaving the wrappers in to tell teachers that they’d eaten what was in the lunchbox when they hadn’t.’

Asked to what extent the online world has an influence on eating disorders, anxiety, depression and self-harm, Ms Dorries said: ‘Huge. 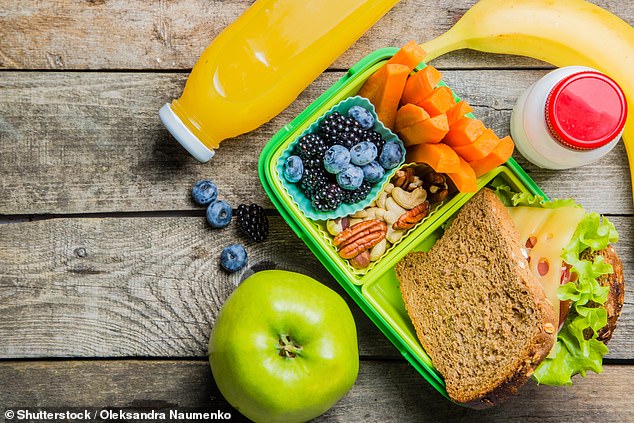 ‘I saw recently a supermodel who had given birth 48 hours previously sat in a bikini by a swimming pool – that was not her body.

‘That was absolutely a touched-up, enhanced, whatever they do to photographs, that was it.

‘And I just couldn’t help think that any pregnant woman who is looking at social media accounts who sees that will believe that that is what she should be looking like 48 hours after she has a baby.’

She added: ‘I don’t think you can blame social media per se, but I think it would be absolutely naive to say that there is no link between the eating disorder crisis that we have, and we saw happening before the pandemic even struck – not a crisis at that time but certainly we saw the uptick and the escalation.

‘It would be naive to say that there is no causal link between the number of young people using Instagram and other social media accounts and looking at these perfect body images and believing that that’s what their body should look like.’ 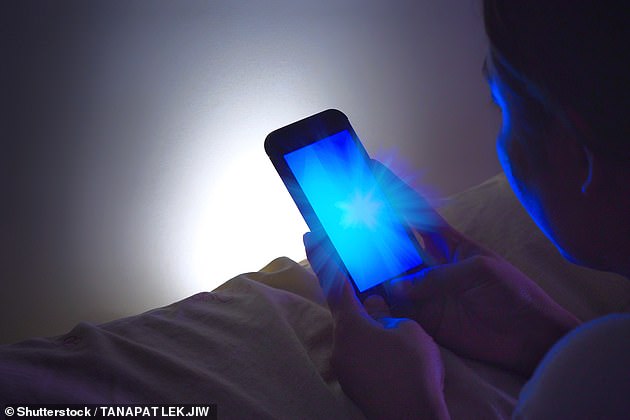 Ms Dorries added that the impact of social media was ‘huge’. It comes as NHS England announces £40million of additional funding for mental health care for children and young people (file photo)

She said: ‘I will continue to hold industry’s feet to the fire because I think our young are in the grip of a triple lock, where they have sky high expectations on them.

‘People pumping notions of short-term cuts to health and happiness – whether it’s their weight or idealised lifestyle, and these kinds of ever-present pressures.

NHS England has announced £40million of additional funding for mental health care for children and young people, part of which is to bolster eating disorder services.