A Royal Navy officer groped a junior sailor’s leg before telling her he wanted to ‘bend her over and split her open like a can of beans,’ a court martial has heard.

Petty officer Lee O’Donnell is accused of drunkenly staring at the woman’s chest, telling her she was ‘fit’ before saying he would like to put her in a handstand and lick her ‘up and down’.

The married sailor’s ‘crude’ behaviour left his alleged victim questioning whether the Navy was the ‘right place’ for her, the court was told.

The hearing was told the incident occurred when PO O’Donnell was working as an instructor on an aircraft engineering course at HMS Sultan in Gosport, Hampshire.

Bulford Military Court, Wilts, heard that following a series of messages in the course WhatsApp group, PO O’Donnell had arranged to meet up with some of his pupils at the navy base’s Gearbox Bar.

The petty officer turned up to the bar already ‘p***ed’ and sat around a table on an L-shaped sofa with his alleged victim and the rest of the group, the court heard. 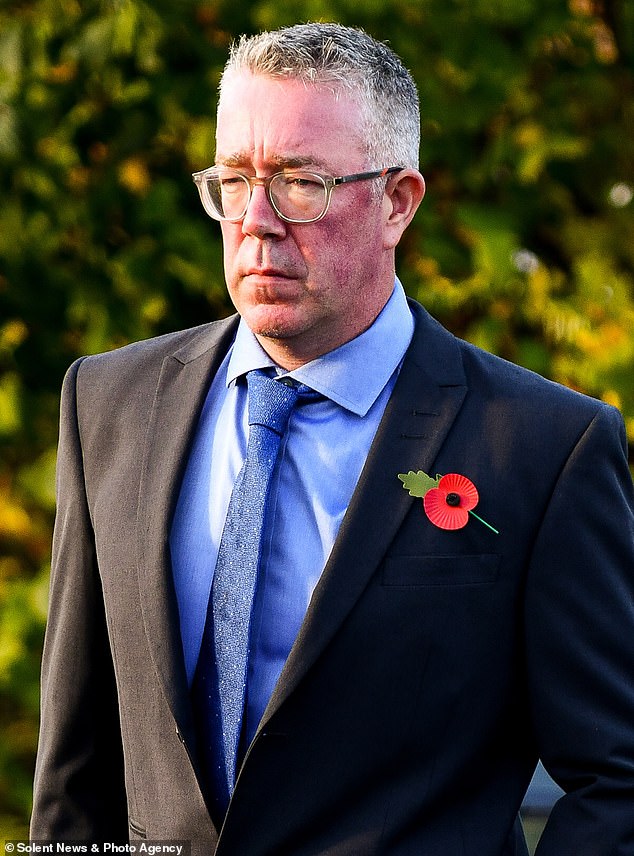 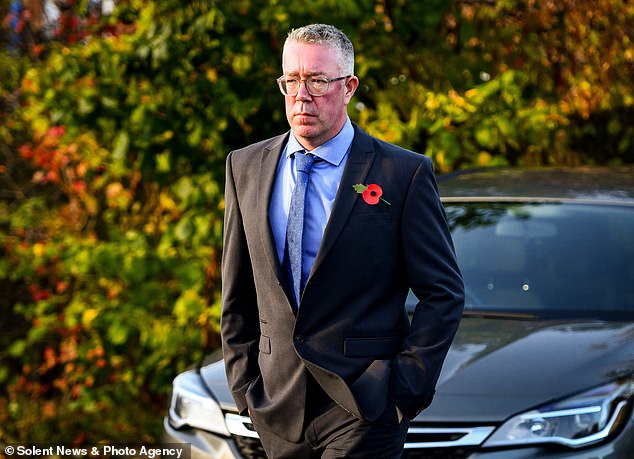 He told service police that he could not remember anything about the night, the court heard

He had already drunk three bottles of wine at a ‘cheese and wine’ event with a fellow officer before drinking cider and shots of tequila in the bar, the board was told.

PO O’Donnell was sat around a table with five sailors when he is alleged to have groped the woman.

The court heard that the course had an ‘inside joke’ about people staring at the woman’s nipples after a senior officer was caught doing so within two weeks of her starting in the Navy.

Whilst at the table, PO O’Donnell looked at the woman’s chest himself, and said ‘I can see why senior was looking at your nipples,’ the court heard.

Major James Eveleigh, prosecuting said: ‘[PO O’Donnell] stared at her chest and made a comment about her nipples. He placed his hand on her right leg and moved it up towards her groin.

‘His hand was slapped away [by the woman,] but he put it back and began to squeeze her leg. [He then] invited the party to admire how ‘fit’ she was, and made crude comments about her [in front of the group.]

‘He invited her to take him back to his cabin.’

In a police interview recording shown to the court, the female sailor – who cannot be named for legal reasons – said: ‘His left hand with his wedding ring on, went on my leg.

‘He started feeling up my leg. He got everyone to look at me and said ‘she’s so f***ing fit.’

‘I did get a bit scared. I started thinking, is the Navy right for me?’

The following day PO O’Donnell instructed a class with the group, the court was told.

The ‘hungover’ petty officer told students that he had vomited red wine everywhere in his cabin, the court heard.

After the incident had been reported to police, PO O’Donnell was interviewed and charged.

He told service police that he could not remember anything about the night, the court heard.

The court heard he has since left the navy, where his LinkedIn shows he worked for more than 20 years.

PO O’Donnell, who has since left the Navy, denies one charge of sexual assault.