The Department of Homeland Security has approved nearly 6,000 Ukrainians to enter the U.S. through an online application system that lets them gain legal authorization to fly to U.S. airports and then stay with Americans who have agreed to sponsor them, the agency said Monday.

The launch of the website meant the closing of a popular but dangerous and illegal route many Ukrainians had taken via the U.S.-Mexico border, where, after having entered Mexico on tourist visas, they were transported from camps in Tijuana into California. After April 25, U.S. Border Patrol officers began turning back Ukrainians trying to cross the southern border. 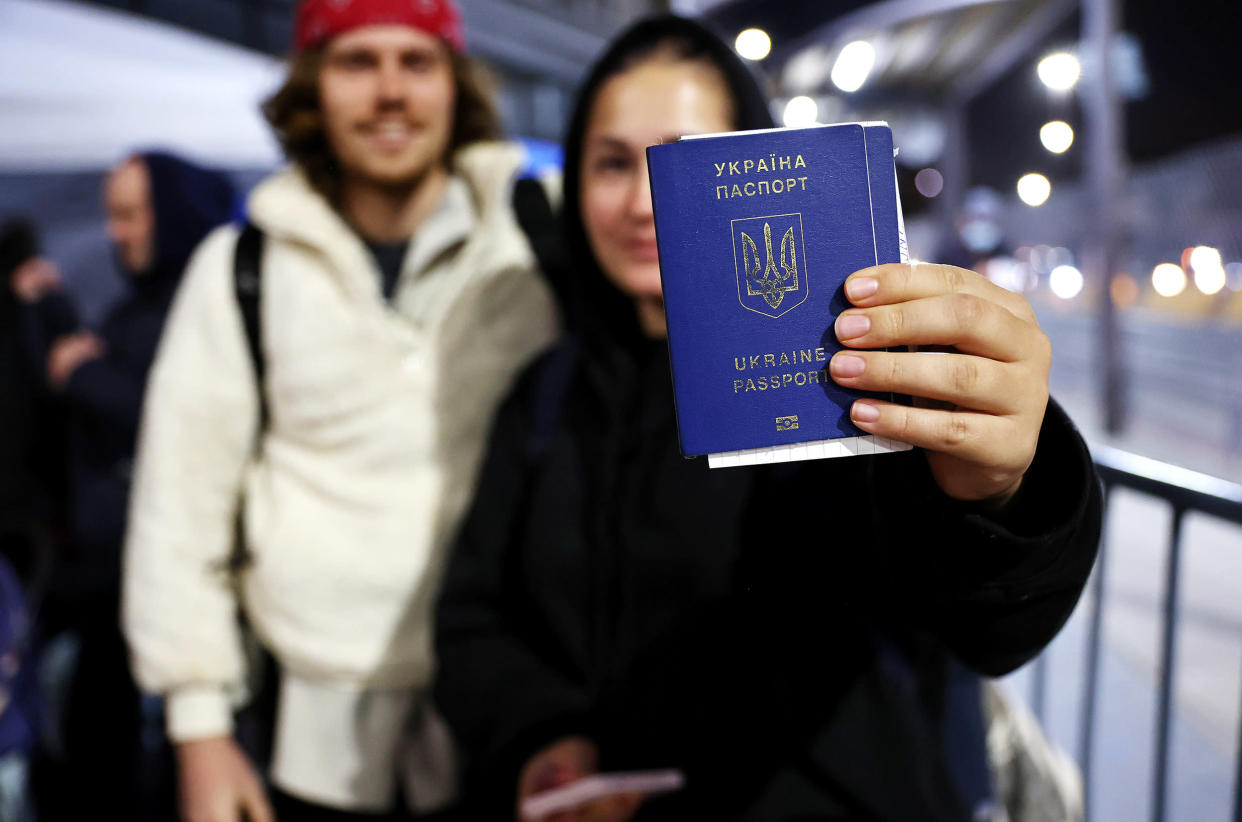 Uniting for Ukraine then became the only viable path for Ukrainians to enter the U.S. Its lengthy paperwork and sometimes confusing requirements proved onerous for many, said refugee rights organizations and some Ukrainian Americans attempting to sponsor their family members.

Some of the requirements included proving the cash value of assets still in Ukraine, providing vaccination records dating to childhood and asking for bank records of U.S. sponsors to establish they could support the Ukrainians they were hoping to help.

DHS said in a statement it has received more than 19,000 applications from U.S.-based sponsors, some hoping to sponsor multiple Ukrainians, such as families.

“DHS has worked to make the Uniting for Ukraine process as streamlined as possible to ensure Ukrainians who fled Russia’s unprovoked war of aggression and who qualify are able to expeditiously come to the United States,” the agency said in a statement.

The thorough vetting process, it said, is meant to screen and vet “Ukrainian citizens and their U.S.-based supporters to identify and screen out individuals who may pose a threat to the American public, protect against exploitation and abuse, and ensure that supporters are able to financially provide for the individuals they have agreed to help.”