Neighbour 'who prodded woman in the chest' cleared of assault

A man who confronted his neighbours for travelling 100 miles to their second home during a coronavirus lockdown has today been cleared of assault.

Brett Ashton, 62, allegedly prodded a woman in the chest as challenged Martin and Jacqueline Davis after they had driven over 100 miles to get to their Dorset seaside flat.

He was said to have been ‘red-faced’ when he ‘came at’ Ms Davis in the car park, telling her ‘you shouldn’t be here’.

Ms Davis and her husband, who is a part-time paramedic and property developer, bought the flat in Highcliffe with his wife on February 12, 2021.

Poole Magistrates’ Court was told that the couple drove down every Thursday from their home in Thame, Oxon, to be there.

At the time the country was in the grip of the third lockdown when people were told to stay at home.

Ms Davis, 60, accused Mr Ashton of assault by prodding her in the chest a number of times during the heated argument. She also said he made a ‘cut-throat’ gesture towards her. 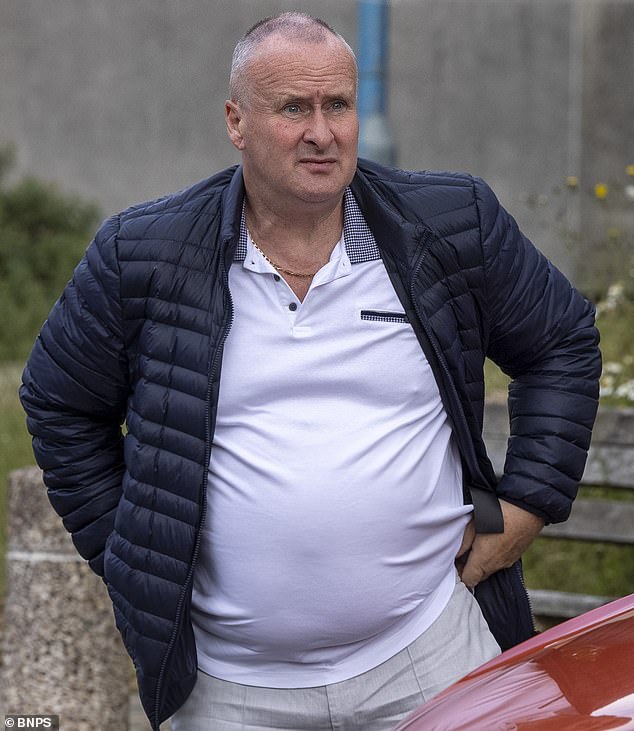 Brett Ashton, 62, was cleared of assault after magistrates ruled there was no ‘clear evidence’ any offence occurred 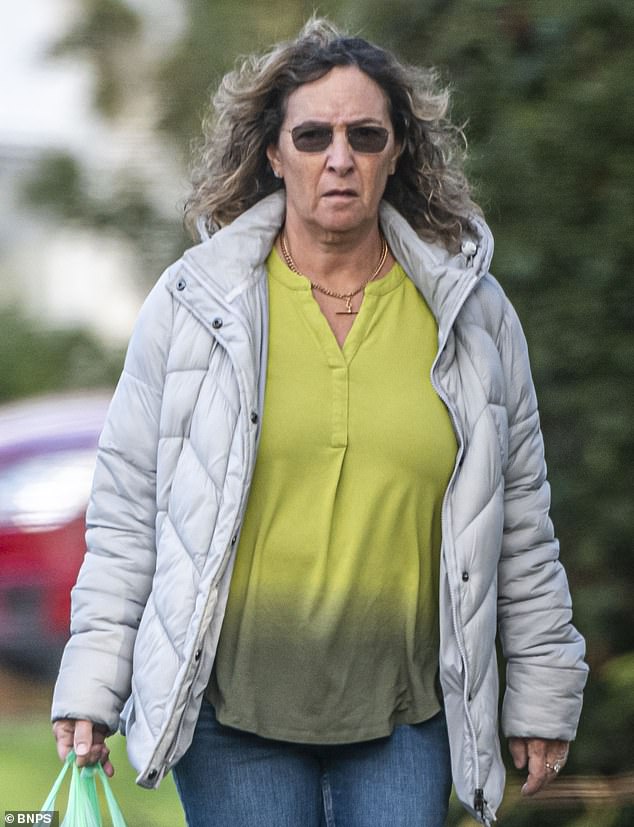 Mr Ashton, retired landscape gardener and director of the management company for the block of flats in Highcliffe, Dorset, denied touching Ms Davis.

Neighbour Gordon Hungerford witnessed the exchange and told magistrates that Mr Ashton maintained a space of 6ft during the row, in accordance with covid guidelines.

Afterwards the Davis’ went inside and called 999 to report the alleged assault. Mr Hungerford, a retired military and commercial pilot, also called 101 to make an allegation of a covid breach by the Davis’.

Magistrates in Poole found Mr Ashton not guilty of assault after hearing evidence from all parties.

Afterwards Mr Ashton said: ‘I am relieved that justice has been done. I would never abuse a woman and I’ve been so worried about this court case.’

Mr Hungerford said: ‘We believe it has been a waste of taxpayers’ money. Brett and I had asked ourselves “what is this doing in court?”

The Davis’ bought the two bed flat in Beacon Court, Highcliffe, for £335,000. They said they were landlords and had hired contractors to do the property up to rent out.

Mr Ashton owned a flat in the same block and as a director of the management company he was responsible for maintenance and the running of the site of 24 flats over four blocks.

On February 26, 2021, he was having a meeting with fellow director Mr Hungerford and found some large boulders in the car park which prevent people parking on the grass verge had been moved.

Mr Ashton told the court that as he lifted them up to put them back, Mr Davis remarked: ‘Be careful old man, you will get a heart attack.’ 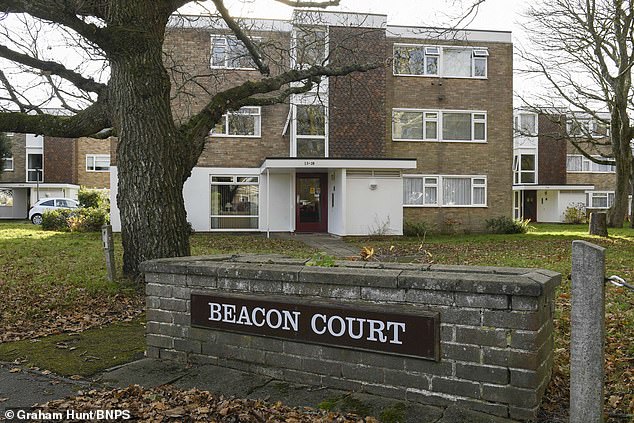 The dispute took place at Beacon Court in Highcliffe, Dorset, over allegations the Davis’ were breaking coronavirus restrictions

Giving evidence behind a screen so she wouldn’t have to see the defendant, Mrs Davis said he stormed towards her.

She said: ‘My first reaction was “it’s Covid, I have got a low immune (system) and this guy was right in my face and wasn’t wearing a mask.”

Mrs Davis said the defendant jabbed her in the chest a couple of times before her husband came over and calmed things down. She said as they walked away he made a ‘slit your throat’ gesture.

Mr Ashton told the court that he and the Davis’ discussed the use of the bins, moving the car park stones and the couple travelling through covid but he never touched Ms Davis and would never hurt a woman.

He said: ‘I’m very worried about the virus myself so I wouldn’t have gone near Ms Davis spitting, I would never do anything like that.

‘I’m on blood pressure tablets and I’ve got asthma so if I catch anything like that it affects me more than a normally healthy person.

‘We weren’t having a go, they were shouting at us.’

Mr Hungerford, 72, told the court he had lived at Beacon Court since 1996 and had been a director of the management company for 17 years.

He said: ‘We were face-to-face in the car park, about six feet apart – it was covid so people were aware of distance. It was not a friendly conversation but I wasn’t worried about fists flying.

‘My main issue was covid, what were they doing down here during lockdown. They claimed because they were landlords they had the right to be there.

‘I told them “unless you are doing a new contract or there’s a big problem like a boiler bursting, I can assure you you have no right to be down here. Coming down every Thursday like you are, you’re not allowed to do that.”

‘I told them if they were not gone by the time we got back from our meeting I was going to call the police about them breaching covid [regulations].’

Mr Hungerford replied: ‘I certainly had, and was encouraged to do so by 101. I reported them on February 26 and when the police arrived they said we have got two calls to attend, a 999 and a 101, which are you?

Mr Hungerford said the assault allegation was ‘not true’. He added: ‘He (Mr Ashton) never even raised his hands. I have come to court to give a truthful account. If he raised a hand to a woman I wouldn’t be standing here.’

He said: ‘Obviously a very heated argument took place that day. Emotions were running high with covid at the time. There is no clear evidence that the offence had occurred.

‘For all those reasons we are not satisfied beyond reasonable doubt and find you not guilty.’