NEIGHBOURS say a woman would "need a pair of binoculars", after claims she's selling her £450,000 dream home because she can see into next-door's shower.

They said Pauline Boyd is just bitter about losing her view and wouldn't be able to spot them soaping up, with the new block 50 metres away from her house. 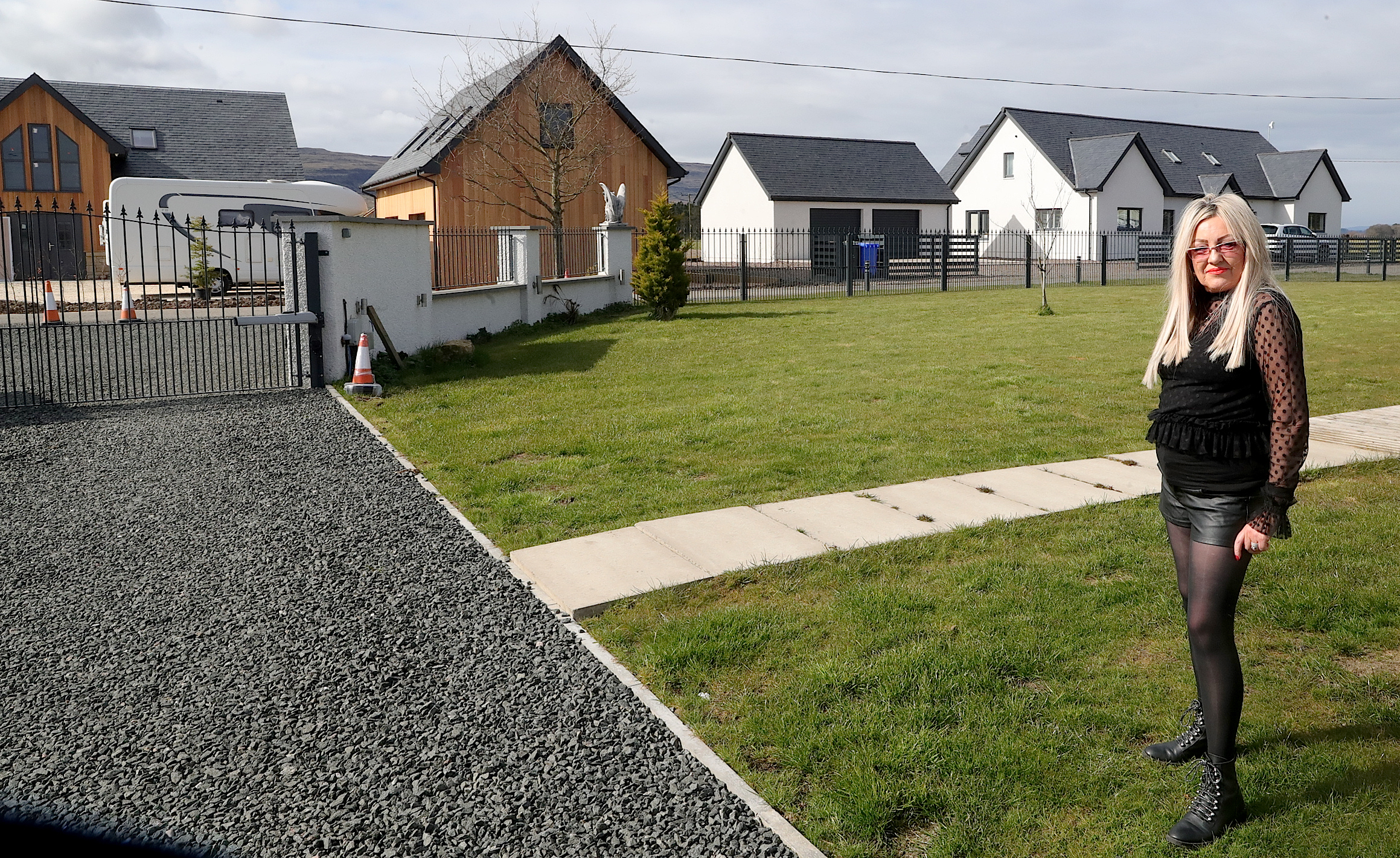 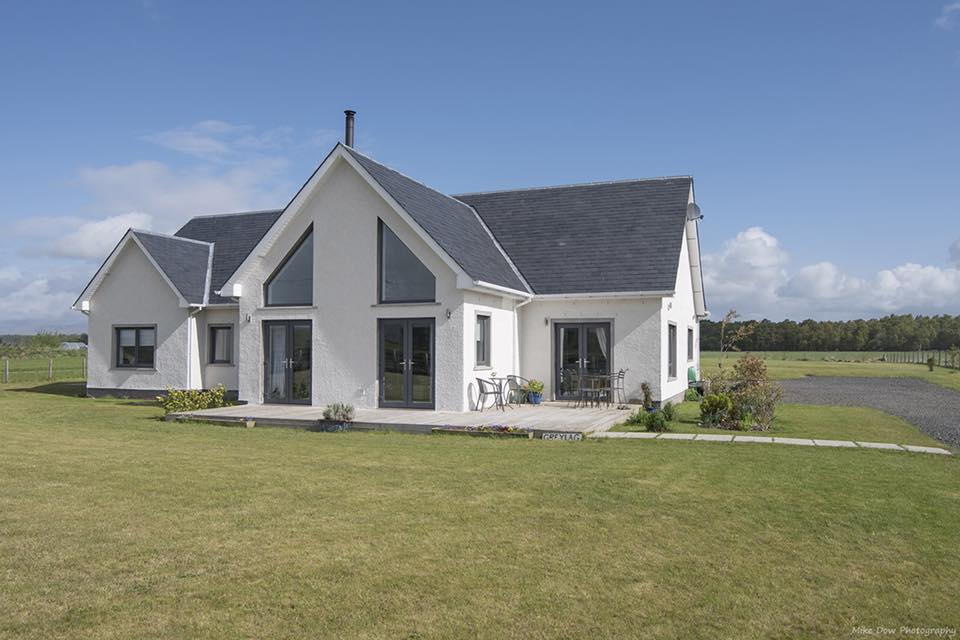 Ms Boyd told how she had bought the Scottish home three-and-a-half years ago, but her peace was shattered when a new house was built beside her property.

She claimed she is now faced with seeing into next-door's bathroom while having her dinner.

But neighbour Euan Fotheringham, 18, told the MailOnline: "She says she can see people showering through one of the windows in the shed across the road from her.

"But the window's fogged out so you can't see through it and she may need a pair of binoculars too because it's a fair distance away.

"It may be close compared to other houses nearby but all the houses have an acre each and people in the city would say that is a lot. I'd say it is a lot to be fair even if she doesn't think so."

And another neighbour, Emily Hall, said: "I think what's happened is it has been distant housing historically.

"Compared to what was there [when Ms Boyd moved in] they are on top of each other, but it is relative to where you are." 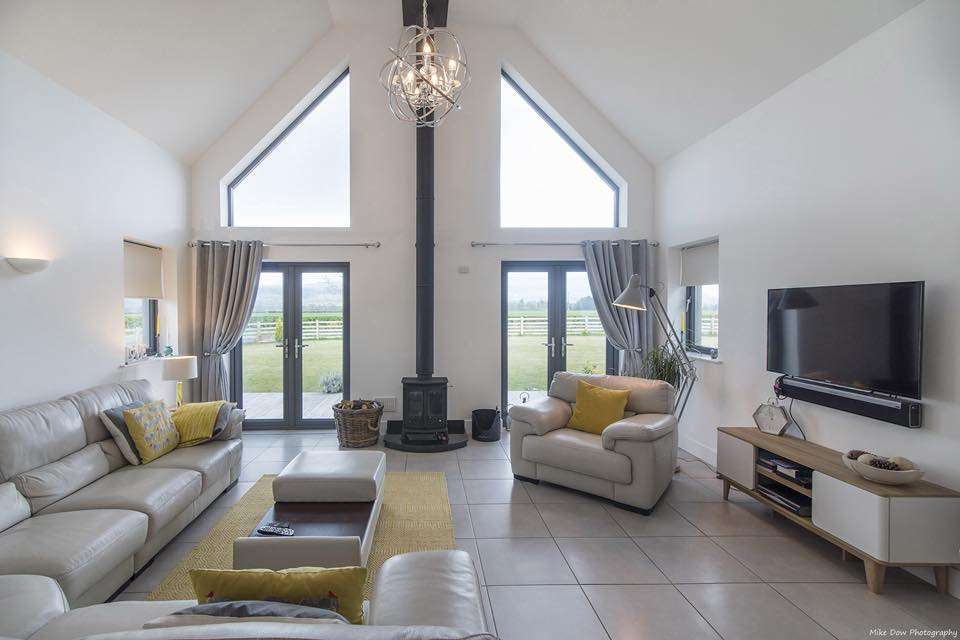 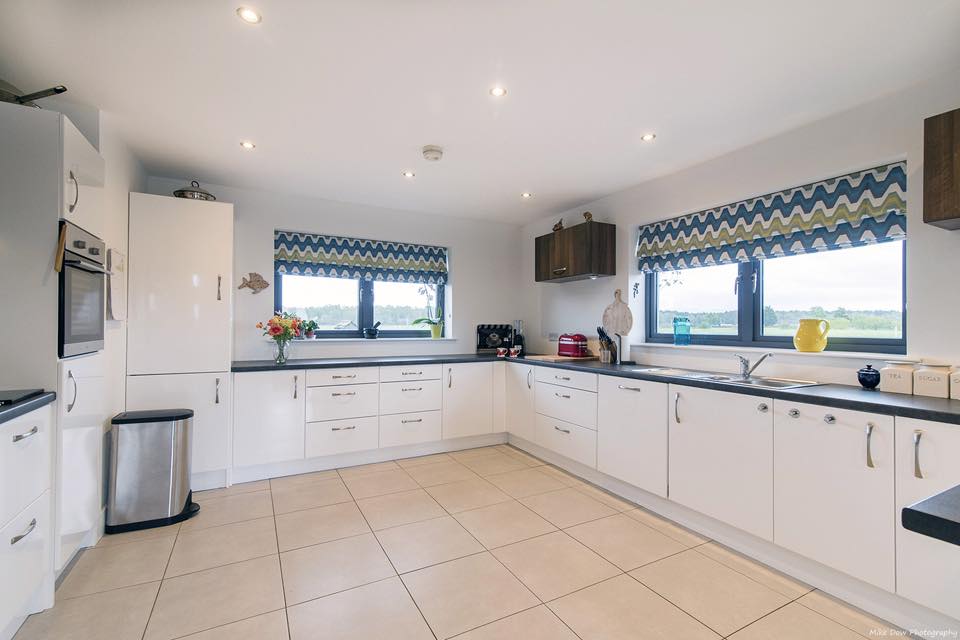 One local said each property is built on acre plots, so they weren't very close.

They added Ms Boyd is likely just unhappy she's lost the "stunning" view she once had.

But Ms Boyd insists her kitchen and living room views in Greylag, Rossburn Lane, have been ruined.

Ms Boyd told the Observer: “When we first got here, it was quite rural and while we had neighbours, they weren’t really in your face.

“We had moved up to Turriff in Aberdeenshire but I was missing family so much that I was down every six weeks so we decided to get a base down here and I had always wanted to stay near Stirling Castle so it seemed like the perfect spot.

“In January 2019, the owner decided to sell a bit of his land near us and the property that is there now has a garage that looks right into where we eat.

“There is also a shower room in the property and so we can see people through there while we’re eating our dinner, even though the windows are frosted.

“It’s got to the stage that our stress levels are really bad and really impacted our lives – we’re having to keep our shutters closed but we don’t want to be doing that.”

But the window's fogged out so you can't see through it and she may need a pair of binoculars too because it's a fair distance away.

Now she is hitting out at council planning chiefs, who she says never informed her of the details of the planning application.

Planning was first applied for in March 2019, with a second application submitted for approval in September that year.

And the council have been forced to apologise – after an investigation revealed the employee responsible for sending the letter was distracted by a phone call.

In a letter sent to Ms Boyd in January this year, Stirling Council’s planning and building standards manager, Christina Cox, wrote: “In this instance, the officer correctly identified your property to be neighbour notified, however, the letter was not printed for issue.

“It is likely that the officer was distracted by taking a telephone call midway through the task and did not complete the printing of the letter to issue to you.”

Now Ms Boyd says the nightmare neighbours, and the mix up with the council has forced her to place her house on the market due to the loss of privacy.

She added: “It has been a nightmare with Stirling Council and it has been so badly mishandled in general.

“The systems are in place but they just don’t appear to be working because if we had known about this garage going up, we would have built a fortress or a stronger fence.

“We’re looking for a new place to live because this property is impacting our lives – we moved here for rural living but we feel like fish in a bowl and we can’t even sit in our garden because we’re looking directly on to this garage near the road.

“It’s a shame that we’re having to sell because we’ve done a lot of work on the house.”

In response, a Stirling Council spokesperson said her property was three times the minimum privacy distance from her neighbour.

They added: “The council has apologised in writing to Mrs Boyd regarding this matter and her complaints have been fully investigated.

“Further quality assurance processes have been put in place to ensure this error is not repeated.”