James Jeffrey on Israel: This is the end of the Netanyahu-era

Israeli Prime Minister Benjamin Netanyahu used his final speech in front of the Knesset Sunday to vow a swift return to office, attack his replacement and call out the Biden administration’s effort to revive the nuke deal with Iran.

Netanyahu, 71, stepped aside for the new coalition government led by Naftali Bennett who became the new prime minister after a 50-59 vote. President Biden quickly congratulated the new government.

Bennett’s office said he later spoke by phone with Biden, thanking him for his warm wishes and longstanding commitment to Israel’s security.

Netanyahu described Bennett, who was once his ally, as a political lightweight who does not have the talent to handle the job. 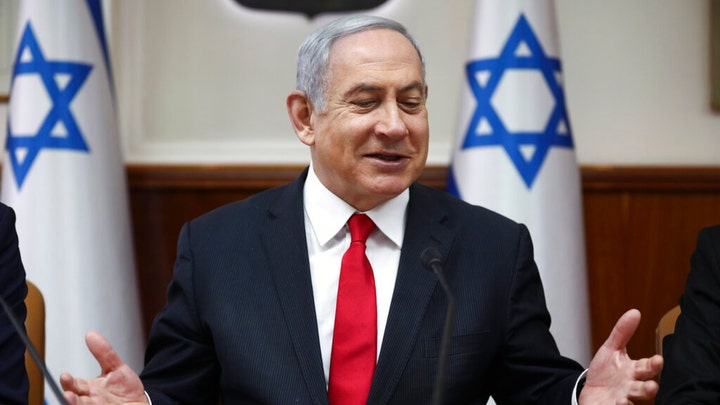 Netanyahu went on to talk about the challenges in dealing with the U.S. He said “the administration” in Washington had asked him “not to discuss our disagreement on Iran publicly.”

“But with all due respect, I can’t do that,” Netanyahu said, according to the Jerusalem Post.

The paper said Netanyahu compared the attempt by the U.S. to return to the Iran nuke deal to the decision by President Franklin Delano Roosevelt not to bomb the train tracks that led to Auschwitz—the concentration camp—when there was an opportunity in 1944.

“The prime minister of Israel needs to be able to say no to the president of the United States on issues that threaten our existence,” he said. The report said Netanyahu recalled his 2015 speech in front of a joint session of Congress to voice his dismay over the Obama-era nuke deal.

The White House did not immediately respond to an after-hours email from Fox News.

The speech was supposed to take 15 minutes but continued for more than a half-hour, according to the Times of Israel. A senior Israeli diplomat told Axios that Netanyahu “decided to damage the U.S.-Israel relationship for his own personal interests and is trying to leave scorched earth for the incoming government.”

Netanyahu said Iran is “celebrating” his loss because “they understand that starting today there will be a weak and unstable government that will align with the dictates of the international community.”

The Times of Israel pointed out that Bennett has also spoken out in opposition to the U.S. return to the nuke deal.

Netanyahu has been clear about his concern about the U.S. rejoining the nuclear agreement with Iran. Last month, after a ceasefire was announced between Israel and Hamas after a deadly 11-day conflict, Secretary of State Antony Blinken visited Netanyahu in Jerusalem.

Netanyahu held a joint press conference with the top diplomat and said, “I can tell you that I hope that the United States will not go back to the old JCPOA because we believe that that deal paves the way for Iran to have an arsenal of nuclear weapons with international legitimacy,” Netanyahu said, referencing the acronym for the nuclear deal, formally called the Joint Comprehensive Plan of Action.

“We also reiterated that whatever happens, Israel will always reserve the right to defend itself against a regime committed to our destruction, committed to getting the weapons of mass destruction for that end,” the Israeli prime minister added.

Netanyahu remains head of the largest party in parliament. The new coalition is a patchwork of small and midsize parties that could collapse if any of its members decide to bolt. Bennett’s party, for instance, holds just six seats in the 120-seat parliament.

The driving force behind the coalition is Yair Lapid, a political centrist who will become prime minister in two years in a rotation agreement with Bennett, if the government lasts.