Our live coverage of the coronavirus pandemic is free for all registered readers. Please also consider supporting our journalism with a subscription.

More than six tonnes of fireworks will be launched into Sydney’s skyline tonight across two displays.

The first is due to start at 9pm AEDT.

If you’ve ever wanted to witness Sydney’s famous New Year’s Eve fireworks display, there’s still time to pack a picnic rug and head to the harbour.

The City of Sydney says free tickets are still available for popular vantage points, but people must book online.

While hundreds of thousands of people would usually be jostling for prime spots to watch the display, the Omicron outbreak is keeping crowds away.

Tickets can still be booked for the following vantage points here.

The vantage points are as follows:

As with previous years, there are major parking restrictions and road closures. Authorities are urging people to leave their cars at home and catch public transport if visiting the city.

A milestone for Sydney fireworks director

Tonight is an extra special night for fireworks director Fortunato Foti, who is marking his 25th year behind Sydney Harbour’s colourful display.

“Sydney’s New Year’s Eve celebration is one of the largest and most technologically advanced fireworks displays in the world,” Lord Mayor Clover Moore said earlier today. 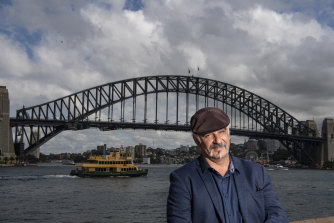 “This will be Fortunato Foti’s 25th year of creating the world’s best New Year’s Eve fireworks display on our amazing Sydney Harbour.”

City of Sydney New Year’s Eve executive producer Stephen Gilby said the show “would not be possible” without Foti International Fireworks, who had worked hard “to get everything up and running for tonight”.

Cr Moore said the bridge pylons will light up at 8.30pm AEDT, followed by the 9pm Welcome to Country fireworks display – curated by Blak Douglas – and accompanied by a hip-hop performance.

She said she will receive a “symbolic message stick on behalf of the people of Sydney”, before the harbour becomes “a sea of blue lights” at 10pm to acknowledge frontline workers amid two years of the COVID-19 pandemic.

NSW Tourism Minister Stuart Ayres said the display was an opportunity to thank frontline workers for their contributions.

“We know as Omicron [variant of COVID-19] is moving around our community, and will for the foreseeable future, that frontline service workers will be so absolutely critical to our public response,” he said.

“We know many people won’t come into the city this year because they are making a conscious decision to put their health first.”

The 9pm and midnight fireworks displays will last a combined 20 minutes. The theme of the evening is “See Sydney shine”.

As Melbourne’s scorching heat begins to ease in the CBD-adjacent suburb of Docklands, revellers have hit the dance floor to the beat of African music.

Brunswick locals Clara Potter, 7, sister Guinevere, 6, and friend Thea Razentals, 6, were among the first to get into the groove at the COVID-compliant outdoor dance floor. 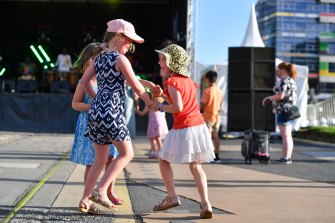 The trio met at a park play date during lockdown and will watch fireworks together for the first time tonight.

Clara and Guinevere’s mother, Emily Potter, said they had been preparing the girls by showing them fireworks videos online.

“They are not quite sure what to expect,” she said.

“They’ve had such a rough year at school that we thought come down and have fun.”

Ms Potter said she wasn’t worried about COVID-19, but had been relieved to see the city empty of crowds on their way down to Docklands.

Maz Mir was also relieved to see an empty celebration precinct when she came down to Docklands with her two children.

“We didn’t want to disappoint the kids, but we are hoping it doesn’t get too crowded.”

How the country’s COVID-19 cases are tracking

As mentioned earlier, the number of coronavirus cases in Australia – particularly along the east coast – has impacted many people’s New Year’s Eve plans.

For some, it means ringing in the new year in isolation. For others, it means scaling back existing celebrations.

Here’s a bigger-picture look at how daily case numbers are tracking across the states and territories.

Thousands of Melburnians are expected to flock to Docklands to watch the fireworks tonight.

The waterfront precinct was quiet just before 7pm AEDT, but Oh Boy! food truck owner Mounir Mahfouz said he was expecting business to pick up when temperatures ease at dusk. 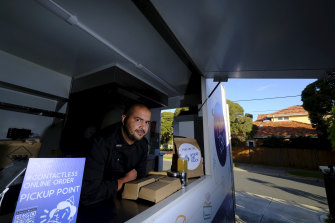 “I have to catch up on the days and months we missed out on work because of COVID.”

Mr Mahfouz, who serves Canadian sandwiches with poutine, said he was able to continue trading during the pandemic thanks to a permanent food truck spot in Brunswick – but his business missed out on large events.

“It’s good that events are back because that’s when we shine,” he said.

Mr Mahfouz is worried some ticket holders will be too scared of catching COVID-19 to come down, but hoped the fireworks would bring in a decent crowd.

“It’s the only site where they are doing fireworks, so we are counting on that,” he said. “We’ve had a shitty year so it’ll be good to see the fireworks.”

Snaring a spot along Sydney Harbour on New Year’s Eve, with prime views of the city’s world-famous fireworks display, usually means lining up among thousands of people.

But with Sydney’s soaring Omicron outbreak putting a dampener on celebrations, the atmosphere is noticeably subdued. 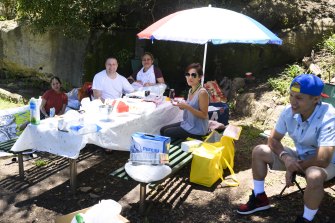 Reuben Korngold and wife Nelia (back), with friends, secured their position at 5am.Credit:Rhett Wyman

Reuben Korngold and his wife Nelia were among just a handful of people who lined up to secure coveted harbour-side spots at Kirribilli early this morning.

“We came here at 5am in the morning to get a prime position and we’re looking forward to having front-row seats of the fireworks,” he said.

“It doesn’t feel like New Year’s Eve without the crowds.”

Watch: The year in review

Before we turn to some of the people preparing to celebrate the new year across Sydney and Melbourne, let’s take a brief look at the past 12 months.

The following reel is courtesy of our video team.

Prime Minister Scott Morrison has struck an optimistic tone in a New Year’s Eve message posted on social media, urging Australians to keep their confidence and look ahead to a better year.

“Despite the tough times we’ve been through these past few years, we can always be thankful in Australia that we live in what we know is the best country in the world,” he said in the video. 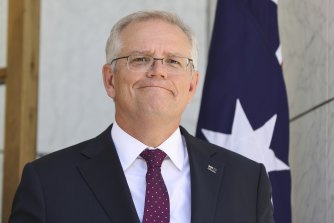 He lauded Australians for the care they showed each other during the trials of the past year.

“It’s our freedom and our preparedness to stand up for that freedom when it counts,” he said. “We’re a quietly confident people with an optimistic spirit.

“That is why, despite the pandemic, despite the floods, the fires, continuing drought in some areas, the cyclones, the lockdowns, even mice plagues, Australia is stronger today than we were a year ago. And we’re safer.”

With an election ahead of him in the first half of 2022, Mr Morrison says his government’s plan for the new year includes keeping the economy strong, keeping Australians safe, and helping rural and regional areas share in the same opportunities as the cities.

“This summer you can play your part in keeping Australians safe by going out there and getting your booster shot and ensuring that children aged 5 to 11 go and get their vaccinations as well,” he said.

“Now as we keep supporting each other, Australia, we will be even stronger, even safer and always together.

NSW’s top doctor has urged New Year’s revellers not to party if they have any symptoms after the state reported 21,151 new cases of COVID-19 earlier today.

Chief Health Officer Kerry Chant said it was likely the case numbers were well above the reported figure. More than 14 per cent of tests processed in the 24 hours to 8pm on Thursday were positive, indicating a significant rate of cases undetected in the community. 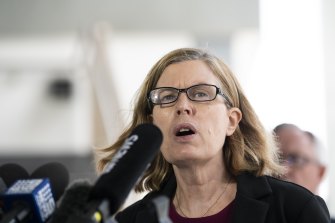 With people likely to come into contact with a COVID-positive person in public, Dr Chant said, “we all have a part to play to reduce the impact of those case numbers”, particularly at New Year’s gatherings.

“Even though it may be that one-off event where you’ve been looking forward to you seeing family and friends, if you have the most minimal of symptoms, I am asking you to stay home, isolate and get a test.”

She urged people to use rapid antigen tests before attending a large party or visiting vulnerable people, such as the elderly or immunocompromised.

“I understand that availability is variable, but if you have got them with you or can access them regularly, we do encourage you to do that,” she said.

She said people should also choose to socialise outside if possible.