This comes as The US and Seoul concluded their biggest-ever air force drills.

The flurry of North Korean launches included an intercontinental ballistic missile and one that landed near the South’s territorial waters.

The launches came as hundreds of US and South Korean warplanes – including B-1B heavy bombers – participated in the Vigilant Storm exercise, which Pyongyang described as ‘aggressive and provocative’.

‘The South Korean military detected four short-range ballistic missiles launched by North Korea from Tongrim, North Pyongan Province, to the West Sea at around 11:32 a.m. to 11:59 a.m. today,’ South Korea’s Joint Chiefs of Staff (JCS) said in a statement on Saturday, using another name for the Yellow Sea.

Their ‘flight distance was detected at about 130 km (80 miles), an altitude of about 20 km, and a speed of about Mach 5’, they added. Mach 5 is equivalent to five times the speed of sound. 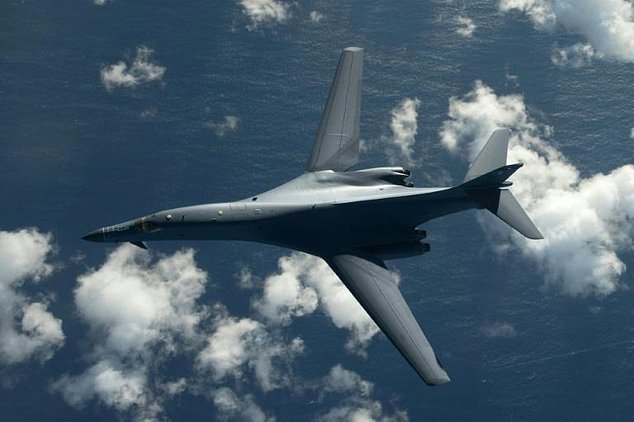 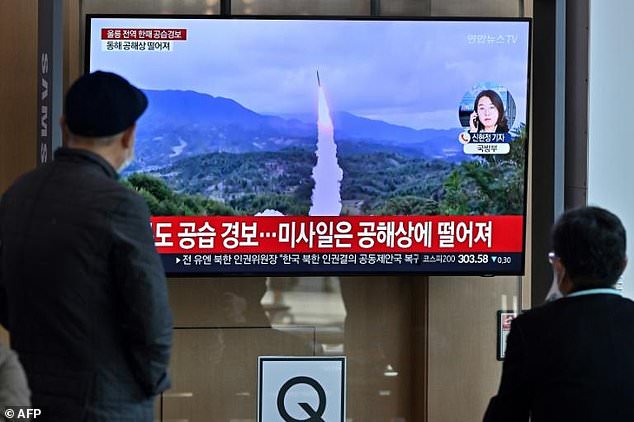 The United States and South Korea have warned that these launches could culminate in a nuclear test by North Korea, and extended their air force drills to Saturday in response.

Vigilant Storm was originally scheduled to run from Monday to Friday.

Pyongyang ramped up missile launches in response to the drills. Such exercises have long provoked strong reactions from North Korea, which sees them as rehearsals for an invasion.

Vigilant Storm concluded on Saturday, with the US Air Force deploying two B-1B long-range heavy bombers on the final day in a ramped-up show of force.

This was the first time B-1Bs have flown to the Korean peninsula since December 2017.

The South Korean JCS said it demonstrated the ‘capability and readiness to firmly respond to any provocations from North Korea’.

Pyongyang has especially condemned past deployments of US strategic weapons such as B-1Bs and aircraft carrier strike groups in times of high tension.

While the supersonic B-1B ‘Lancer’ aircraft no longer carries nuclear weapons, it is described by the US Air Force as ‘the backbone of America’s long-range bomber force’.

The USAF lists the Lancer’s weapons payload as 34 tonnes (75,000 pounds), which can include cruise missiles and laser-guided bombs.

The B-1B’s range can be extended by in-air refuelling, giving it the ability to strike anywhere in the world.

Ahn Chan-il, a North Korean studies scholar, told AFP that given the B-1B’s status as a strategic US asset, its deployment will be seen as a ‘significant threat’ by North Korea. 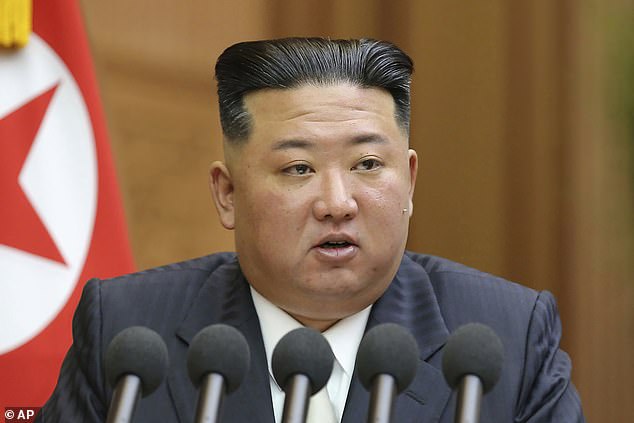 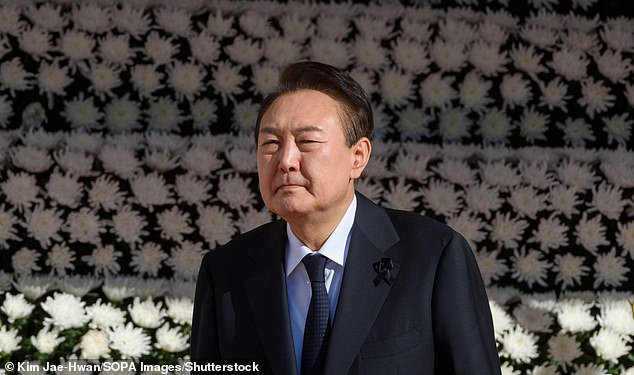 The B-1B deployment came a day after South Korea scrambled fighter jets in response to what it said was the mobilisation of around 180 North Korean warplanes.

Experts say Pyongyang is particularly sensitive about these drills because its air force is one of the weakest links in its military, lacking high-tech jets and properly trained pilots.

Compared with North Korea’s ageing fleet, Vigilant Storm has seen some of the most advanced US and South Korean warplanes in action, including F-35 stealth fighters.

At the United Nations Security Council on Friday, US Ambassador Linda Thomas-Greenfield dismissed criticism of Vigilant Storm as North Korean ‘propaganda’, saying it posed no threat to other countries.

She assailed China and Russia during the emergency session, accusing them of having ‘enabled’ North Korea.

Moscow and Beijing have in turn blamed Washington for the escalation, and the meeting ended without a joint statement from the Security Council.