Vaccine rollout delayed in Sydney and NSW because of floods

The federal government’s plan to ramp up the rollout of COVID-19 vaccines from Monday has been delayed by the extreme weather conditions in NSW.

Phase 1b of the vaccine roll is designed to inoculate 6.1 million Australians including health care workers who did not receive the jab in phase 1a, Australians over 70, Aboriginal and Torres Strait Islanders aged 55 and over, younger adults with a qualifying underlying medical condition or disability and disability carers, and critical and high-risk workers, including those in defence, police, fire, emergency services and meat processing. 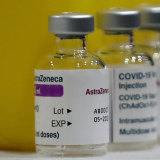 The vaccine roll-out was due to ramp up on Monday, but wild weather has knocked the schedule out.Credit:AP

But wild weather in New South Wales means the already-delayed roll out will be knocked further off schedule by several days.

A federal government spokesman said on Saturday afternoon that the overseas-sourced vaccines would be delivered across the country and in place in most locations by the end of the weekend.

However, “due to extreme weather conditions and flooding in many parts of NSW, vaccine delivery is being affected in Sydney and across multiple regional NSW locations”.

“The Department of Health is working directly with GPs on these issues and we ask for the public’s patience and understanding with these unforeseen supply delays.”

The Department of Health is working with doctors and logistics companies to establish where delivery trucks, for example, will not be able send vaccines because of floods and heavy rain.

A more detailed update will be provided on Sunday about which areas will be affected, and whether there will be a knock-on effect in neighbouring regions.

The weather system lashing NSW will arrive in Victoria on Sunday, but rainfall is expected to be significantly less, according to the Bureau of Meteorology on Saturday night.

Showers are expected to develop in Victoria on Sunday, with the heaviest falls in the central west and north of the state.

“On Sunday, the low pressure trough extending from NSW begins to track west in Victoria before another system forming over South Australia brings rainfall to Victoria from Monday,” Ms Cherny said.

Melbourne can expect up to 3mm of rain on Sunday and up to 15mm on Tuesday.

Sydney cops a soaking on Saturday

Here are some of Saturday’s incredible images from the Herald’s photographers of the flooding and storms impacting the state. Despite the wet weather, Sydneysiders still ventured outside. 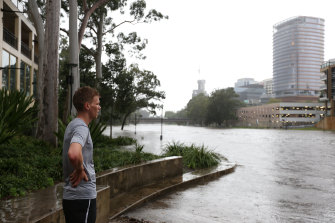 A man watches the rising Parramatta River. In the distance, the new Powerhouse Museum site has experienced flooding.Credit:Dylan Coker 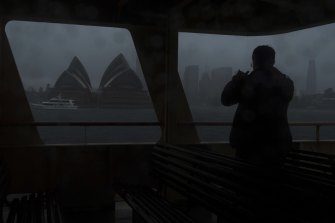 Heavy rain is causing widespread flooding throughout NSW. Here was the view from the Manly to Circular Quay ferry on Saturday.Credit:Rhett Wyman 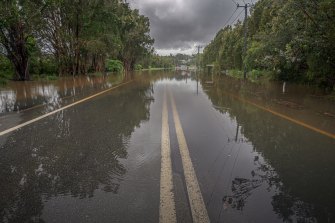 Welcome to our coverage of floods across the state. I’m Lucy Cormack. I’ll be taking you through to the afternoon. Here’s a recap of where we are as we start the day:

We will be live with the latest flood and weather updates throughout the day. Stay with us.