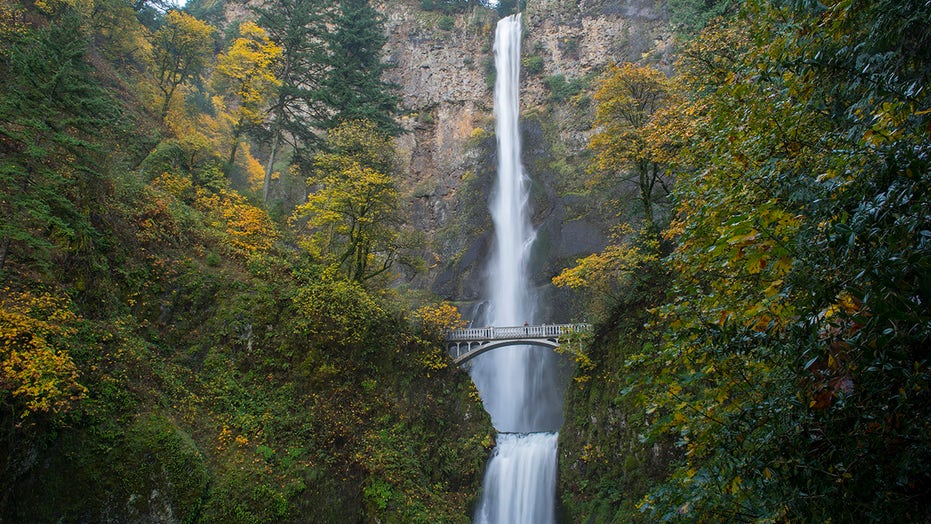 A mother and her 2-year-old daughter survived a 100-foot fall while hiking on a trail outside Portland, Oregon, on Sunday, according to reports.

The Multnomah County Sheriff’s Office said the child started to slip off a trail around noon at Multnomah Falls, located about 30 miles northeast of Portland, KGW-TV reported. The mom tried to help, but they both fell into a creek below.

A witness, Shane Roundy, who was at the falls Sunday with his family told FOX 12 Oregon that he heard screaming and ran into the water to help rescue the pair. 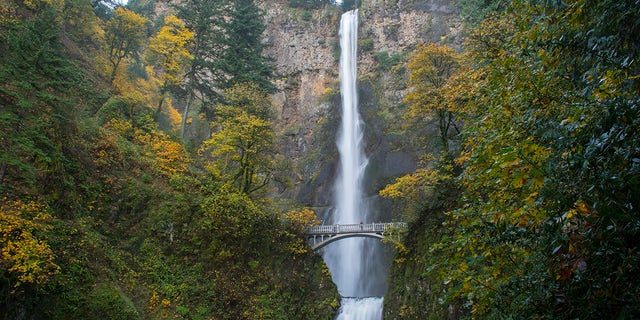 View of Multnomah Falls with foot bridge in the fall, a waterfall near Portland along the Columbia River Gorge in Oregon in 2014. (Photo by Wolfgang Kaehler/LightRocket via Getty Images)

The mother and daughter were also assisted by other hikers and an off-duty ER doctor at the scene, KGW-TV reported. The two were later taken to an area hospital.

“Both of them were alert and conscious. Neither of their injuries were life-threatening,” Chris Liedle, a spokesperson with the Multnomah County Sheriff’s Office told NBC News.

“It was initially reported to 911 the height of the fall was approximately 50 feet. After confirming where the two hikers fell, responders believe the fall was closer to 100-150 feet,” Liedle added.