Last year’s lockdowns reduced emissions of soot and other pollutants that accelerate melting, which could make water supplies last longer throughout the coming year. 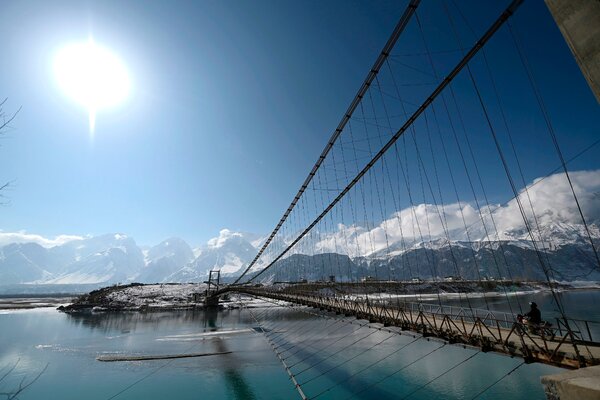 Cleaner skies over South Asia that resulted from pandemic lockdowns last year likely affected the timing of snowmelt in the Indus River basin of Pakistan and India, researchers reported on Monday.

The lockdowns cut emissions of soot and other pollutants, as people drove less and the generation of electricity, largely from coal, was reduced. That meant less soot was deposited on snow, where it absorbs sunlight, emits heat and causes faster melting.

The cleaner snow in 2020 reflected more sunlight and did not melt as fast, the researchers said. In all, that delayed runoff into the Indus River of more than than one and a half cubic miles of melt water, they calculated, similar to the volume of some of the largest reservoirs in the United States.

More than 300 million people depend on the Indus for water, much of which starts as snow in the high peaks of the Karakoram and other mountain ranges.

Timing of melt water runoff in the spring and summer can be crucial for managing water supplies over time. In many parts of the world, climate change has affected this timing, with warmer temperatures and a shift to more rain and less snow causing more snow to melt sooner. Slower runoff can thus be beneficial, helping managers of reservoirs store more water and maintain a steady flow over the year.

Ned Bair, a snow hydrologist at the University of California, Santa Barbara, and the lead researcher, said that while they could not prove conclusively that the pandemic was the reason for the timing delay, “it seems unlikely that anything else would have led to that.”

India imposed a nationwide lockdown in late March last year that continued through early May. Several studies showed rapid improvements in air quality in that period, particularly in and around Delhi, which is notorious for having some of the most unhealthy air in the world. 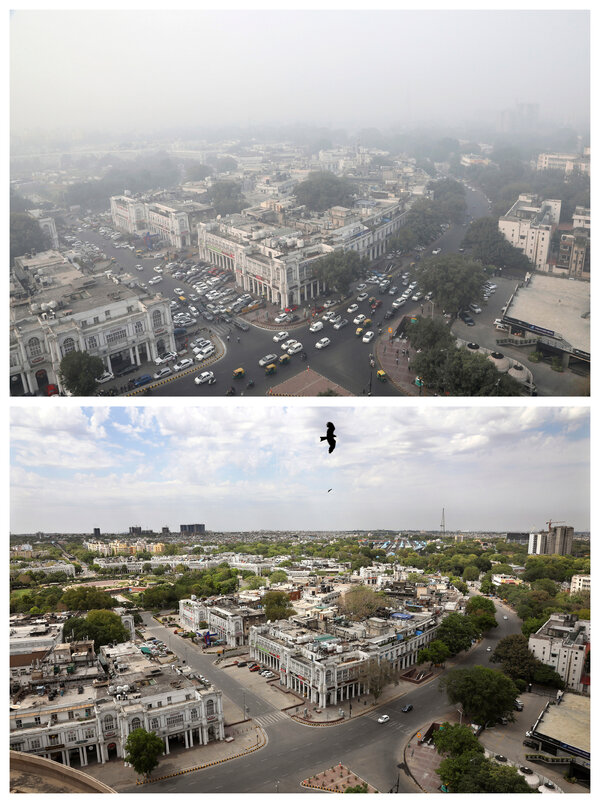 Anecdotal reports also suggested that the air over much of the subcontinent was cleaner. In Kathmandu, Nepal, for example, residents reported being able to see Mount Everest, 100 miles distant, for the first time in decades.

By analyzing satellite remote-sensing images, the researchers found that concentrations of soot and other particles on snow and ice in the Indus basin decreased by 30 percent in 2020 compared with the 20-year average.

A paper describing the findings was published in Proceedings of the National Academy of Sciences.

Mark Flanner, an atmospheric scientist at the University of Michigan who was not involved in the study, said the results made sense. “We know that the air was extremely clean this year,” he said. “The shoe fits the foot.”

Dr. Bair said the work showed how changes in behavior, for whatever reason, can affect water supplies. Worldwide, about two billion people rely on snow and ice melt for their water. More broadly, Dr. Flanner said, the study is “further evidence that cleaning up the environment can have a wide variety of positive benefits that we might not immediately be aware of.”

The study adds to a growing body of work on what might be called the side effects of the pandemic. Among other findings, researchers have documented an overall reduction in greenhouse gas emissions, a shift in timing of energy use in locked-down households, and even an increase in eye injuries among children because of the widespread use of hand sanitizer.

Air quality readings “are back to being terrible” in Delhi, Dr. Bair said. With the recent severe surge in Covid cases in India, Delhi and some other cities are back in lockdown, at least for a few weeks. But when the new stay-home orders are eventually lifted, any effect of the pandemic on Indus melt water will most likely only be temporary.