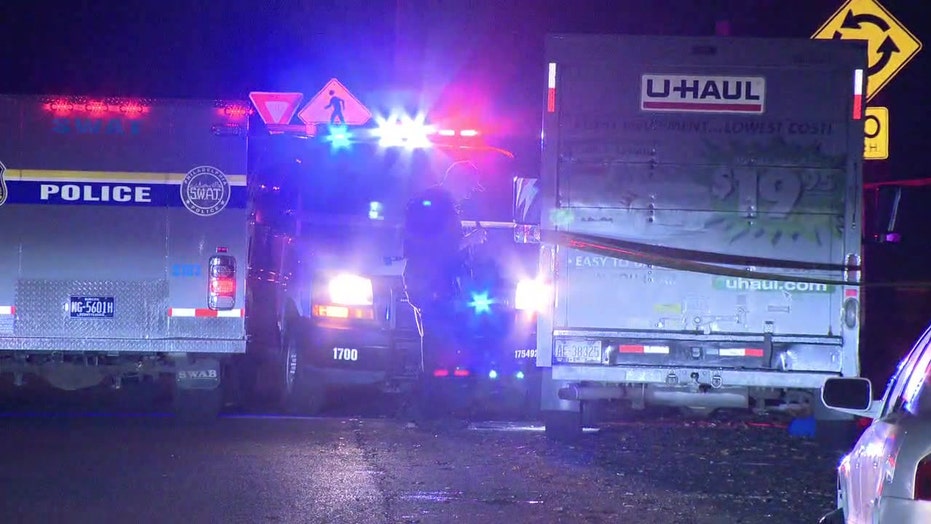 The gunman who fatally shot his co-worker at a Philadelphia hospital early Monday fled the scene in a U-Haul truck before firing 76 rounds at police officers during a gunfight, according to a report.

The suspect, Stacey Hayes, 55, was wearing scrubs when he shot his co-worker six times on the ninth floor of Thomas Jefferson University Hospital just after midnight, Philadelphia Police Commissioner Danielle Outlaw said at a news conference.

Family members identified the victim as 43-year-old Anrae James, who is survived by his wife and three children, FOX 29 Philadelphia reported. 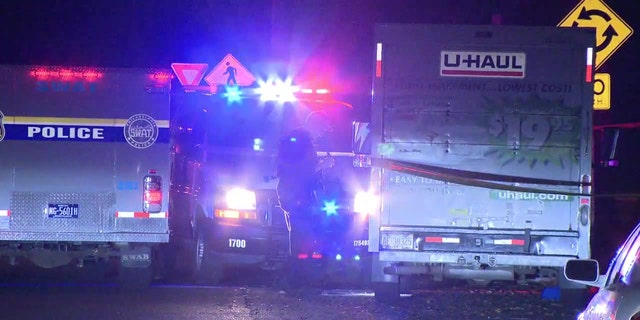 “He was a working, making an honest living for his wife and three children and they get a phone call 2 o’clock in the morning that he’s been shot and killed at work,” said his father, William James. “Right now I ain’t running on nothing but the strength of God… that’s all I got right now.”

Hayes fled the scene after the fatal shooting, police said. About an hour later, police received a report of an armed man in scrubs outside a high school in the city.

When police arrived, Hayes, using an assault rifle, fired 76 shots at four officers, striking two of them, according to FOX 29 reporter Steve Keeley, who cited police sources. All of the officers returned fire and Hayes was shot in the upper body and neck.

One officer, 30, suffered an elbow wound that will require surgery while the other officer, 32, was grazed in the face. The suspect and officers are expected to survive.

Authorities said the gunman was wearing full tactical body armor during the shootout – and an AR-15 rifle and handgun were found at the scene, the station reported.

More than a hundred rounds also covered the lawn outside the school.

Hayes and the victim knew each other, though police have yet to formally reveal a motive.

After the shooting, the hospital released a statement to FOX 29 saying a “thorough review will take place to ensure best practices in our safety protocols for all Jefferson facilities.”