Protesters take to the Brussels streets to oppose Covid regulations

Several thousand protesters marched in Brussels on Sunday to oppose anti-coronavirus regulations, as European governments mull tighter rules in the face of the omicron wave.

There was no repeat of the violence that had marred previous, larger demonstrations in the Belgian capital, although police intervened to surround a small group that approached the EU headquarters.

As it marched through the city the crowd – 5,000-strong according to the police – chanted ‘freedom, freedom!’ and brandished banners denouncing what they called a ‘vaccine dictatorship’.

Belgium requires residents to show a Covid certificate to enter bars, restaurants and cultural events, and there have been several recent protests. 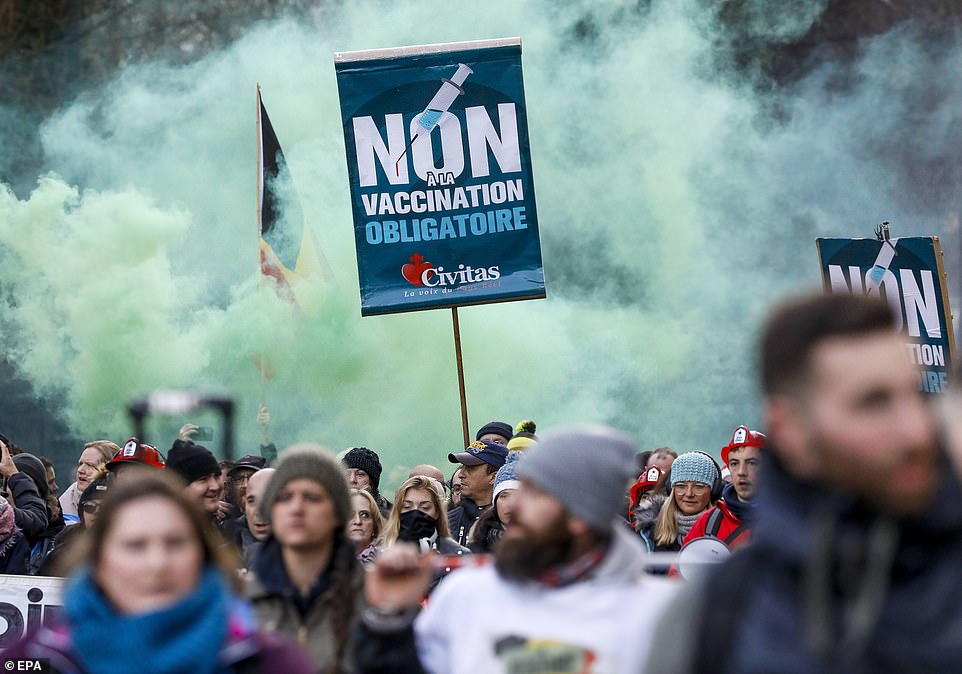 Thousands of people took part in a protest against Covid-19 measures in Brussels, Belgium, on January 9 as European governments mull tough restrictions 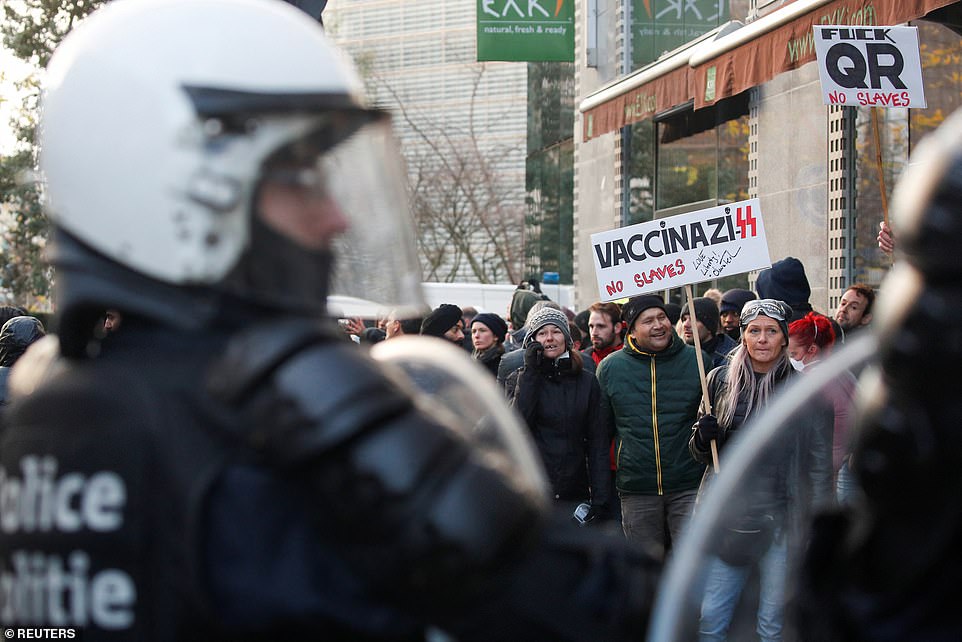 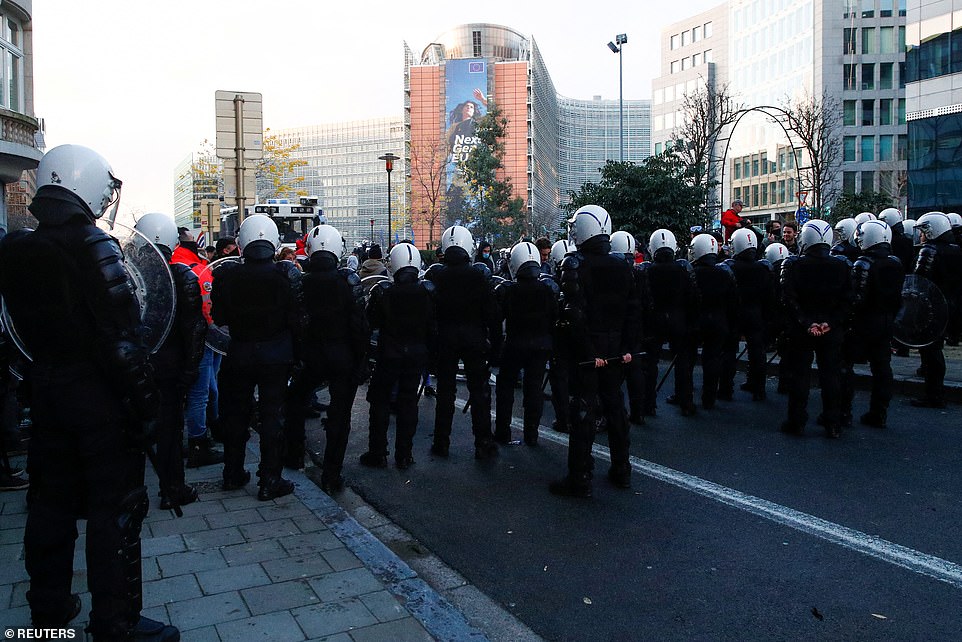 On Sunday, health minister Frank Vandenbroucke called, in a television interview, for a parliamentary debate on tighter rules as Belgium see Covid cases soar as the omicron variant takes hold.

‘People’s minds are changing,’ he said. ‘A year ago, I was saying: compulsory vaccination is not a good idea, we need to convince people.

‘Now, knowing that we really need to vaccinate 100 percent of the population – which was not our idea a year ago, we thought that 70 was enough – we still need some sort of generalised take up.’

This is not an idea that is likely to find much support among the protesters, who carried the flags of a diverse array of political groups, but were united in opposition to compulsory measures. 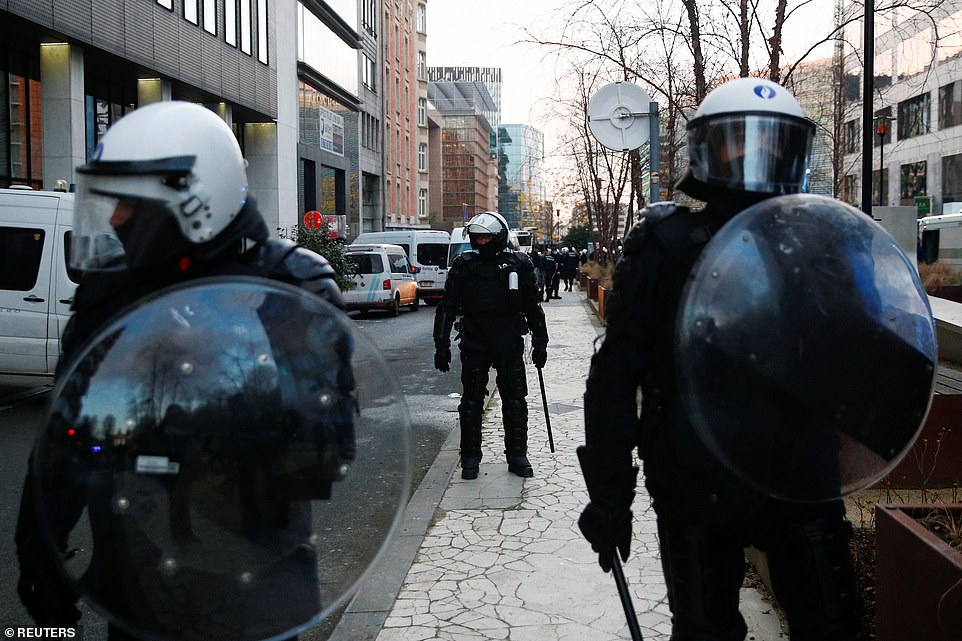 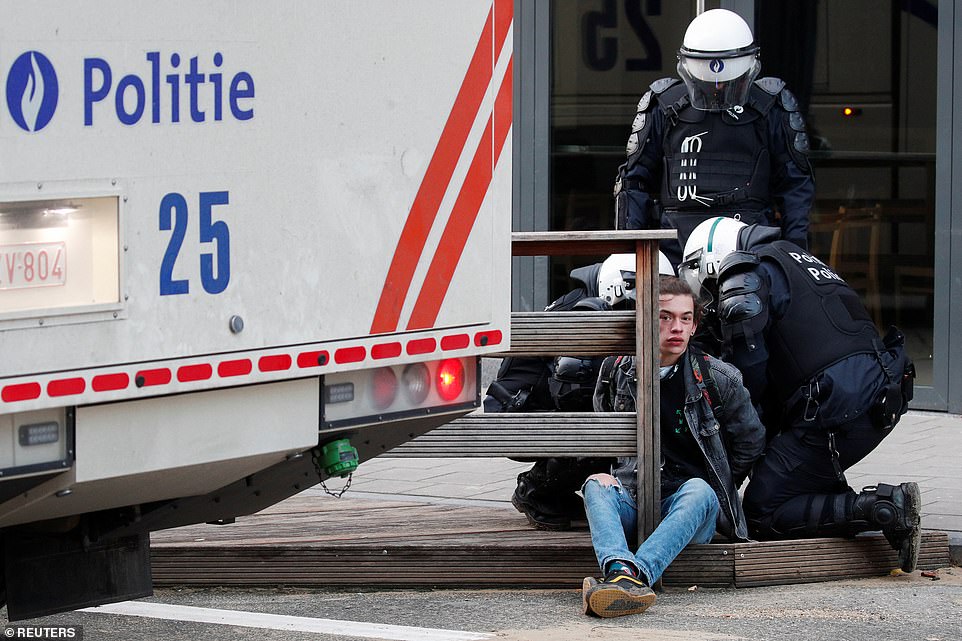 Belgian Federal Police detained a person during the protest. On Sunday, health minister Frank Vandenbroucke called for a parliamentary debate on tighter rules

‘It’s a completely absurd crisis management which affects freedoms enormously and which will lead to a Chinese-style system if we let it happen,’ said one, who gave her name as Danielle.

Previous marches developed into running street battles with police, who have deployed tear gas and water cannon in recent weeks, but Sunday’s ended in relatively orderly fashion amid tight security.

Between December 30 and January 5, Belgium recorded and average number of 17,513 new daily coronavirus infections, up 96 percent on the previous week and 169 hospitalisations per day, up 28 percent.

The Netherlands and Austria are also still in lockdown with the Dutch government saying restrictions will remain in place until at least past January 14.