Russian forces will try and press deeper into Ukraine, the Luhansk governor has said, after his region was captured. Now, the city of Donetsk, in the east of Ukraine, could be the next target for the Russian military. In the early stage of the war, Russia tried and failed to take the Ukrainian capital of Kyiv and the second largest city Kharkiv.

Vladimir Putin soon retreated from both metropolises and has since accumulated his forces in the east, in recent weeks making steady progress.

While he has successfully made some gains there, the war has still been disproportionately costly for Russia.

RUSI Associate fellow Mark Galeotti says Russia wouldn’t invade a NATO country — any of the Baltic states perhaps, Finland or Sweden — because the Ukrainians have “ripped the guts out of Russia’s” military.

Asked by Times Radio if Russia could invade other countries if it is successful in Ukraine, he replied: “I don’t actually think that is likely. 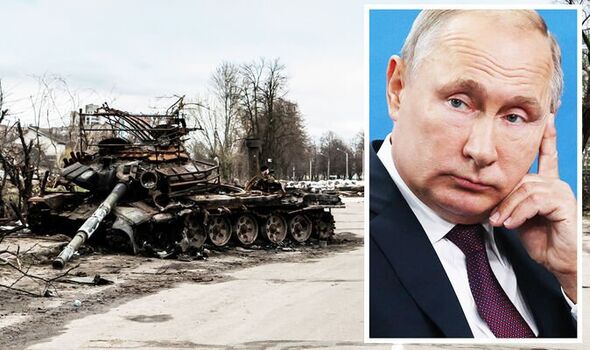 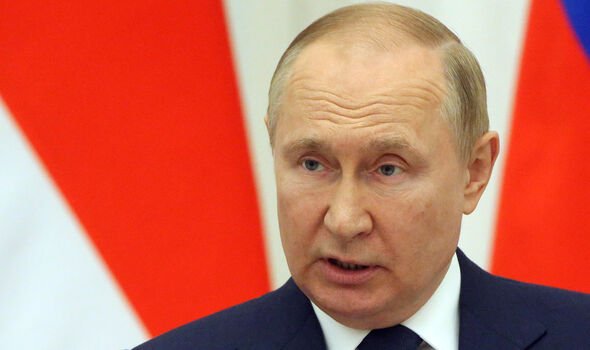 “The Ukrainians have basically ripped the guts out of the Russian military. Putin has for 20 years been pumping money into building a military that looks wonderful when it parades around Red Square.

“It’s fine when it’s bullying much, much smaller neighbours like Georgia. But that 20 years of military modernisation has largely been blasted in 20 weeks of war fighting.

“Obviously the Ukrainians are taking terrible losses as well, so there’s no guarantees that they can win or even push back on the battlefield.

“But I think we have to acknowledge the degree to which Russia will have to spend a long time rebuilding its military and will have to do so in a circumstance of massive economic problems.”

Putin recently sparked fears that he could attack other countries after he compared himself to Peter the Great, the former Emperor of Russia who built the country into a global power.

Speaking this week, he appeared to suggest that he could follow in the footsteps of the historical figure. 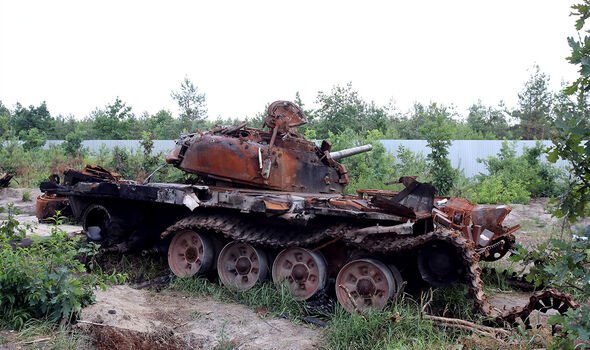 He said: “Peter the Great waged the great northern war for 21 years. It would seem that he was at war with Sweden, he took something from them. He did not take anything from them, he returned [what was Russia’s].

“Apparently, it is also our lot to return [what is Russia’s] and strengthen [the country]. And if we proceed from the fact that these basic values form the basis of our existence, we will certainly succeed in solving the tasks that we face.”

The war in Ukraine has not aided tensions between NATO allies and Moscow.

He added that the alliance’s military forces in the Baltic states and five other frontline countries would be increased “up to brigade levels” – doubled or tripled to between 3,000 and 5,000 troops. 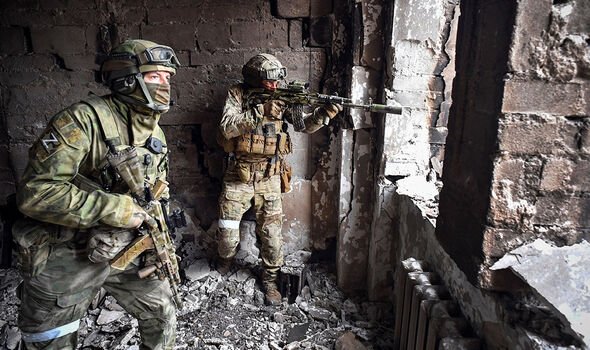 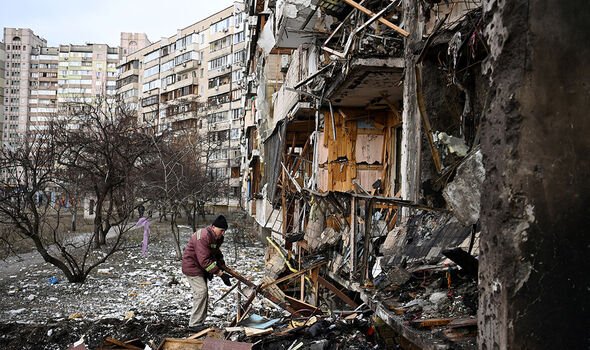 This would represent “the biggest overhaul of our collective defence and deterrence since the cold war.”

Despite the bolstering of forces, Putin has not been dissuaded from continuing his violent campaign in Ukraine.

Speaking to Russian Defence Minister Sergei Shoigu, Putin said: “Military units, including the East group and the West group, must carry out their tasks according to previously approved plans.”

Meanwhile, Foreign Secretary Liz Truss has called for a Marshall Plan-style programme for Ukraine, echoing the one used to rebuild Europe after the Second World War.

She told a conference in Switzerland on Monday that the UK is “resolute” in its support of Ukraine’s territorial integrity and will “continue to lead in supporting the Ukrainian government’s reconstruction and development plan”.

Ms Truss said: “This needs to be a new Marshall Plan for Ukraine and it needs to be driven by Ukraine itself.

“We will push for immediate investment and to drive economic growth because it’s absolutely imperative we get the Ukrainian economy going.”