Former US national security advisor John Bolton discussed Putin’s war in Ukraine on Sky News and noted that the Russian President is in “greater trouble than at any point since the invasion”. The ambassador to the United Nations discussed Russia’s annexation of four regions of Ukraine in the East and the South after a number of “sham” referendums.

Kyiv has blasted the move from Russia as undemocratic and Western leaders have joined President Zelensky in refusing to recognise the annexed regions as part of Russia.

Of the annexation, Mr Bolton said: “Obviously he [Putin] thought it would be a morale booster for Russia, [that] it would help lay the groundwork for future borders with Ukraine.

“But the fact is, at least according to Putin’s view of the world, fighting is now taking place on the ‘soil of Russia’ and the Russian military is not doing very well.” 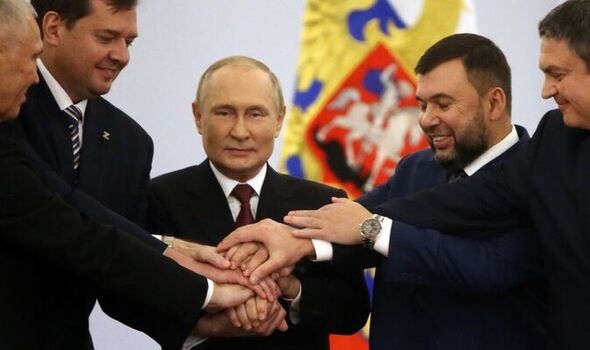 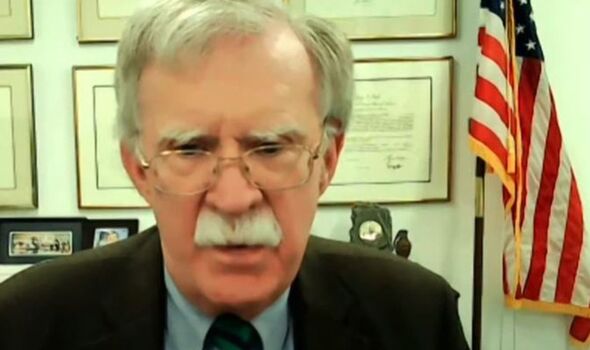 The maps demonstrate that the Russian forces in Kherson have suffered severe land losses though Russia’s daily briefing did not mention such retreats by troops despite Ukrainian forces liberating the village of Dudchany on the Dnieper river by removing Russian control.

The maps show that Russian forces appeared to retreat 12.4 miles to the east to the border of Luhansk following Ukraine’s counteroffensive.

In his nightly address on Tuesday, President Zelensky said: “The Ukrainian army is advancing in quite a rapid and powerful manner in the south of the country within the context of the current defence operation.”

He noted that “dozens of population centres have been liberated. These are in Kherson, Kharkiv, Luhansk and Donetsk regions all together.” 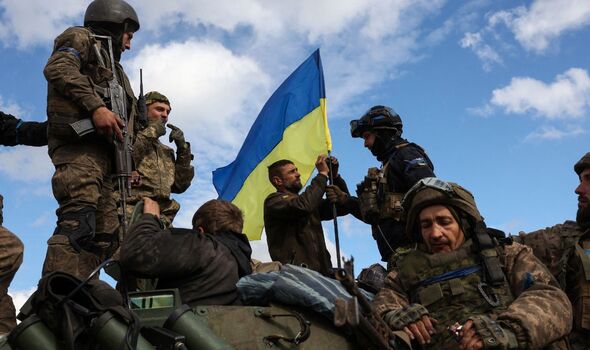 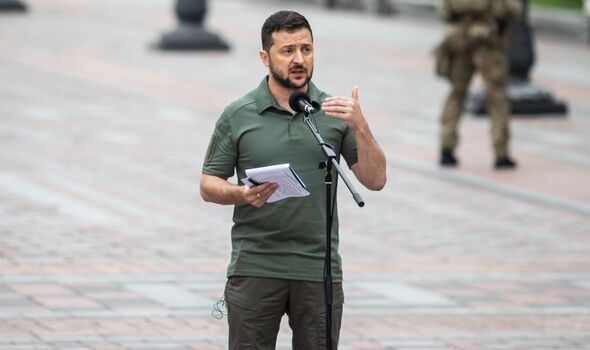 Despite Russia’s attempt to demoralise Ukrainian forces with the annexation of four regions, the Ukrainian military stated on Tuesday that the Russians in Kherson are the ones who are “demoralised” and were retreating from their positions.

Following such continued failures from the Russian military, Mr Bolton said: “I think without question that increases Putin’s domestic difficulties in regular Russian politics and makes it somewhat more likely that the use of a tactical nuclear weapon might be possible.”

He added: ‘Because with ‘Russian soil’ itself affected I think Putin could see that as regime-threatening, which would be the circumstance when use of a nuclear weapon would be more likely.”

Despite Putin’s numerous threats of using nuclear weapons, Mr Bolton noted that “it would be Vladimir Putin signing a suicide note if her authorised even a tactical nuclear weapon.”

Tactical nuclear weapons are designed for use on the battlefield and Mr Bolton concluded that “it is very important that we deter the use of a nuclear weapon”.

On Tuesday, the UK Ministry of Defence released its latest intelligence report about Russia saying that “Putin signed an order for the routine autumn conscription cycle, which aims to train 120,000 conscripts”.

It continued: “The challenges of accommodating, training, equipping, and deploying mobilised and conscripted personnel are significant.

“Deficiencies within the Russian administrative and logistical systems will continue to undermine these efforts.”