A FATHER and son on a trip to a safari park were terrified when their car was smashed by a rhino.

Jamie Wood and son Jackson, five, were in a stationary Skoda Fabia when the 1.6-ton white rhino charged at them. 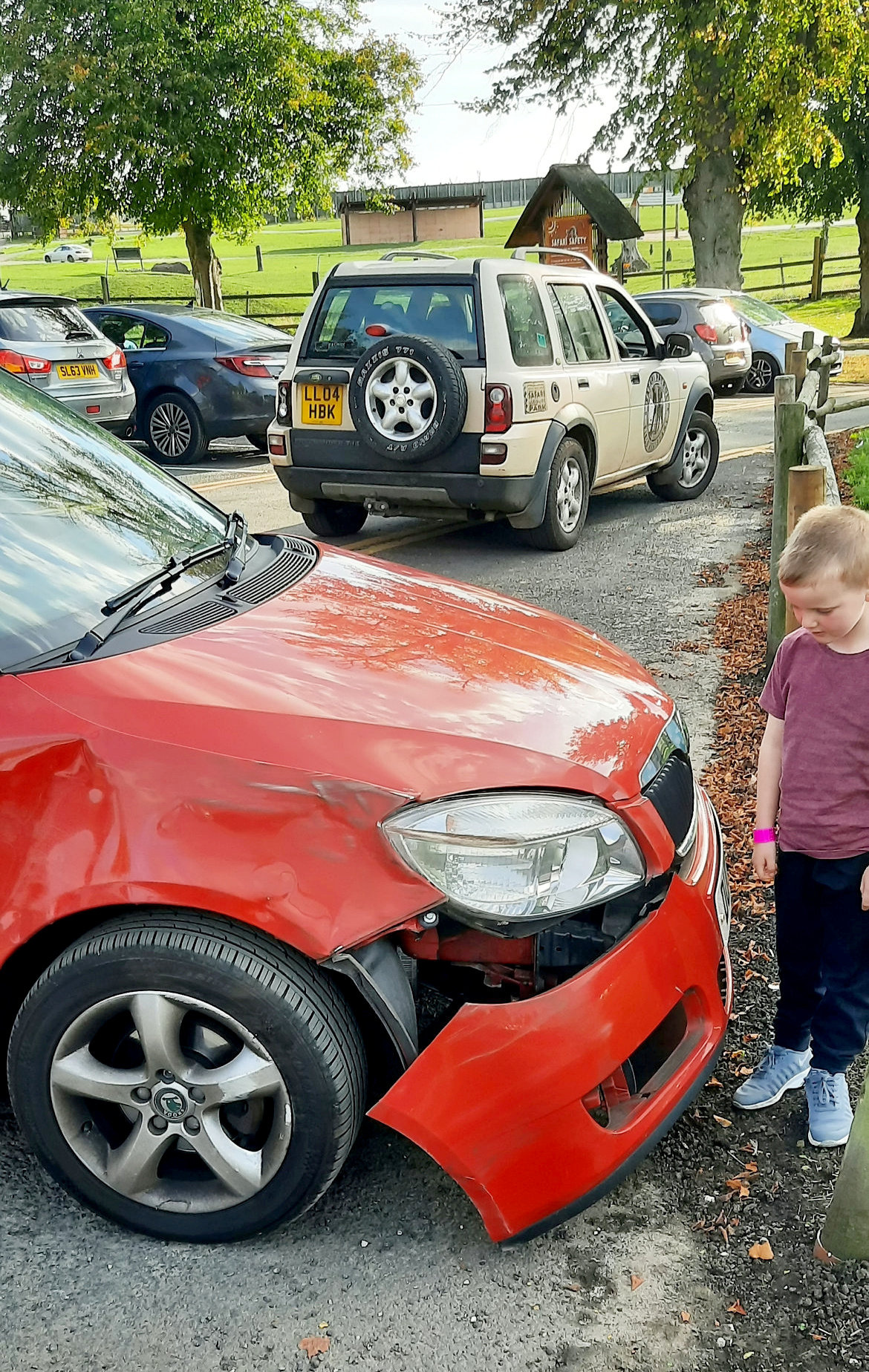 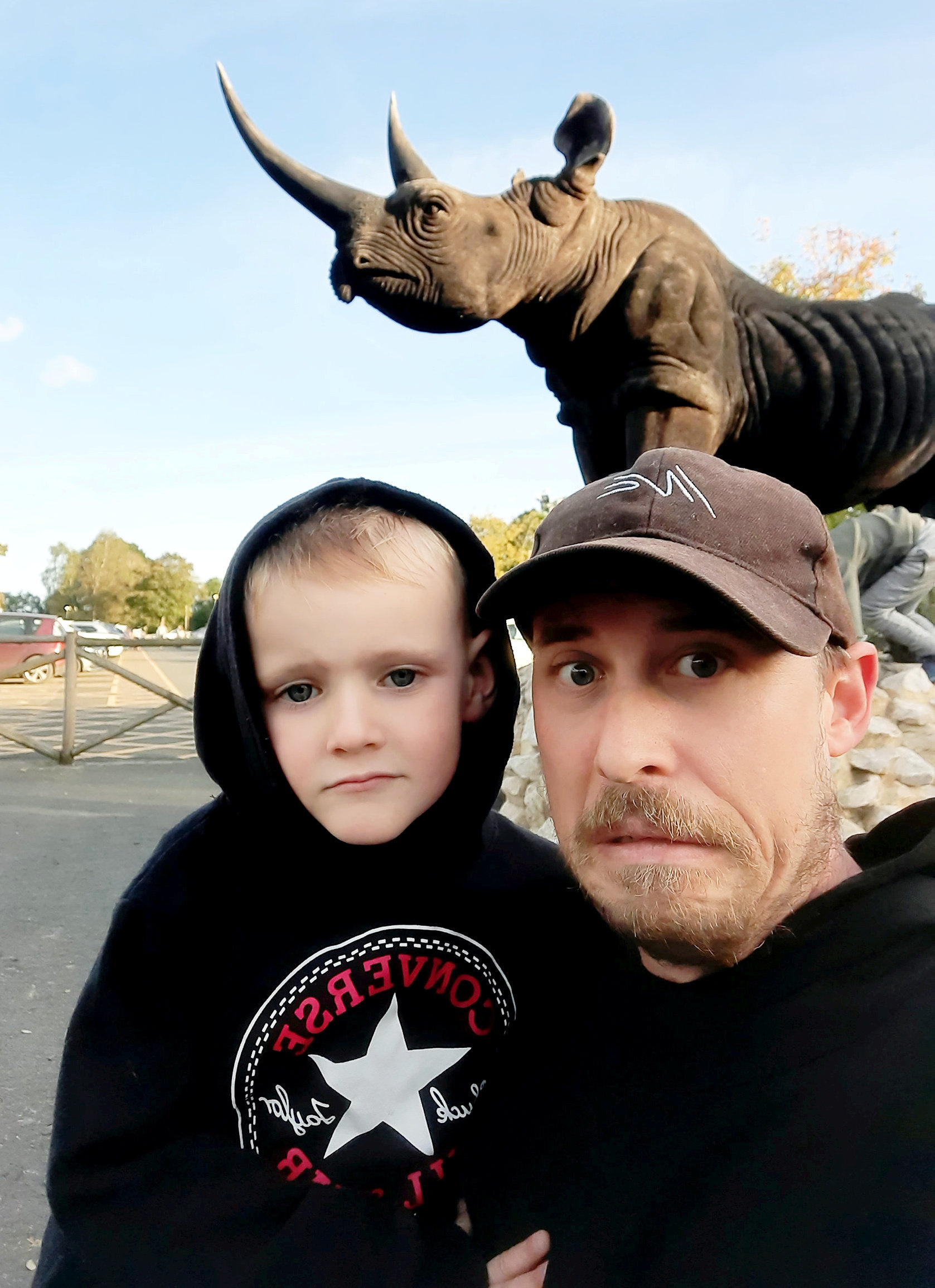 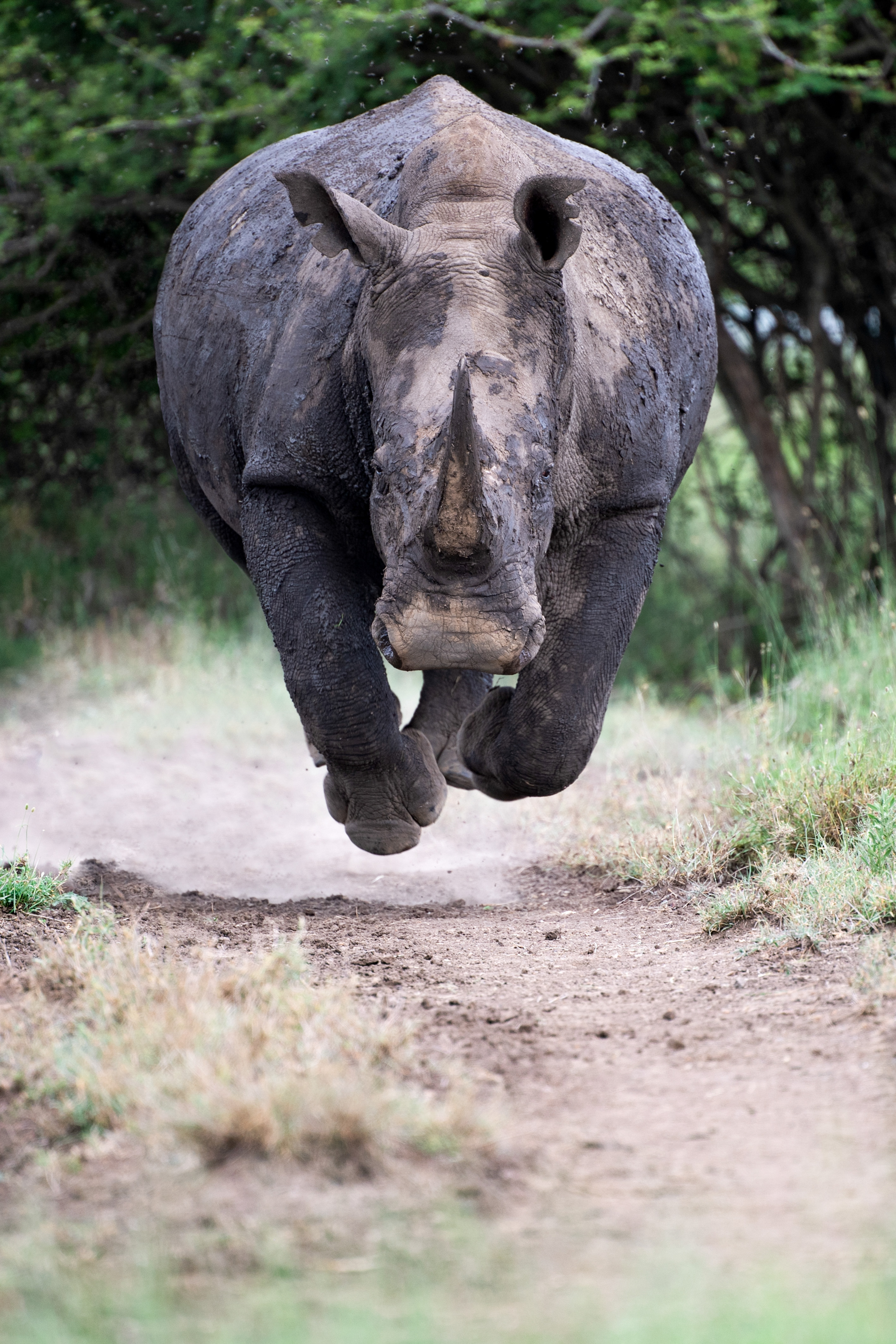 The raging female rammed its horn and body into the bonnet and front wing.

Single dad Jamie, 35, said: “It was terrifying. It happened so quickly.

“If I’d been a bit further forward that massive horn would have gone right through me.

“It was very traumatic and Jackson has nightmares about it.”

Rhino Keyah, 12, struck as she went after three-month-old son Jumanji.

He had been spooked by the spinning wheels of a keepers’ Land Rover — and Jamie’s car was inadvertently between the pair.

Keyah charged into the Jamie’s Skoda before keepers rushed to the rescue at West Midlands Safari Park in Bewdley, Worcs.

Jamie, an adult support worker, from Birmingham was left with a £1,500 repair bill.

His mum, Alison, 65, had lent him her car for the day trip last month.

The park said: “Trained keepers escorted the guests involved safely out of the reserves.

"No injuries were reported to us.” 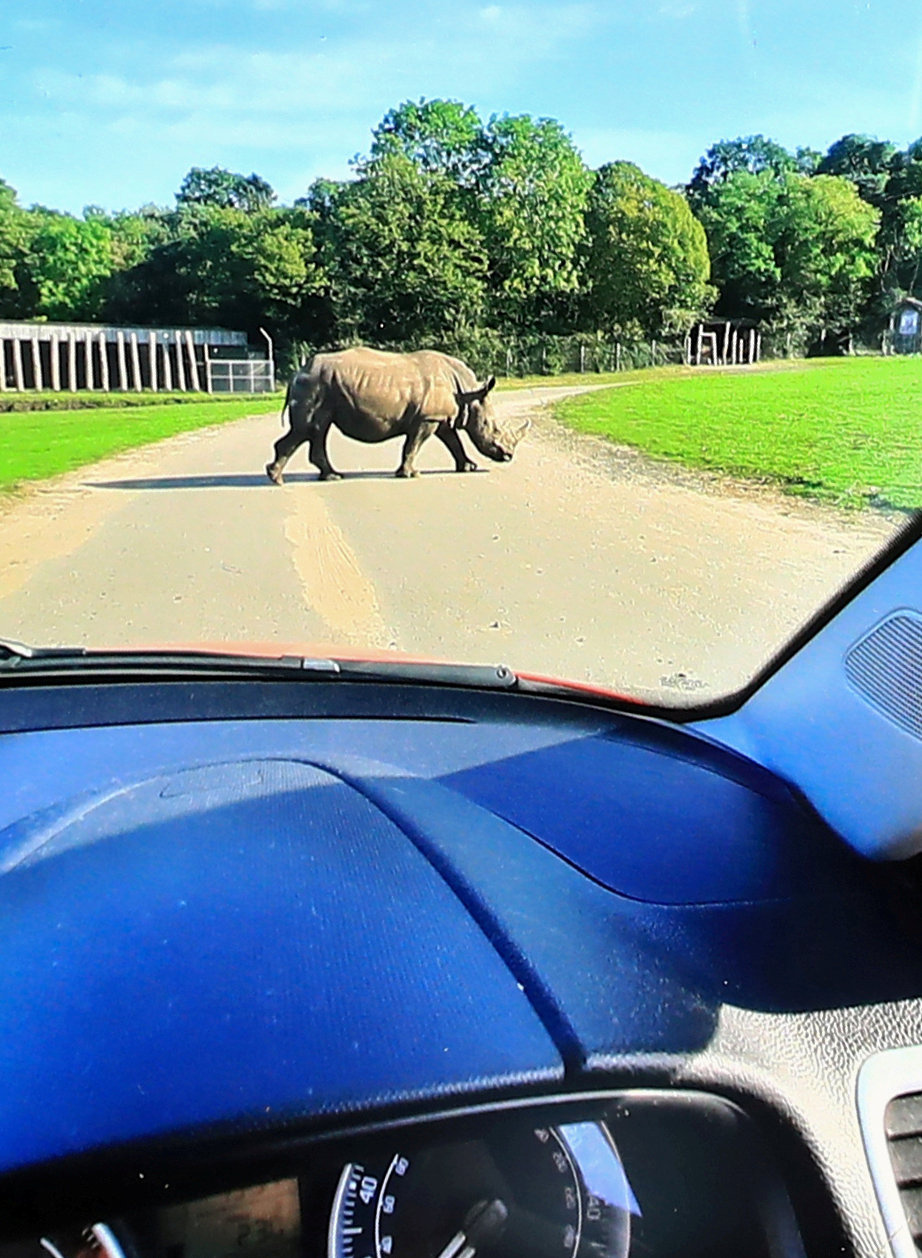