Georgia defensive lineman Warren Brinson may not be participating in any TikTok challenges for a while.

Brinson turned himself in to Athens police on Thursday night on two misdemeanor charges of simple battery. Brinson was charged after he allegedly shot a SplatRBall — a toy gun that shoots gel beads — at people on campus.

According to Rivals’ UGASports.com, Brinson was attempting a TikTok challenge and he thought he knew the people he was shooting at. He did not. And they pressed charges against him.

A source tells UGASports that Brinson was allegedly taking part in what’s known as the “Orbeez Challenge" on TikTok, where participants are encouraged to use the toys to shoot water gel beads at strangers while recording.

In a message to UGASports, Brinson explained that he was in his vehicle when he pulled up to a group of people that he thought he knew. Brinson told UGASports he was mistaken, and charges were filed by the individuals who were hit by the gel beads after they called the UGA police.

Orbeez are water beads designed for numerous experiments and bill themselves as the “perfect ASMR toy." The product has numerous videos on its website of the “Orbeez Challenge” where people do creative things with their Orbeez beads.

Numerous police departments across the country have issued statements about the dangers of the type of Orbeez Challenge that Brinson participated in. Spin Master, the company that makes Orbeez, told NPR in a statement that it does not manufacture or sell gel guns and that the toy is “designed for education, creative, and sensory play and are not intended to be used as projectiles or inserted in mechanisms.”

Brinson played in 12 of Georgia's 15 games in 2021 and had nine total tackles and two tackles for loss. 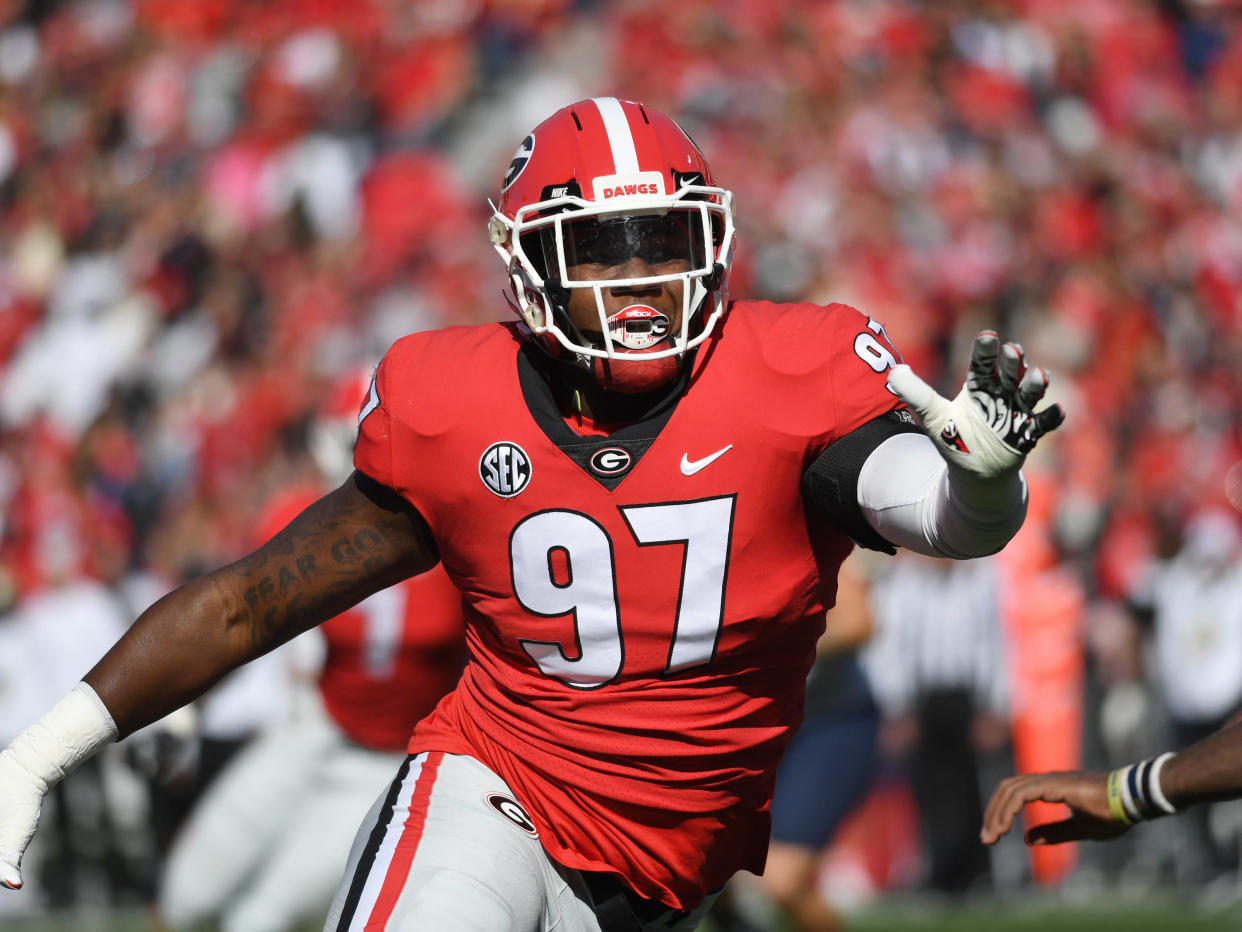