Residents' fury as '6G broadband' poles appear on their street

Residents have been left furious after a series of 40ft-high ‘6G broadband’ telegraph poles appeared on their street without warning.

Pauline Owen, 75, and Dorothy Price, 72, claim signs alerting locals to the poles went up just one day before their construction on Winifred Road in Bolton, Greater Manchester.

Ms Owen says that since the poles have been constructed, she has had connection issues with her mobile phone and TV. 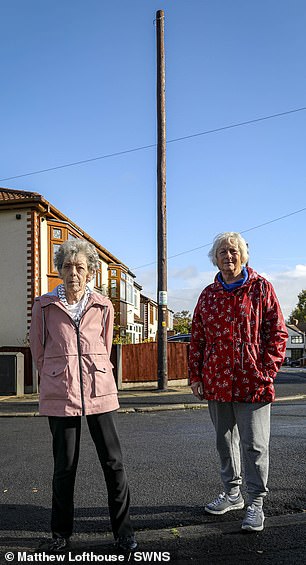 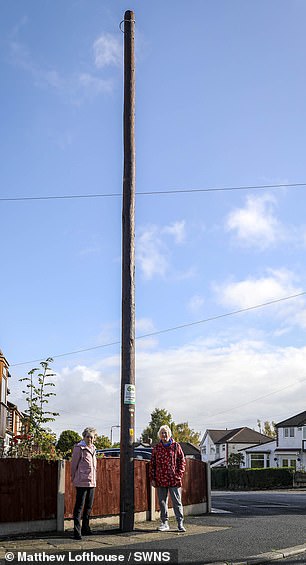 Pauline Owen (right), 75, and Dorothy Price (left), 72, claim signs alerting locals to the poles went up just one day before their construction on Winifred Road in Bolton, Greater Manchester

She added: ‘I don’t like the fact that they have just been put up and we didn’t know what they were for and nobody explained what they are doing.

‘It’s just a shifty way of doing things because we’ve not heard anything from them but we are suspicious.

‘Once they had finished them, they put up a sign that said ‘6G available now’ so it’s very misleading because you think, well 6G is it better than 5G? 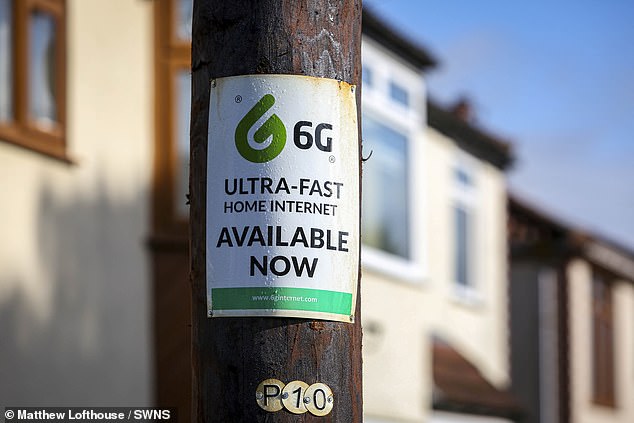 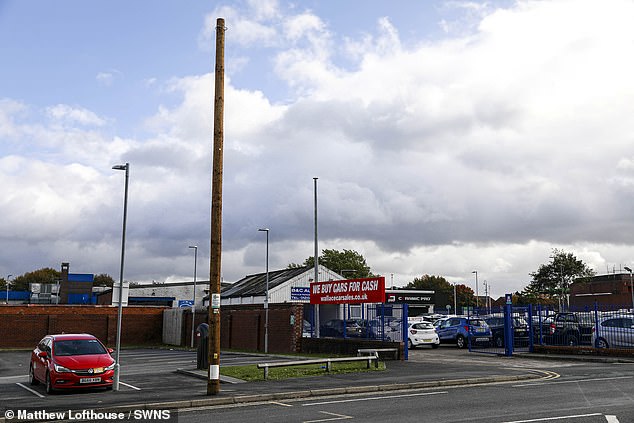 Ms Owen says that since the poles have been constructed, she has had connection issues with her mobile phone and TV 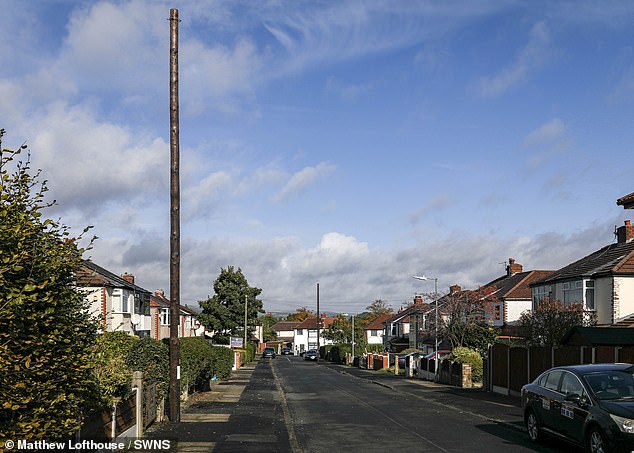 ‘And I know of all the troubles we’ve had with the 5G.

‘That panicked us more, and then when we looked into it, we saw that 6G is a trading name of a company, so you don’t actually get 6G if you sign up with the company.

And Ms Price is concerned that she will not be able to use her landline, which is the only form of communication she has.

6G is the successor to 5G, the most recent form of mobile internet.

6G networks will be able to use higher frequencies than 5G networks and provide a substantially higher capacity.

This will make it feel almost instantaneous, with no perceptible delay.

5G has already been implemented in mobile phones and people can now download full length films in seconds.

5G also expands the amount of people who can use the internet in a small region at any given time, which will allow for internet use in sport stadiums, arenas etc, whereas previews networks would be overwhelmed due to a lack of bandwidth.

6G upgrades to this system will support download speeds of 1 terabyte per second (Tbps).

Its speed and capacity means virtual reality can become a much more usable tool, experts predict.

Instead of the slightly clunky VR we see toady, it will likely become a seamless lifelike interaction.

She said: ‘As I wear hearing aids, I cannot use a mobile phone as I can’t hear through them.

‘The only communication I have is my landline, which is connected to a telegraph pole. The concern is that if they disconnect the wires, that I have no form of communication as I live on my own and I’m 72.

‘But because you can’t get any information, it’s very confusing.’

She has lived in her three bedroomed 1970s semi-detached house for 20 years and described the poles as ‘ridiculous.’

She said: ‘I think there is a lot of poles, just on our short road there is seven poles, and it just looks ridiculous.

‘But the main point is that until the workmen actually turned up, we had no idea and no contact whatsoever about it.

‘Pauline actually went to speak to the workmen, which I think was the right response, and they just said that they only do the job they have been given.

‘We have no information whatsoever.

‘People are going out to work in the morning where things are normal, and they are coming back and outside the front of their house, is this giant pole and nobody knows anything about it.’

A Bolton Council spokesperson said: ‘A number of new telegraph poles have been installed across the borough as telecoms companies work to deliver faster broadband to homes in Bolton.

‘Under a planning law known as ‘permitted development’, the companies are allowed to install the wooden telegraph poles without first getting permission from the council.

‘The poles are distinct from mobile phone or 5G towers which are significantly taller and are subject to the full planning process before installation, including consultation with local residents.

‘Attaching broadband cables to telegraph poles, means the companies can provide high-speed internet more efficiently without having to dig up roads, driveways or front gardens.

‘The installations are part of work being undertaken by a number of communications companies to improve Bolton’s digital infrastructure.’

Internexus and 6G have been both contacted for a statement.