Retired British soldier disguises himself as an Afghan to escape

Retired British soldier, 60, disguises himself as an Afghan to make daring escape from Kabul through Taliban checkpoints after ignoring Foreign Office advice to stay put

A former British soldier trapped in Kabul ignored official advice to stay put and made a dramatic escape through Taliban checkpoints disguised as an Afghan.

Civilian contractor Lloyd Comer, 60, told MailOnline he wouldn’t be alive if he’d followed the Foreign Office advice to wait for them to fetch him.

Grandfather and retired Royal Engineers officer Mr Comer, from Nottingham, made his dash for freedom just days after the Taliban seized Kabul and began hunting door to door for their ‘enemies’.

Working for a US transport maintenance company contracted by the Afghan National Army and Afghan Police, Mr Comer and his colleagues feared for their safety in a compound on the eastern side of Kabul as the Taliban drew closer. 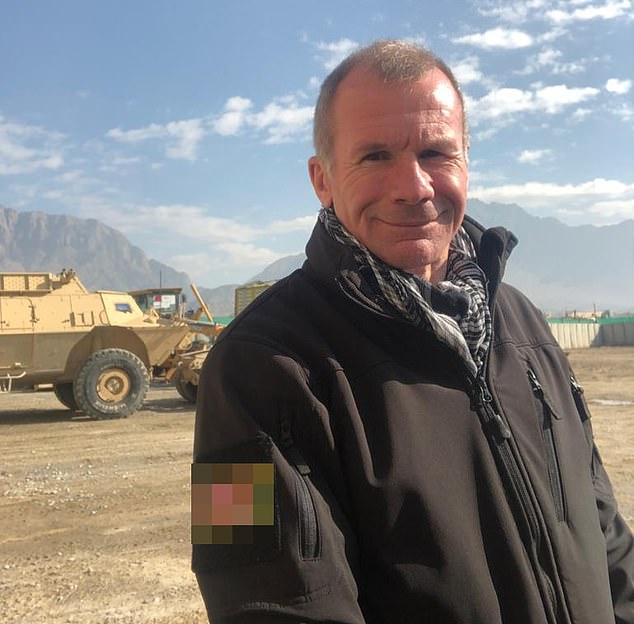 Lloyd Comer (pictured), 60, from Nottingham, decided to escape Kabul disguised as an Afghan just days after the Taliban seized the capital and began hunting door-to-door for their ‘enemies’ 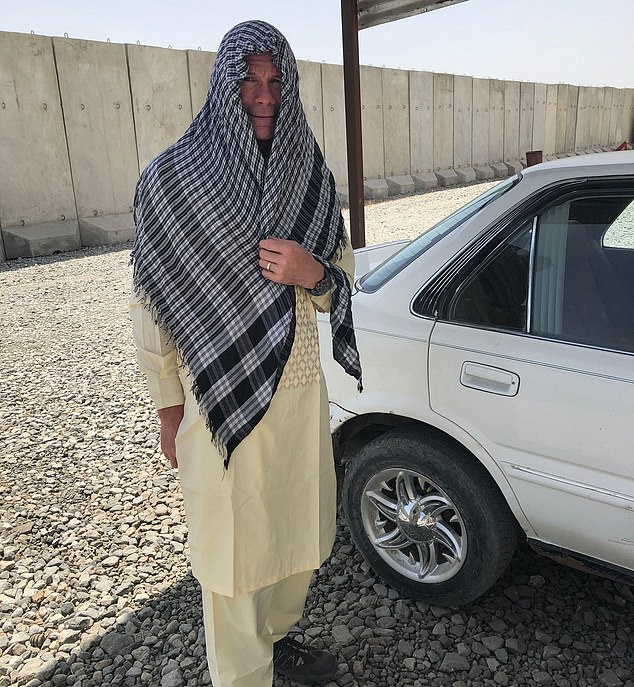 ‘I contacted the Foreign Office online and gave them my grid coordinates last Sunday,’ he said.

‘The advice was ”stand fast, we’ll come and get you”. But we were getting reports all the time from intelligence analysts used by our employer, that the Taliban were getting nearer.

‘By Monday morning, I was being advised by local sources that I really should get to the airport, but I contacted the Foreign Office again, and they again said that I shouldn’t move.

‘If I’d listened to that advice, I seriously doubt whether I’d be alive talking to you today.’

Last night, four days after he returned to the UK, he was called by the Foreign Office asking if he was still in Kabul.

Instead, with help from his colleagues, Mr Comer changed into a shalwar kameez with a headscarf to blend in with locals, and embarked on the 40-mile drive to the Baron Hotel near the airport, which he knew was being used as a muster point by the British forces.

‘Normally we wouldn’t venture out in Kabul in anything but an armoured Land Cruiser,’ he said, ‘but that would have drawn far too much attention, so instead a colleague drove me in an ordinary Toyota saloon.

‘We went through three Taliban checkpoints where they gave us the once over and waved us through, thank God. I was in the Army for 35 years and served in Iraq, and I’ve had many hairy situations, but this was right up there with them. 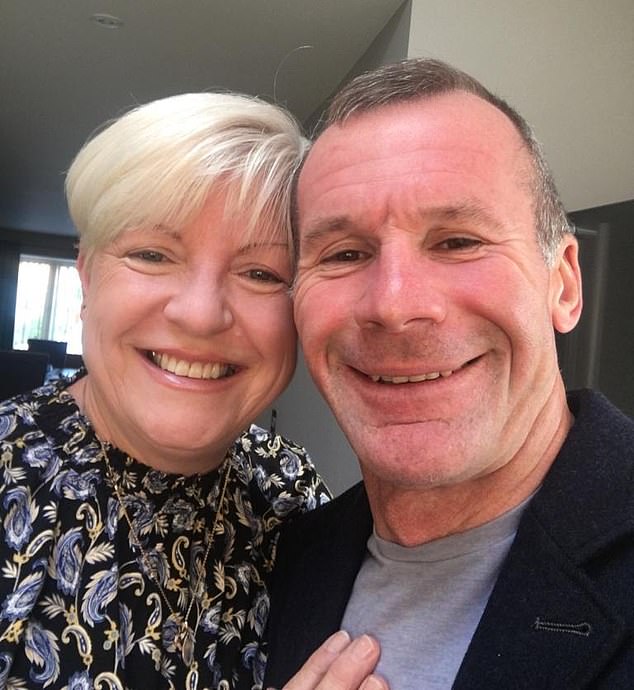 The retired British soldier managed to fly home to the UK where his worried wife Julie (pictured together), 59, was waiting for him 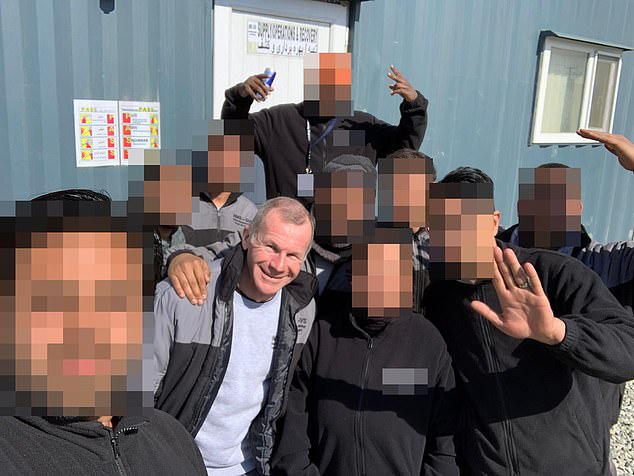 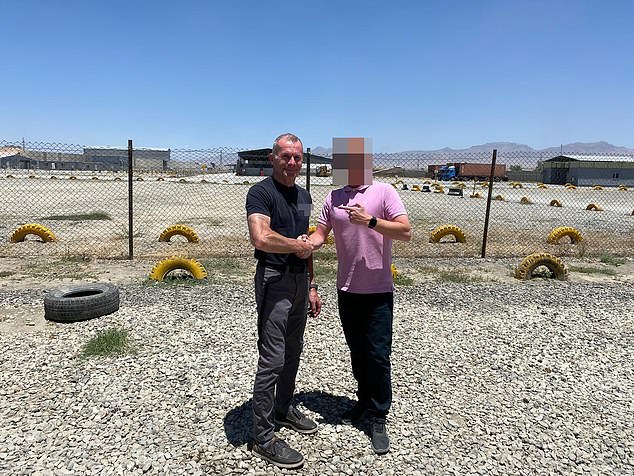 ‘The military training helps you try and think calmly and rationally, even when the sh*t is hitting the fan, but I really don’t like to dwell on what would have happened if we’d been stopped.

‘Having worked for the ANA in any capacity would definitely make me a target for the Taliban, and being a westerner, doubly so.’

Once they reached the hotel, his ordeal was far from over. A huge crowd of Afghans were blocking the entrance with Taliban gunmen standing around.

‘My two colleagues just hustled me through to the entrance somehow and we made it to the safety of the hotel,’ said Mr Comer. ‘I’m so grateful to them.’

In the Baron Hotel, Mr Comer was able to link up with soldiers of 2 Para, who drove him and other British expats through the melee outside the airport entrance.

‘I saw the scenes outside the hotel and the airport and I feel for those poor people so much,’ he said. ‘It’s a lovely country and I’d do anything to help them get out – the way this has been handled is appalling.’

He was flown on a C-17 transport plane to the UAE, and managed to fly home to the UK from there via Spain, where his worried wife Julie, 59, was waiting for him. 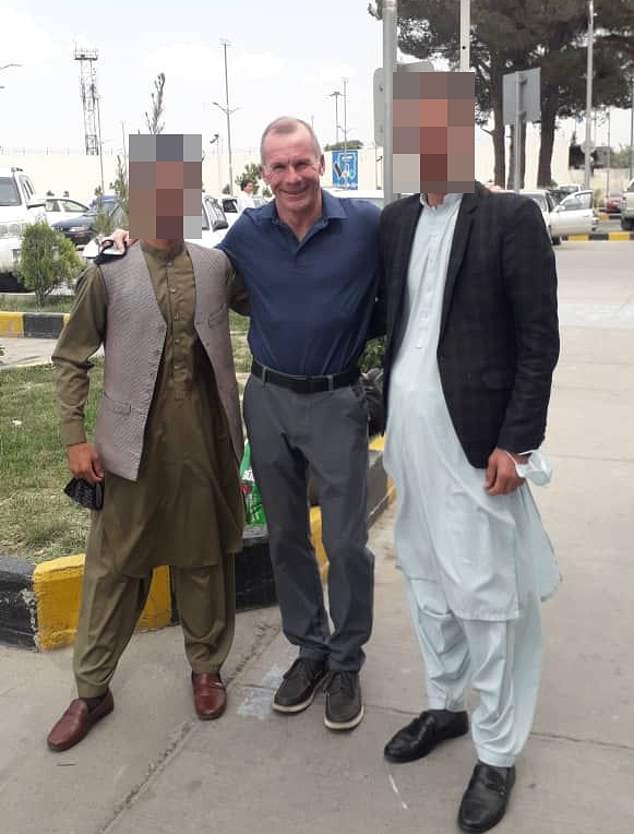 ‘I’ve lived and worked in a lot of challenging environments,’ he said ‘so she’s usually pretty relaxed about wherever I am, but this time she was frantic.’

Ironically, last night, safely back in the UK, Mr Comer received a call on his mobile – the first contact in which the Foreign Office had contacted him – asking if he was still in Kabul. ‘It tells you everything, really, he said.’

Now he’s back at home surrounded by family. He has three grown-up sons, two of whom followed him into the Royal Engineers, and nine grandchildren.

But his thoughts are still with the Afghans and other nationalities he left behind. ‘My heart bleeds for those beautiful people in a crazy country,’ he said.

‘Since I got back I’m getting emails and WhatsApp messages all the time from people asking if I can try and help them get out, as if I’m some kind of Messiah.

‘I’m not overly optimistic about what I can do to help them, but I’m trying, and I’m not going to give up any time soon.’