Russian police and protesters have clashed during demonstrations in the country. The protests began in the country’s Far East region, but have now spread across the whole nation. Express.co.uk has compiled a guide to explain what is happening in Russia right now and why Alexei Navalny is so crucial to the movement.

Tens of thousands of protesters have gathered across the country for one of the largest demonstrations against Vladimir Putin’s rule.

Russian police have detained an estimated 2,250 people at unauthorised rallies held on Sunday in support of Kremlin critic Alexei Navalny, who was detained in Moscow last Sunday, five months after he was poisoned by a deadly nerve agent.

The protests first erupted in Russia’s Far East, specifically in Vladivostok and Khabarovsk, but have now spread across the country.

In the country’s capital Moscow, hundreds of metal barriers have been erected to stop protesters from gathering. 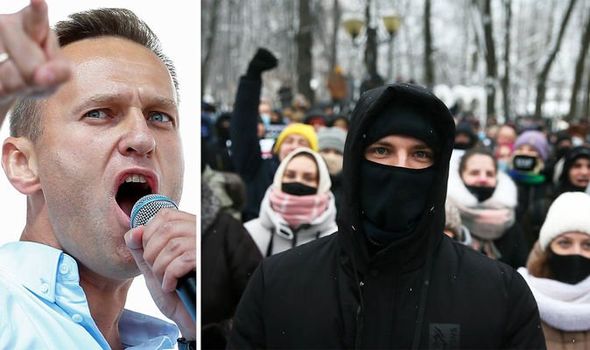 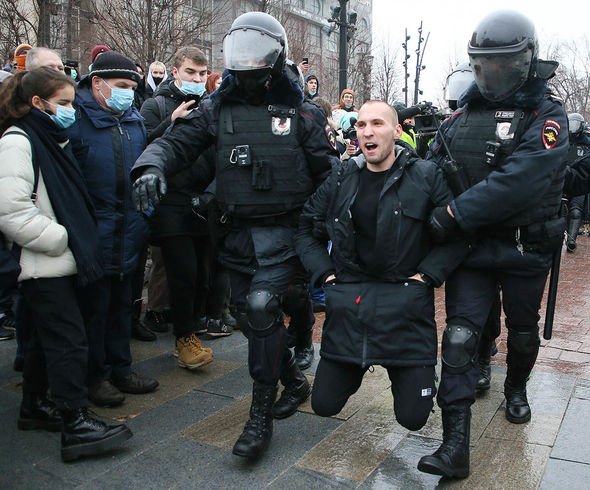 Who is Alexei Navalny?

The 44-year-old blogger reached international renown through his involvement with demonstrations and running for office to advocate reforms against corruption in Russia.

Described as “the man Vladimir Putin fears most” by The Wall Street Journal, he is a strong critic of the Russian President and his Government.

He uses his platforms, which have millions of followers, to criticise Mr Putin’s United Russia party claiming it is full of “crooks and thieves”.

He also accuses the Russian leader of “sucking the blood out of Russia” through a “feudal state” concentrating power in the Kremlin. 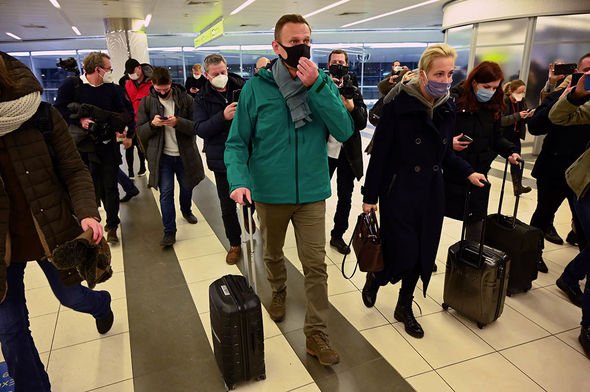 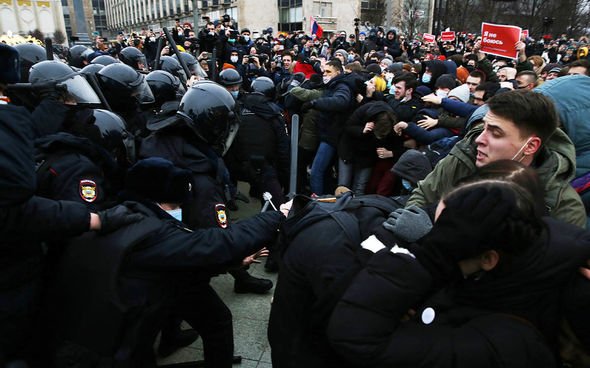 The Russian anti-corruption activist, who was nominated for the Nobel Peace Prize in 2020, has been arrested on several occasions by Russian authorities.

For years he has led nationwide protests, but in 2018 he was barred from challenging Mr Putin at the ballot box because he had a court conviction for embezzlement.

In August 2020, he was hospitalised in a very serious condition after he was sickened with a nerve agent during a flight from Tomsk to Moscow.

He was medically evacuated to Berlin and discharged a month later.

Russian prosecutors have refused to open a criminal investigation into the matter, but the Kremlin has denied involvement in his illness.

The EU and the UK responded by imposing sanctions on six senior Russian officials and a state chemical centre. 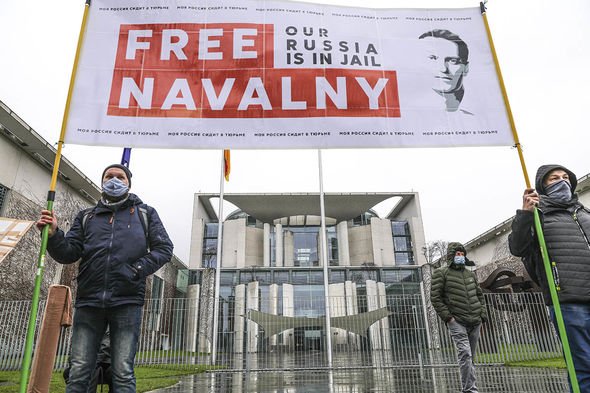 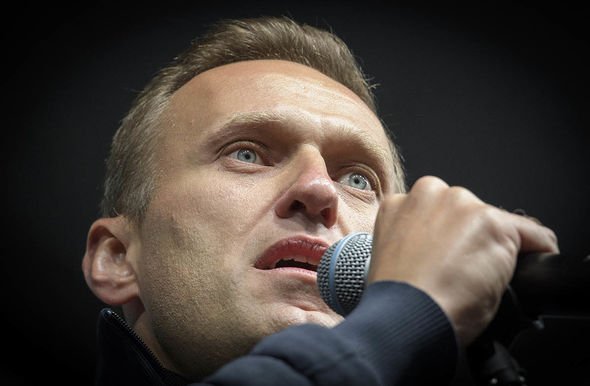 On January 17, 2021, Mr Navalny returned to Russia, where he was immediately detained on accusations of violating terms of a suspended jail sentence.

He claims the charges are false and designed to silence him, calling on his supporters to protest.

Mr Navalny’s Anti-Corruption Foundation (FBK) released a video on YouTube within which a luxurious palace located near the Black Sea is shown, which the Russian blogger claims was built for Mr Putin by rich businessmen.

The Kremlin denied these claims and dismissed the video as a “pseudo-investigation”.

The video shared by FBK has now been viewed by more than 65m in a matter of days, prompting action against Mr Putin. 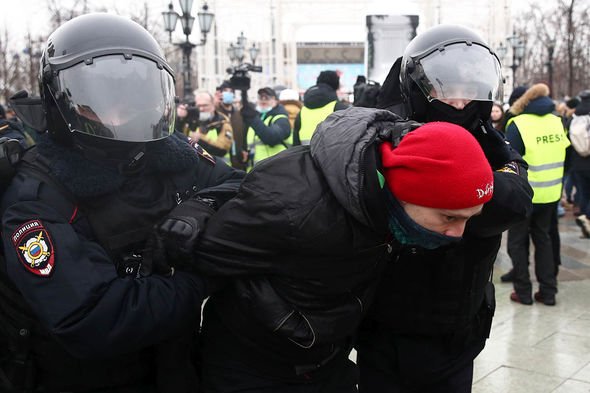 Mr Navalny’s wife Yulia Navalnaya was briefly held at a rally in Moscow according to reports, but she has since been released according to Russian agency Interfax.

Russian police have declared the gatherings to be illegal.

Video footage shared from across cities has shown riot police beating and dragging protesters away.

Teenagers were among the many Navalny supporters who joined the demonstration in Moscow’s central Pushkin Square.

These protesters were later forced by police to disperse to neighbouring streets.

Russia’s interior ministry said 4,000 had turned up in Moscow, but opposition sources and reporters on the ground say the figure was in fact closer to tens of thousands.

Prominent figure Lyubov Sobol, a close ally of Mr Navalny’s who had been fined for urging Russians to join the riots, was among the protesters.

Russia’s investigative committee said it had opened an inquiry into violence against police officers on Saturday evening.

In response to the rallies and arrests, the British Government has called on Russian authorities to respect international human rights commitments.

In a statement, the UK’s foreign ministry said: “We are deeply concerned by the detention of peaceful protesters and continue to monitor the situation closely.”

Monitors from Amnesty International decried “the viciousness of the police response” to protests against Mr Navalny’s “politically-motivated detention”.

A spokesperson for the US embassy condemned the violence and accused Moscow of suppressing Russians’ rights to peaceful protest.