Believe it or not, it's been over a decade since Sandra Bullock's last romantic comedy — 2009's All About Steve — and just as long since her last good rom-com, The Proposal, also from 2009. But in 2022 the Oscar-winning Miss Congeniality star is returning to the genre in a big way, with The Lost City. The just-released first trailer for the film makes it clear that Bullock and the film's male co-stars — Channing Tatum, Daniel Radcliffe and Brad Pitt — are prepared to bring the funny. (Watch the trailer above.)

Directed by Adam and Aaron Nee, the film stars Bullock as successful romance-adventure author Loretta Sage, who unexpectedly goes on her own adventure after she's kidnapped by an oddball billionaire (Radcliffe). Enter Alan (Tatum), the Fabio-like model who adorns the cover of her books in character as the dashing hero, Dash. Convinced that he is every bit the hero that Dash is, Alan sets off to rescue Loretta … only to need rescuing himself. Funnily enough, Tatum was a late addition to The Lost City, replacing Bullock's Proposal co-star (and former off-screen boyfriend) Ryan Reynolds as Alan before production began. 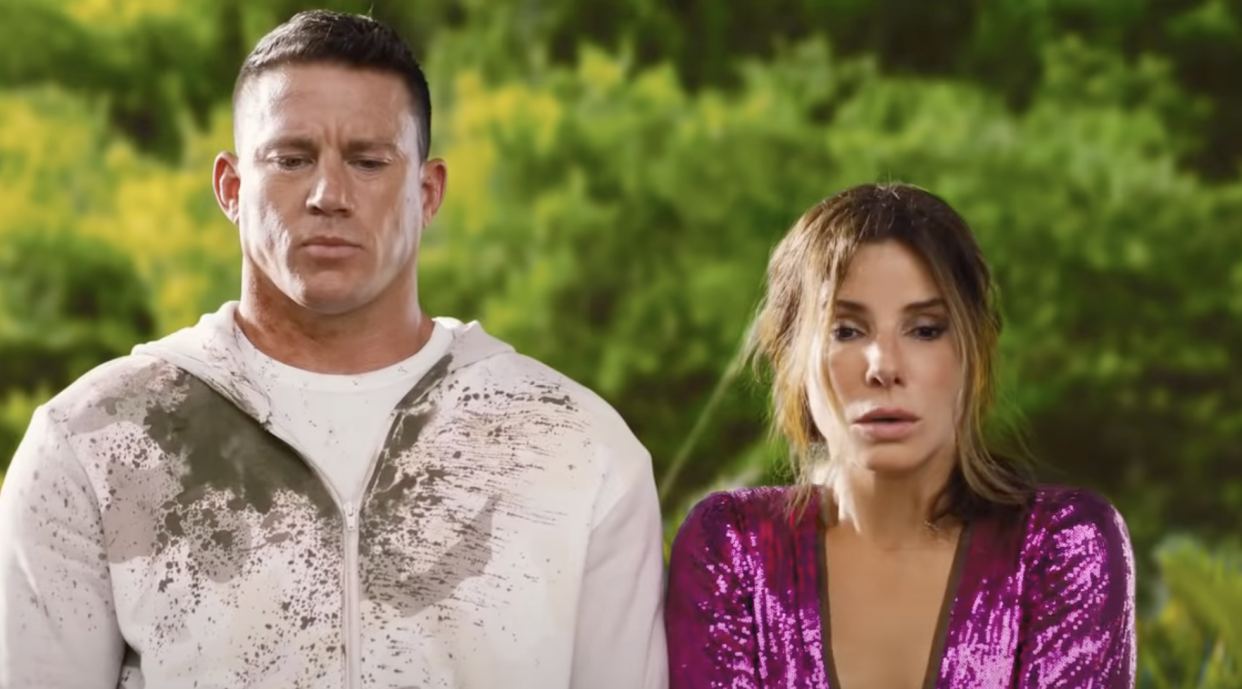 Clearly inspired by Robert Zemeckis's 1984 favorite, Romancing the Stone, The Lost City also features inspired cameos by comedian Nicole Byer as Loretta's agent and Brad Pitt as an actual adventurer who seems like the real-life Dash. As far as Twitter is concerned, though, the main attraction here is seeing Bullock still rocking the rom-com look after so many years away.

I can't wait to go see this! Growing up when I did, Romancing the Stone was formative for me. 🤣🤣

Plus I love Sandra Bullock. https://t.co/VgnVbZm7DC

Sandra Bullock is among the great comedic movie stars in Hollywood history. Also, this looks like a riot. Let’s go. #TheLostCityhttps://t.co/R1n941jIhN

sandra bullock would you please with cherries on top marry me? pic.twitter.com/7Ey4brhRZz

This poster for The Lost City is giving major Miss Congeniality energy and I am so here for it! Also, does Sandy Bullock never age?? pic.twitter.com/cqv4KIcQtA