For years, fans have wondered if Kourtney Kardashian and the father of her kids, Scott Disick, would end up together. But now that it's clear Kourtney has moved on with musician Travis Barker, Disick is opening up about how he feels.

In the premiere episode of the family's new Hulu reality series, "The Kardashians," Disick explains to Khloé Kardashian that "for the first time" in his life, his feelings are "finally starting to change."

"Now that Kourtney’s got her life with Travis, like, as hard as it is, it does give me a place to finally be able to move on," he told her. 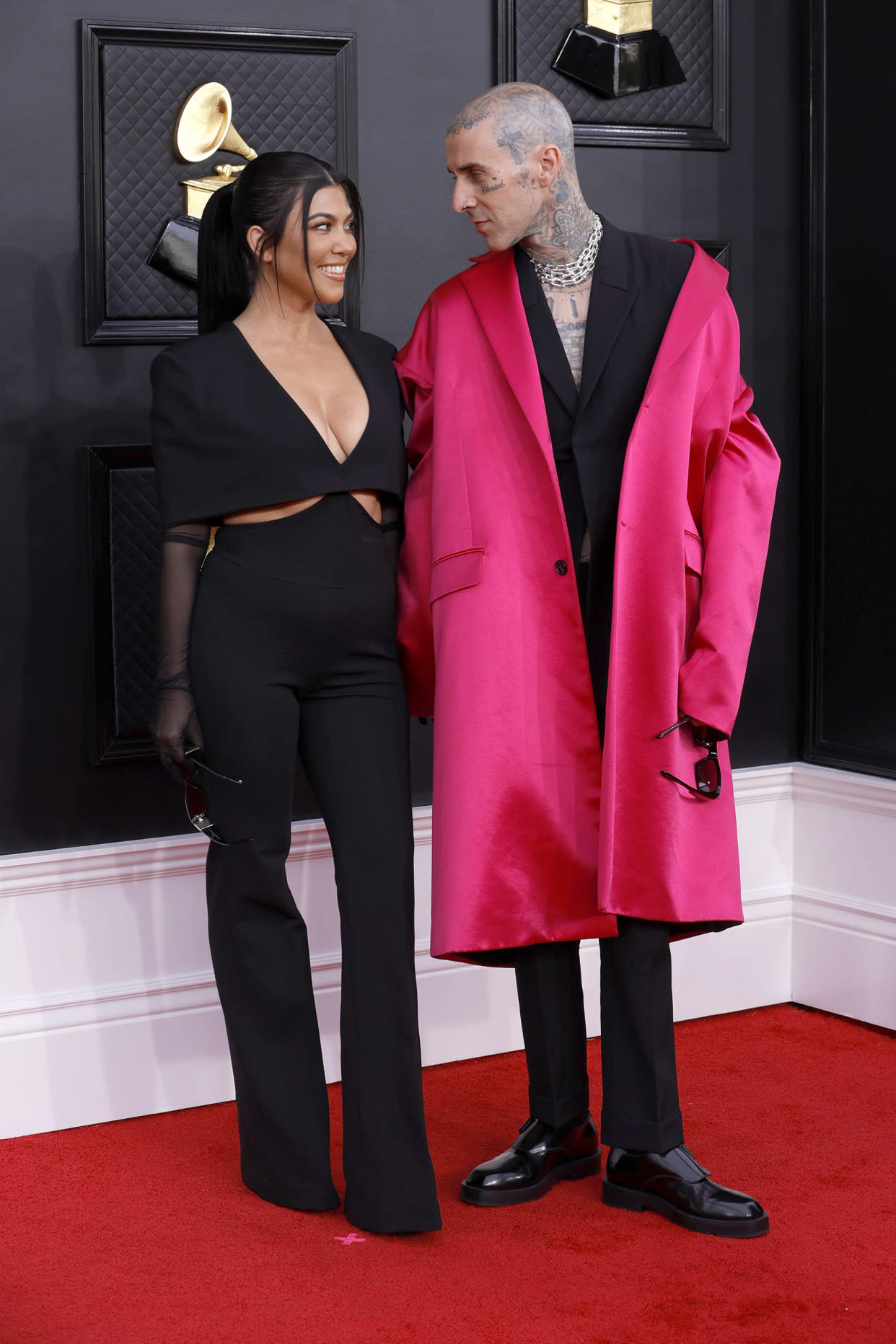 Kourtney got engaged to the musician in October 2021 after less than a year of dating. The two recently held a not-legally-binding wedding ceremony in Las Vegas and plan to have a more formal wedding later this year.

The first episode of the rebooted show, which was released on Thursday, opened with a small family barbecue sometime in 2021 before Barker and Kourtney's October engagement. During the gathering, Kim Kardashian brings up that Disick wasn’t invited to the party.

In his chat later with Khloé, Disick said that being left out of the event had been "hurtful."

"Feeling left out and not being told anything is super hurtful," he said. "Especially when I don’t have another family to go to."

He added that he would "rather be around (Kourtney and Barker) and be around my family than not at all."

Khloé explained that they'd felt like not inviting Disick had been a favor to him.

"Everyone knows he’s still in love with Kourtney, it’s not a secret. But this is 100 percent the happiest I’ve seen Kourtney," she said during a one-on-one camera interview. "I know how much Travis and Kourtney love each other."

Disick told Khloé that he just wanted what's best for his ex and her new relationship.

"You know I always had her friends or our family in my ear kind of like, ‘Don’t worry honey, eventually you guys will figure it out and you’ll get back together one day,'" he said. "So my foot was always halfway in the door.”

In a one-on-one interview, he explained that he believes Kourtney has "all right to despise me" for the "horrible" way he treated her "for years."

But he still misses her.

Disick and Kourtney's relationship is shaping up to be one of the major storylines in the first season of the new show.

Later in the first episode, Kourtney tells her sisters how frustrated she had been to learn Disick had direct messaged her ex Younes Bendjima to disparage her and Barker's PDA-laden vacation photos. After Bendjima posted their exchange to social media, Disick apologized to her.

"For so many years, Scott’s always gotten away with bad behavior and still been invited," she said. "And I don’t think that’s going to continue."