A court-ordered sheriff has raided cancer conwoman Belle Gibson’s Northcote house a second time in an attempt to recover an unpaid fine she received for falsely claiming she cured herself of brain cancer.

The sheriff’s office executed the second warrant on Gibson’s inner northern home on Friday morning as the stand-off continued over her refusal to pay a fine of more than $500,000. 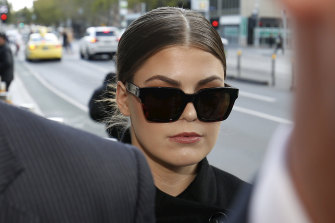 Consumer Affairs Victoria confirmed that government authorities are still attempting to recover the outstanding debt Gibson accrued after breaching consumer laws by misleading and deceiving people after she accumulated $420,000 through her cookbook The Whole Pantry and an app.

Gibson falsely claimed her brain cancer was cured through alternative therapies and nutrition. It was later revealed she never had cancer.

“A warrant of seizure and sale on Ms Gibson was executed today by Sheriff’s Officers at an address in Northcote.”

The Federal Court fined Gibson $410,000 in 2017 after Consumer Affairs Victoria took action against her. In January last year, the fine grew to more than half a million dollars with costs and interest.

Consumer Affairs Victoria applied for the warrant after Gibson’s appearance in the witness box in the Federal Court in May 2019. The items seized by the sheriff will later be sold.

Gibson appeared in the Federal Court in 2019, where her expenses were put under the spotlight as she claimed she was penniless and unable to pay the fine.

At the hearings, Gibson was questioned about what she had spent on clothes, a holiday to East Africa and cryptocurrency investments. 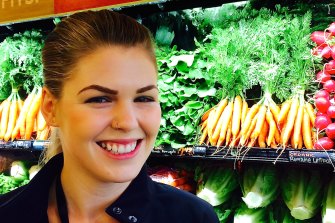 Belle Gibson has failed to pay a penalty slapped on her in 2017.

She told the court the rent of her Northcote home was $600 per week.

But a barrister for Consumer Affairs Victoria said an analysis found that between 2017 and 2019 she spent $91,000, including $13,000 on clothing, accessories and cosmetics, and $45,000 on “discretionary” spending. Gibson did not accept those figures. 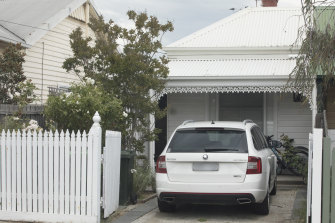 She told the court that a man named Clive Rothwell — who she claimed was not her partner but lived in the Northcote home with her and her son — helped pay for things like energy bills, a gardener, legal costs and rent.

Gibson also said that Mr Rothwell paid for a trip she took with her son to East Africa, which cost $5000. He gave her $2000 in cash to pay for the accommodation, she said.