Soldier killed himself after 'buying cocaine with military card'

SBS soldier, 28, was facing disciplinary hearing when he killed himself due to going AWOL and using military credit card to buy cocaine and hire call girl after London night out, inquest hears

A special forces soldier was facing a disciplinary hearing after going absent without leave and using a military credit card to buy cocaine and hire a prostitute when he took his own life, an inquest has heard.

Corporal Alexander Tostevin, 28, was serving with the Poole-based Special Boat Service when he died at his home in March 2018.

The inquest in Bournemouth, Dorset, heard that Cpl Tostevin had gone absent without leave in September 2017 following a night out in London.

Family friend Olivia Wynne-James, who had known Cpl Tostevin since childhood in Guernsey, told the hearing she had spoken to him before he disappeared.

‘The next I heard from him it was 5am the next morning and he was calling me to ask for my credit card details so he could have £5,000. I said no and he hung up on me,’ she said. 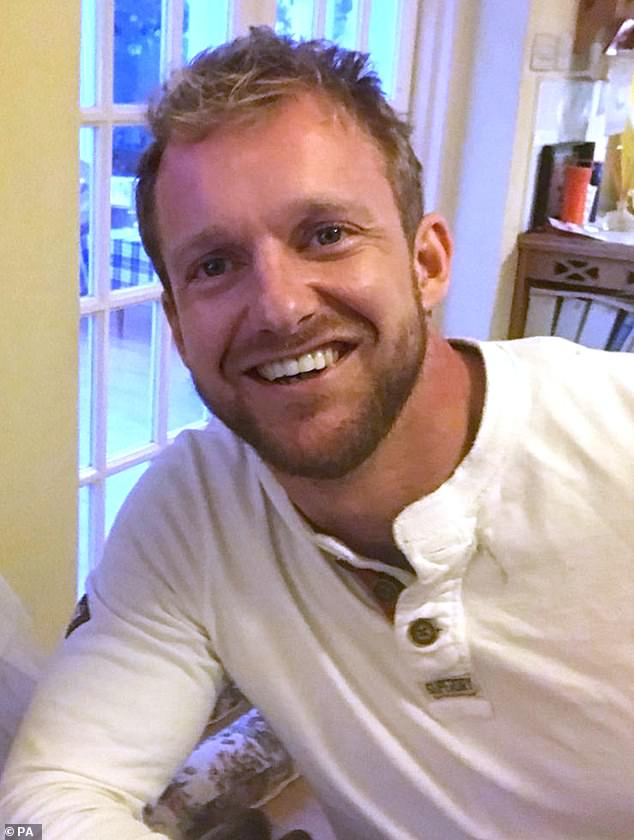 Corporal Alexander Tostevin, 28, was serving with the Poole-based Special Boat Service when he died at his home in March 2018

‘He was scared and nervous and talking really quickly. A few days later Alex was on leave and he came back to Guernsey and he told me about the bender and what happened that night.

‘He said after he had spoken to me, he had purchased cocaine and paid for a prostitute, then bought her a designer bag and took her to the cinema.

‘He said all the charges had been on his Marines credit card. Once he realised what he had done he had gone into a massive panic.

‘He knew he would be in serious trouble and tried ringing around his friends to see if anyone could help him repay the debt before it was too late.

‘He was really, really ashamed and embarrassed that he had let himself down. He was really worried about his job and he knew this could be the end of him in the Marines.’

Due to the disciplinary process, Cpl Tostevin was assigned a welfare officer, known as WO1, but they were replaced a few weeks before he died.

He had joined the Royal Marines at 18 and later passed selection for the Special Boat Service, completing an overseas operation with the unit in 2016. 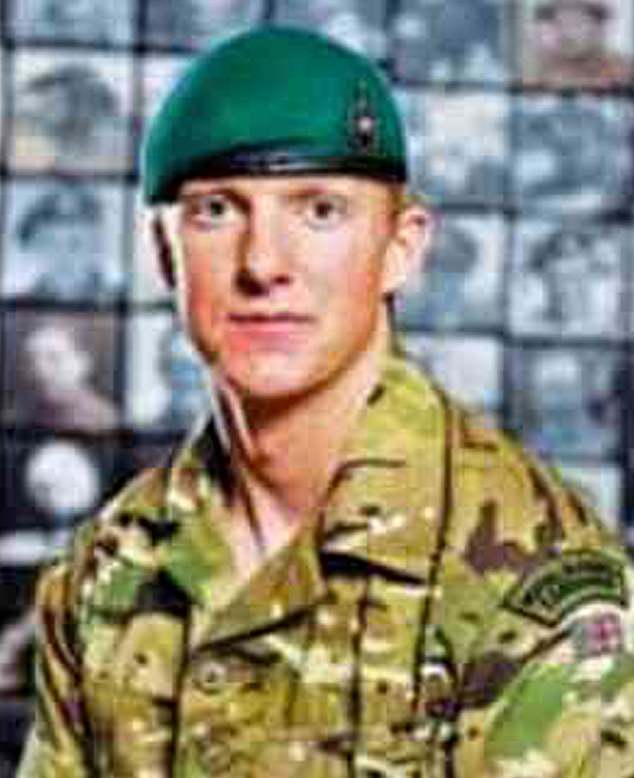 Corporal Tostevin (pictured) remained a serving marine until he was found dead at an address in Poole, Dorset, on March 18, 2018

Mentioned in despatches for saving troops pinned down by Taliban despite being shot in head: Who was hero SBS soldier Alex Tostevin?

Corporal Alex Tostevin, 28, was decorated for bravery after saving the lives of troops in battle against the Taliban.

He received a Mention in Dispatches (MiD) after continuing to fire his machine gun in Sangin, Helmand Province, even after he had been shot in the head.

His heroic actions in July 2010 allowed two other soldiers – who had been pinned down by gunmen – to escape and his citation revealed he ‘remained steadfast at his sentry position’.

At the time Corporal Tostevin said he was ‘over the moon’ to receive the award.

But the Special Boat Service operative is understood to have taken his life at the unit’s headquarters in Poole, Dorset.

Corporal Tostevin is one of 12 Iraq and Afghanistan veterans feared to have killed themselves in 2018.

Friends and family told the inquest that they saw a change in his personality and a decline in his mental health after returning from Afghanistan in 2010.

‘Alex had developed a complete disregard for his life and didn’t seem to care anymore and started distancing himself from everything and everyone,’ Miss Wynne-James said.

‘He just wasn’t acting like the Alex we had known only a few short months ago.

‘The anxiety got much worse over time. The last time I saw him was the worst I had ever seen him. Alex became more addictive in his personality.’

The inquest heard he had started drinking more heavily, had starting using cocaine and was careless with money.

He appeared in court in April 2017 and was fined and ordered to pay compensation totalling £10,000 following a nightclub bust-up.

‘More and more pressure was mounting on him and I think it was a really stressful time for him. The summer of 2017 was the most anxious I have ever seen him,’ Miss Wynne-James said.

‘He couldn’t sleep and would wake me up because he didn’t want to be alone. He would eventually drift off and I would sit and watch him screaming in his sleep, almost like a seizure.

She told the court that Cpl Tostevin’s death had been devastating for her as she thought of him as a brother.

‘I had seen him struggle for seven long years after that first tour in Afghanistan. He had given so much of himself and had never received the support and help he needed,’ she said.

‘I believe Alex was suffering from PTSD following what he had seen and what had happened to him in Afghanistan.

‘Nightmares, anxiety, drinking and drug abuse all show how he had been impacted as far back as his first tour in 2010.

‘I had seen so many changes in him, he was moulded into a different person.’

She added: ‘I hope those in charge of the Marines recognise that there are changes that need to be made and lessons that need to be learned from what happened to Alex so that other friends and family don’t lose their loved ones.’

Cpl Tostevin’s sister, Shelley Tostevin, told the inquest her brother’s chain of command were aware of how poor his mental health was. 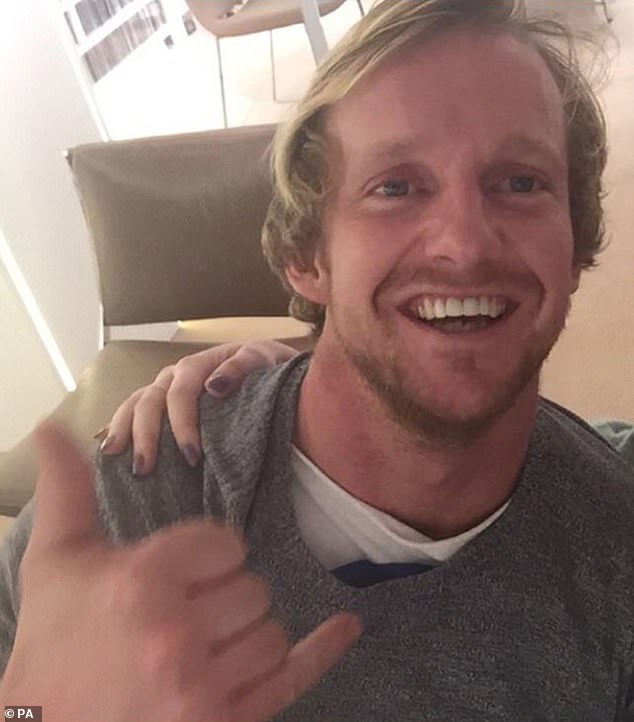 ‘They knew he had sat in the room with a noose around his neck because welfare officer 1 had told them and emailed them to confirm it, they had it, they knew it had happened,’ she said.

‘I don’t know what more Alex had to say to be listened to. He was clear, telling everyone what was happening.

‘Welfare officer 1 got removed from his care in the last crucial few weeks. He built a relationship up with them, he trusted them. It wasn’t in his best interest to take that away.

‘I think he did show signs of PTSD, he had night terrors, his spending with money was rash and he got more and more irritable.

‘As his sister, I think he was trying to manage and self-medicate, medicate those emotional scars with the use of drugs and alcohol.

‘All I can think about is what would have happened had Alex got the care he required and deserved.

‘I am sure he wouldn’t have died the way he did, on the day he did, had that been the case. He wanted help and treatment, he had asked for it and thought he was going to go to hospital, and he didn’t.

‘He was in his flat with his dog, 999 and the Samaritans and I just don’t believe that to be adequate.’

Earlier in the inquest, Cpl Tostevin’s mother Alison slammed the ‘casual and incompetent’ care he received from the Armed Forces.

She wept as she said his mental health deteriorated and he became a ‘shell’ of himself mired in debt.

She claimed the Ministry of Defence failed to provide adequate support when they knew he had sat in a darkened flat with a ‘noose around his neck’, the hearing heard.

Mrs Tostevin, a teacher, said: ‘I didn’t know there was a problem with Alex’s care before I got the files I could read.

‘We were going to have the inquest and when I read the file I contacted your office (the coroner) and corresponded to you about some of the things that disturbed us.

‘The thing that disturbed me and traumatised me the most is that everyone knew for two days before my son died, the MOD knew, the welfare officer knew, that my son had sat in his flat in a darkened room with a noose around his neck.

‘Welfare officer 1 reminded you in an email confirming that everyone knew that’s what my son had done.

‘I think that life must be cheap to people who think that it’s OK to leave someone with their dog and 999 and the Samaritans and that all boxes are ticked and that’s a fine job of care.

‘I don’t know anyone for whom that would be good enough. Our precious son is gone and his care was casual and incompetent and careless and you have destroyed us.’

Mrs Tostevin said the wife of a serving officer said at his funeral he had been put on an informal ‘suicide watch’ in February 2018 but the support was ‘not good enough’.

She told the inquest: ‘The wife of a serving member said to me at Alex’s funeral that he had been on an informal suicide watch and it was not enough.

‘He was staying with herself and her husband and their two children sleeping on their couch after her husband found him crying and rolling around in a gym.

‘She said it was not good enough as they were not qualified to look after him and he was couch surfing without privacy and felt he was intruding.’