A SON is said to have "gouged out his mum's eyes so she couldn't look at him as he killed her" after he allegedly believed she was a demon.

Daniel O'Hara-Wright, 23, suddenly turned on his mum Carole as they strolled at a National Trust beauty spot in Oxfordshire and used a broken glass bottle and stick to kill her, a court heard. 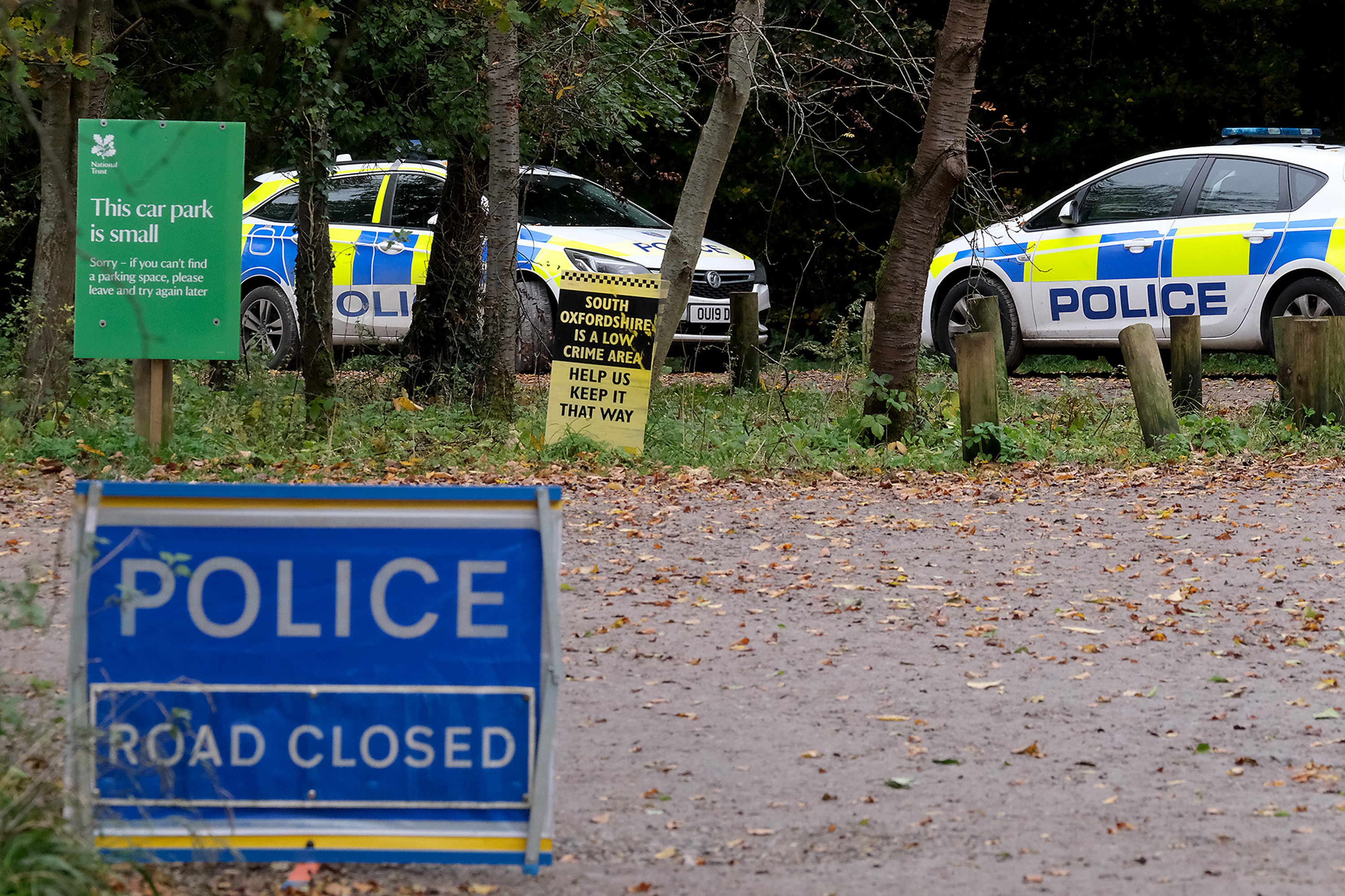 He gouged out her eyeballs because he didn't want her looking at him at the horrific murder scene, he told police.

The 23-year-old, fromUxbridge, West London, has denied a charge of murder at Oxford Crown Court.

The jury was today shown a happy photo of the pair taken just two days before the alleged horrific murder.

It's alleged O'Hara-Wright turned on his mum because he thought she was "a demon."

The jury heard how after killing Mrs Wright, the son fled leaving her body at the Watlington Hill National Trust estate.

He ran into a road and jumped on a passing motorist's car before "car-jacking" the horrified woman driver and forcing her to head towards the Oxfordshire village of Christmas Common.

Stepmum 'poisoned with salt by cellmates' in revenge for tragic Arthur, 6

He jumped out of the car and ran across the countryside before electrocuting himself so severely that his arm had to later be amputated.

Prosecutor Alan Blake told the jury how O'Hara-Wright then went on to break into a nearby farmhouse where the occupants were enjoying a sauna.

It's alleged that they found him sometime later, naked and covered in blood in their bathroom and raised the alarm.

The court heard that on the afternoon of October 23 last year, the 23-year-old tried to flee the scene after killing his mum Carol.

Mr Blake told the jury: "Daniel had not been diagnosed with any mental disorder but members of his family had observed some increasingly strange and erratic behaviour."

At a point early in the walk, Daniel is said to have launched a ferocious attack on his mum and inflicted fatal injuries upon her.

He used sticks, a broken glass bottle and his feet before he "removed both her eyes."

O'Hara-Wright allegedly then ran across the woodland to a pond where he dumped some of his personal belongings before jumping on top of the car.

Among the dumped items was the 23-year-old's jacket – which had one of his mum's eyeballs in its pocket, the court heard.

He then jumped out of the vehicle and made his way again cross-country until he reached a large detached house.

Prosecutor Alan Blake said: "He was naked and responded to officers' instructions to get on the floor but it soon became apparent that he had multiple serious injuries.

"One of the officers, Pc Cartwright, asked him if anyone else was hurt. Initially, he said nothing but then he said 'I've hurt my mum'.

"At 19.45 that evening, O'Hara-Wright was arrested on suspicion of murder. He responded calmly saying 'that's fine, I understand' before adding 'it was kill or be killed'."

Daniel had knife injuries to his throat and groin and was rushed to hospital.

Mr Blake explained: "Dr Kennedy, instructed by the defence, concluded that Daniel suffers from paranoid schizophrenia. His illness rapidly and catastrophically deteriorated over the course of a few hours prior to the offence."

"At the time of the killing, Daniel had described visual hallucination and paranoid delusions in which his mum transformed into a demon.

"He saw the change in her eyes.

"He then hit her with a bottle and smashed her face to remove her eyes so that she could not see him.

"In Dr Kennedy's expert opinion, Daniel believed that he was defending himself against an attack by a satanic being rather than a human being and he believed he himself was a God."

During the hearing, the jury was told graphic details that were uncovered during a forensic examination of his mum's body.

Mr Blake explained: "There was also semen found on the jacket which produced a DNA profile which matched that of Daniel."

The court heard that a post-mortem examination conducted by Dr Brett Lockyer had found that Mrs Wright had died due to an acute upper airway obstruction along with blunt force injury to the head, neck and chest as well as external neck compression.