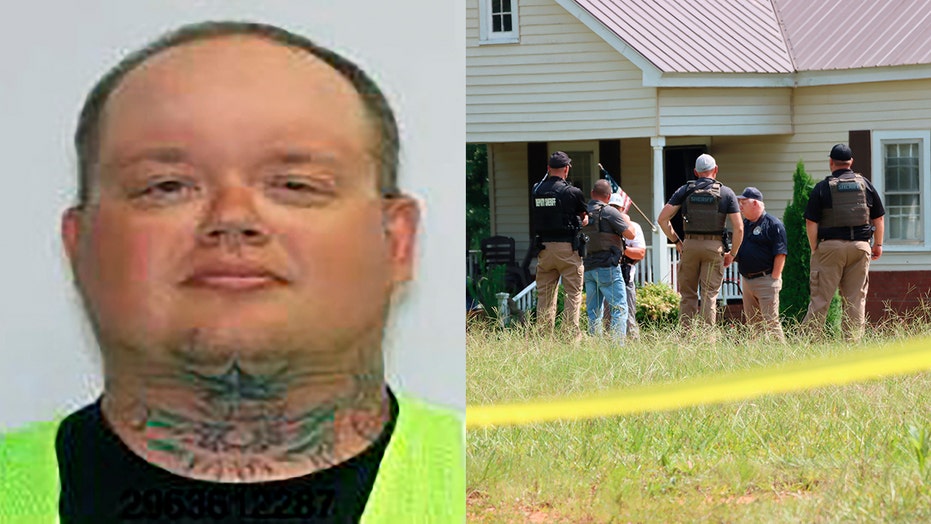 A man suspected of killing three people and injuring a child in a shooting in South Carolina on Monday has been arrested in Florida following a manhunt, authorities said Tuesday.

The shooting occurred around 3 p.m. at a home in rural Greenwood County, about 50 miles south of Greenville. Deputies found a woman, man and a girl dead inside, said Greenwood County Sheriff Dennis Kelly.

Authorities said the suspect, Jeffery David Powell, 36, took a commercial flight after the shooting. He was arrested hours later when U.S. Marshals found him at a Jacksonville, Florida, hotel, according to the sheriff’s office.

Kelly didn’t provide details into how Powell made it to the airport or how officers learned of his whereabouts, the Index-Journal of Greenwood reported. At a news conference Monday evening, the sheriff noted that deputies were still trying to piece together what led to the shooting.

“There’s a relationship there, but we’re still trying to get some of those details on how they know each other,” Kelly said.

As of Monday night, the child injured in the shooting was in stable condition, according to the paper. Kelly said the child managed to get out of the home and ask a neighbor for help — and someone there called 911.

The sheriff added that authorities were holding off releasing more information into the relationship between the suspect and victims until the Greenwood County Coroner’s Office is able to notify the next of kin.

During the course of the investigation, the sheriff’s office said Powell’s status was upgraded from a person of interest to a suspect. 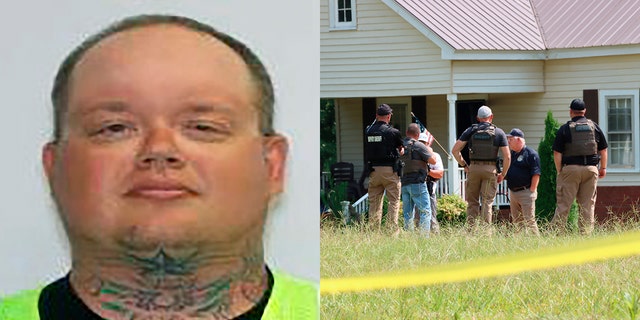 The State Law Enforcement Division had been called to help with the investigation, and police dogs were seen searching the area around the home where the shooting occurred.

According to court records, Powell was convicted of domestic violence in 2013 and 2014.

The sheriff’s office didn’t say what charges Powell is facing after the shooting, or if he has a lawyer.