Stamp worth more than Mona Lisa to be displayed in London

ROLAND WHITE on the stamp worth more than the Mona Lisa: Ounce for ounce, the 1c Magenta stamp is the most priceless artefact on Earth and YOU could own a piece of it

To the untrained eye, it’s not much to look at. You might glance at this tiny scrap of paper, measuring just 29mm by 26mm, and wonder what all the fuss is about.

It has a deep magenta background almost the colour of beetroot. Indeed, it was once dismissed as ‘a red smudge’.

Look closely and you’ll just make out some faded text, along with a signature which looks as if it might have been scribbled with a felt-tip pen.

Don’t understand the excitement? You are clearly not a philatelist.

Because this is the Mona Lisa of the stamp-collecting world – the only known surviving example of a British Guiana 1c Magenta.

And the really exciting news for UK collectors is that the world’s rarest stamp will soon be on display in London, at the headquarters of dealer Stanley Gibbons, which recently paid $8.3 million (£6.2 million) for it at an auction in New York. 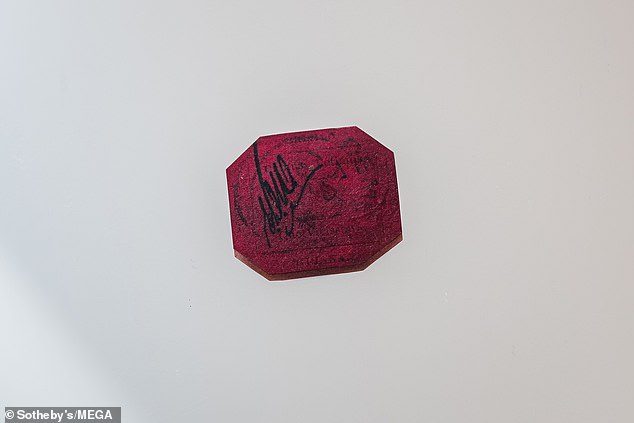 The world’s rarest stamp will soon be on display in London, at the headquarters of dealer Stanley Gibbons, which recently paid $8.3 million (£6.2 million) for it at an auction in New York

That’s almost a bargain compared with the $9.5million paid for it by shoe designer Stuart Weitzman in 2014, but it still means the stamp is the most valuable item by weight ever made.

At about one-thousandth of an ounce, this means — and you’ve probably done the arithmetic already — that its value per ounce is an astonishing $8.3billion.

How does that compare? Paris’s Louvre museum would never sell Leonardo da Vinci’s Mona Lisa, but an insurer quoted $100 million for it in the early 1960s.

That would now make it worth about $800 million today – though its true value may well be even higher.

We do know the value of other works of art, though.

The world’s most expensive painting is currently the Salvator Mundi, a portrait of Christ, also by Leonardo which sold for $450 million in 2017, though questions persist about its provenance.

Gold, by the way, is currently selling at a measly £1,300 per ounce. Hardly worth the bother, really.

Difficult to believe, but all these assets are easily outstripped by a tiny scrap of paper, which owes its existence to an administrative error.

In 1856 Edward Dalton was postmaster of British Guiana, a colony in South America that is now independent Guyana. He was expecting a consignment of 50,000 stamps from Great Britain, but only 5,000 arrived. Perhaps the rest were sent second-class.

Mr Dalton was clearly a man of action. To keep the mail moving, he decided to issue a temporary set of stamps, designed and printed by the publisher of the country’s Royal Gazette newspaper.

The Gazette stuck largely to the design of the original stamp, but added an illustration of a ship and the Latin motto of British Guiana: Damus Petimus Que Vicissim (We give and expect in return).

To guard against forgery, Mr Dalton ordered that all stamps should be signed by post-office clerks.

And so it was that one of these, Edmond Dalzell Wight, scribbled his initials on an octagonal one-cent Magenta one day and passed into stamp-collecting history.

There were three sets of the temporary stamps: a one-cent magenta version for delivering newspapers, and a four-cent version in both blue and magenta for ordinary letters.

It is this quirk of administrative fate that accounts for the rarity value of the 1c Magenta.

When the expected delivery finally arrived from Britain, Mr Dalton had the temporary stamps destroyed. Because the 1c was used only to deliver newspapers — and not many people hang on to those — most of the 1c Magentas were lost.

However, one lone stamp did survive.

In 1873 a Scottish schoolboy called Louis Vernon Vaughan was sorting through some papers for his uncle when he spotted an unusual stamp.

The 12-year-old, who lived in British Guiana, clearly had a interest in philately, but perhaps not an eye for the main chance.

He sold the stamp to a local lawyer and fellow collector for just six shillings. That’s about £40 in today’s money. Five years later that lawyer turned a nice profit by selling the stamp to a Liverpool dealer called Thomas Ridpath for £120 (about £14,600).

Ridpath, in turn, sold it later that year for £150 to a wealthy French businessman and collector called Philipp von Ferrary.

In 1922 it fell into the hands of an American philatelist called Arthur Hind, who paid $36,000, apparently outbidding King George V.

Mr Hind is a rather controversial figure in the stamp world. It was rumoured that he once discovered a second 1c Magenta, but destroyed it to maintain the value of his own stamp.

According to the story, he lit himself a cigar and then calmly set fire to this second stamp with the same match.

This is not the only controversy surrounding the 1c Magenta. A German collector claimed in the 1990s that he had one, bought from a Romanian dancer who had fallen on hard times. But this was dismissed by experts as a 4c Magenta that had been altered.

One owner of the genuine version was the billionaire U.S. philanthropist John E. du Pont, who died in prison in 2010 while serving a sentence for the murder of an Olympic champion wrestler called Dave Schultz.

Despite these colourful connections, it is fair to say philately does not have a particularly glamorous image.

To outsiders, stamp collectors are people who are looking for something more relaxing than the giddy thrill of trainspotting.

This could not be further from the case. Philately is the favoured pastime of monarchs and presidents. King George V built up a world-famous collection that now belongs to the Queen and is on display at St James’s Palace in London. 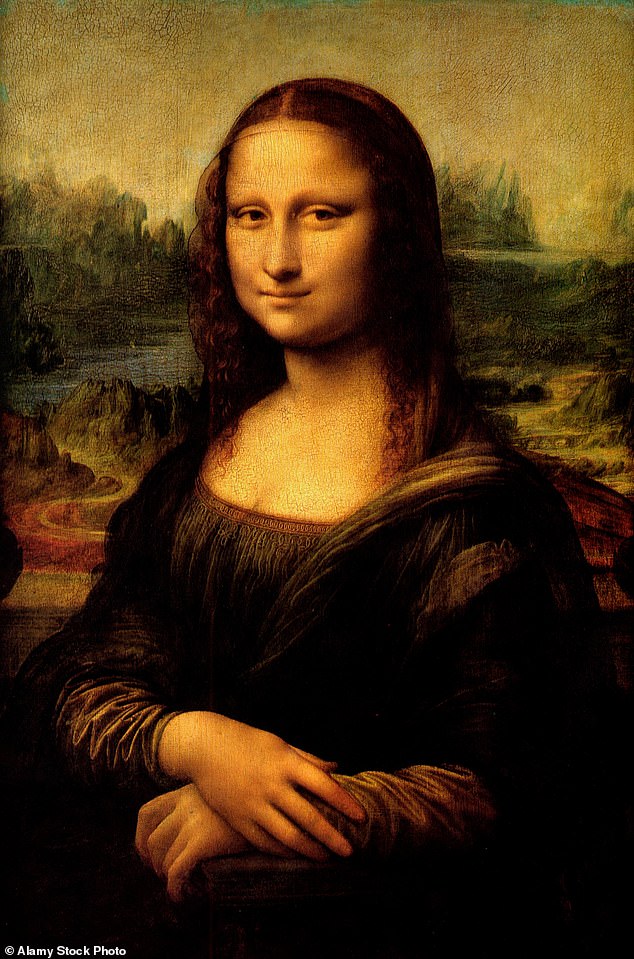 The last surviving British Guiana 1c Magenta has a value per ounce of an astonishing $8.3billion, more than Da Vinci’s Mona Lisa (above)

President Nicolas Sarkozy of France took up collecting in middle age, helped by gifts from the Queen and Arnold Schwarzenegger.

Freddie Mercury of the band Queen collected stamps, as did John Lennon, who started as a boy and once helped design a set of stamps in support of striking postal workers in 1971.

What is the appeal?

The writer Hunter Davies, who also took up the hobby in middle age, once put it like this: ‘According to the Freudians, collecting things such as stamps all goes back to potty training and obsession with one’s bowels, which I think is b******s. I took it up as harmless fun, a nice quiet distraction.’

The humble Magenta has certainly been getting the rock star treatment. It was accompanied from New York to London by two armed guards so that it was never out of sight.

When it goes on show, the temperature will never be more than 21c and the light exposure no more than 50 lumens.

It will be displayed in a special zero-oxygen frame, with humidity controlled at between 40 and 60 per cent.

Graham Shircore, the chief executive of Stanley Gibbons, said: ‘The British Guiana 1c Magenta really is the Holy Grail of philately. It’s truly one of a kind.’

The stamp will not only be going on display, but will be at the centre of a stamp collectors’ co-operative.

Stanley Gibbons plans to introduce a shared ownership scheme, so that enthusiasts can buy a slice of this treasure at a modest price. ‘This isn’t just for wealthy collectors,’ says Mr Shircore.

Who says philately gets you nowhere?