THIS is the terrifying moment suspected kidnappers attack a man and bundle him into the back of a van in broad daylight today.

Shocking footage shows three men jumping out of a grey Ford van and dragging a man towards the vehicle in South Woodford, East London. 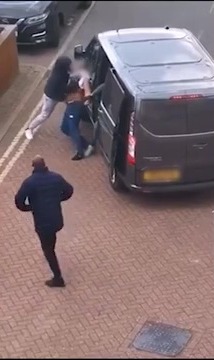 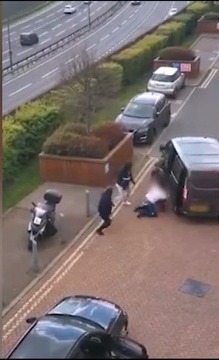 The Met Police pleaded for more information on reports of a brazen kidnapping at around 3pm this afternoon.

Cops said two men got out of the van and bashed a man while a third suspect waited inside the vehicle.

The van then sped off, followed closely by a black BMW.

The driver of the BMW had reportedly been speaking with the man who was beaten and grabbed just moments before the van arrived at the scene.

Cops searched the area and then traced the van to Chigwell, where it was stopped.

Two men aged in their 20s were arrested and charged, while the alleged victim, aged in his 30s, was taken to hospital with non-life threatening injuries.

Cops are now trying to find the third man in the van as well as the BMW driver.

Detective Sergeant Sajid Asghar said: "This was a brazen act on the part of the suspects; carried out in broad daylight while a number of shocked witnesses looked on.

"Thankfully officers responded swiftly to get the victim to safety, and we are now appealing to the public to help us."

Anyone with information has been asked to call police on 101, quoting CAD3965/11Apr. 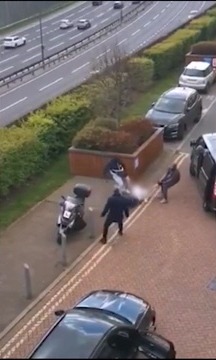 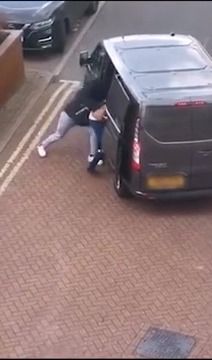