REVEALED: The City of Westminster has the most planning breaches in the UK with 47% of complaints upheld – and 11 London boroughs take up the worst 15 areas as wealthy homeowners ‘try to cut corners’

The City of Westminster has the most planning permission breaches in the country – with almost 5,000 enforcement notices issued in four years.

This is compared to Birmingham which had the second highest number of complaints, but in a much larger 268km area, with 7,991 in the same four years. Just 139 of those resulted in action – a measly two per cent.

Some 11 London boroughs took up the worst 15 areas, with one planning expert blaming the figures on wealthy homeowners ‘trying to cut corners’.

Joe Whitworth, Head of Planning at design firm Resi, told MailOnline ‘breaches in planning can be common as there’s not a lot of support out there for homeowners and a general lack of clarity in the industry’, adding ‘it’s easy for mistakes to be made if the contractor isn’t using a fully inspected drawing’.

He also blamed the high number of upheld complaints on Westminster City Council’s ‘highly resourced planning team’, and added: ‘They’re able to be much more proactive in sniffing out planning breaches’.

A spokesman for the council agreed it was ‘no surprise we handle more planning complaints and breaches than any other authority’. They said: ‘Westminster is the busiest planning authority in the country dealing with thousands of developments each year.’ 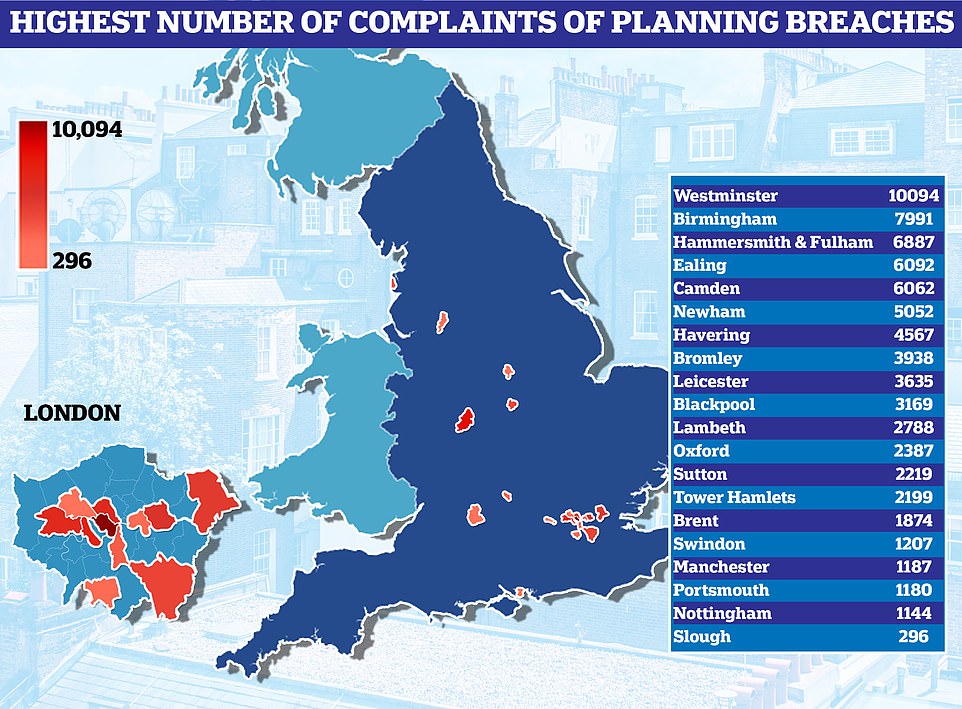 SOHO: Recent upheld complaints in the borough include a roof terrace on Richmond Buildings in May 2020. The terrace, complete with railings and planters was not allowed 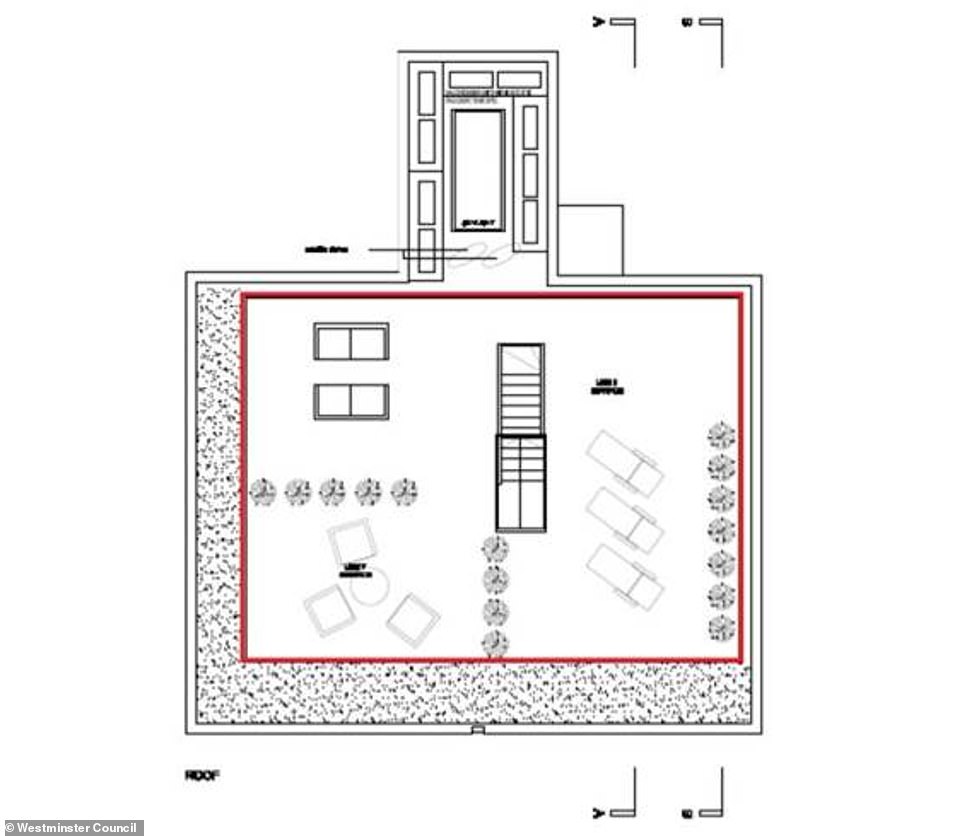 SOHO: A detailed example of what the roof terrace looked like despite not having planning permission 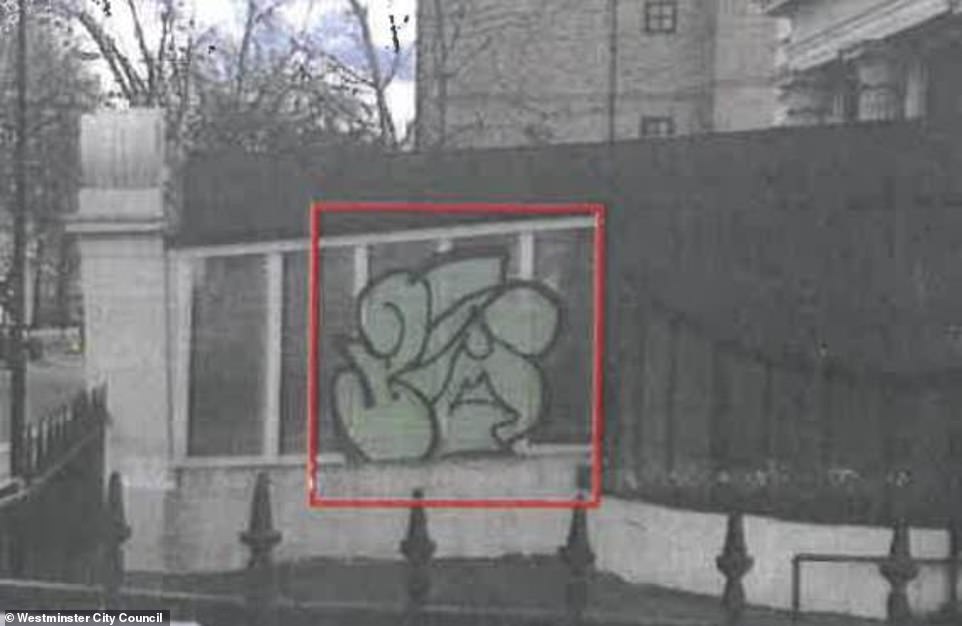 PADDINGTON: Graffiti and a badly maintained outside area was blasted in one enforcement notice in Westbourne Terrace from June 2018 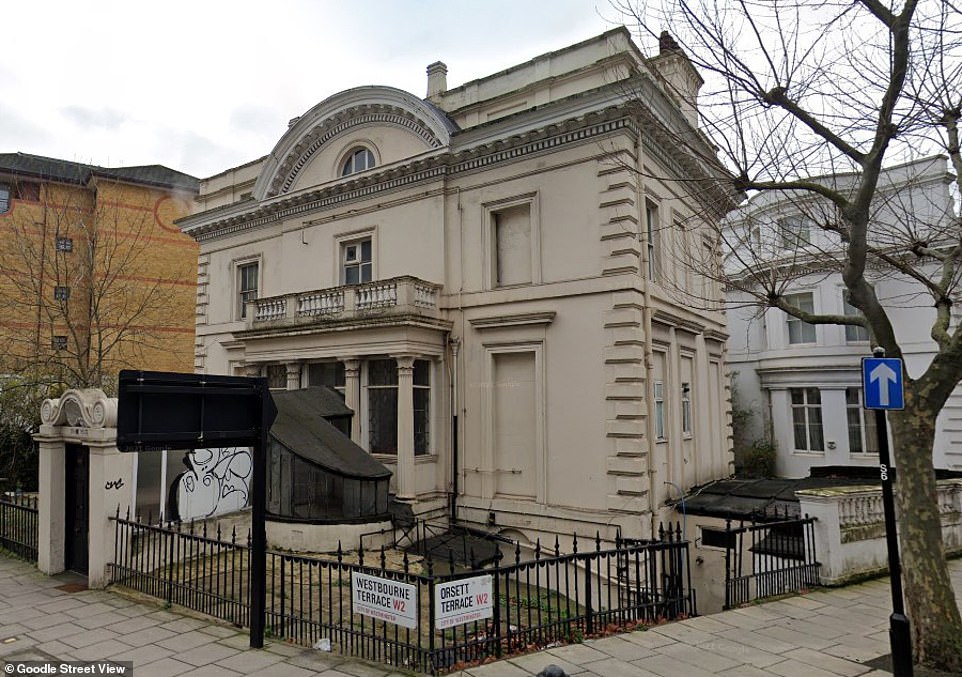 PADDINGTON: A street view of the building on Westbourne Terrace which was in a bad state of repair 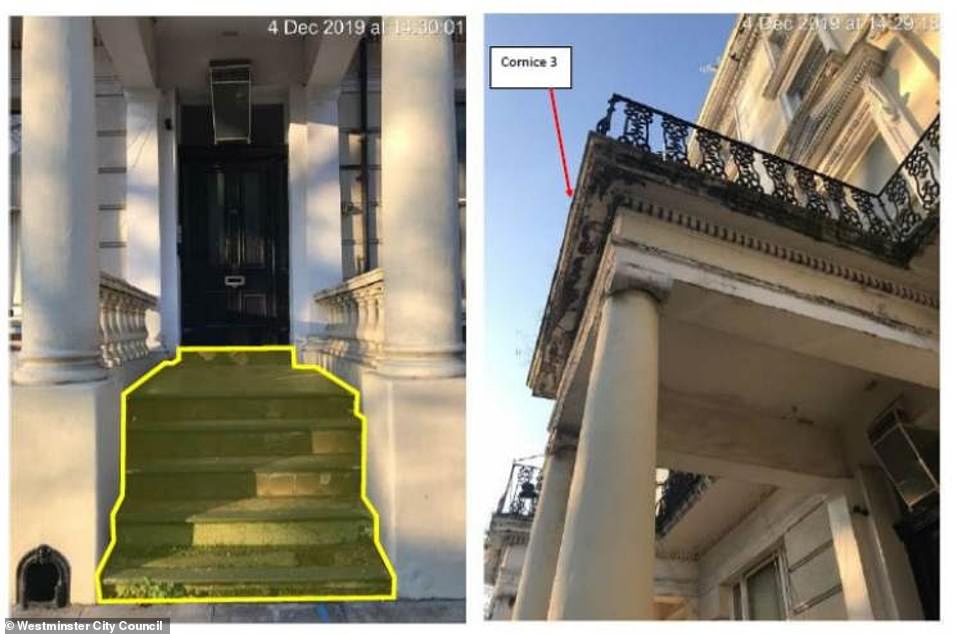 BAYSWATER: Photographs show the repairs needed in the house in St Stephen’s Gardens in December 2019

Recent upheld complaints in the borough include a roof terrace in Soho and a badly maintained garden, featuring graffiti, in Paddington.

Another complaint, in St Stephen’s Gardens, Bayswater, was made because of the ‘poor condition of the building’. The upheld ruling laid out clear steps that needed to be taken to remedy the situation within four months.

It said: ‘Hack off any perished, unkeyed, cracked or loose render/stucco from the front elevation of the Property from basement to fourth floor levels.’

The City of Westminster and Birmingham were followed by Hammersmith and Fulham, Ealing, Camden, Newham, Havering, Bromley, Leicester and Blackpool.

The areas with the most formal action against planning permission breaches

In the City of Westminster, 47 percent of complaints about planning permission breaches led to formal action by the local authority. More than 4,700 enforcement notices were served from 2016-2020.

Enforcement notices are usually issued once a party has already begun unauthorised development, to effect a cease in the work. Through enforcement notices, the council can request that you alter building work or remove it completely, and not complying can mean serious consequences like fines and prosecution!

In the London Borough of Brent, 42 percent of complaints by residents to the local authority of planning permission breaches led to the issue of enforcement notices in the last five years. Overall, almost 800 enforcement notices were served from 2016-2020.

The local authority for the London Borough of Ealing received more than 6,000 complaints about alleged planning permission breaches from 2016-2020. Of those complaints, 15 per cent, around 900 cases, led to the issue of formal enforcement notices.

Mr Whitworth added: ‘The City of Westminster is known for having a highly resourced planning/enforcement team, so they’re able to be much more proactive in sniffing out planning breaches.

‘We would also assume, given the competition for space in the area and the premium placed on Central London housing, that neighbours are more watchful about what their neighbours get up to and how this impacts surrounding properties – leading to more complaints.’

Colby Short, founder and CEO of GetAgent.co.uk, told MailOnline: ‘Although there is no way of knowing the true extent of why there are so many planning breaches in Westminster in particular, there are a number of factors that could be considered.

‘To begin with, a lot of properties in Westminster are attached, which means boundaries around the property are smaller and it’s much easier to cross the line into the neighbouring property.’

Mr Short said many of the properties are older and therefore have strict guidelines which can be easy to breach, with ‘even the simplest of changes’ like ‘painting without permission’ landing owners in trouble with their local authority.

He added: ‘The price per square foot in London and especially in Westminster is a lot higher than the rest of the UK, so a lot of people try to expand their properties and make them bigger – which allows them to sell for much more.

‘Not only this, but in Westminster, many of the properties are much older and can have stricter guidelines due to their age or listed status. For some properties, the council will not allow homeowners make even the simplest of changes, such as painting without permission.

‘Lastly, this specific area of London can attract a lot of oversea buyers, whether for second homes or an investment. Many overseas buyers will not fully understand the extensive guidelines involved in the planning process.’

Mr Short added than a planning breach was not illegal but ignoring an enforcement notice without a successful appeal against it is against the law.

Geri Silverstone, planning communications consultant, told MailOnline: ‘One explanation of this is that there is a lot of high net worth individuals living in Westminster who are not always using all the correct consultants to help them with their projects. This in turn leads to mistakes and failing to get the right permissions in place.’

Mr Silverstone added that it was ‘very much to do with basement builds’. He said: ‘This the problem you get when you have large private houses trying to do things through permitted development rights and then falling foul of what they are allowed to do.

‘In Westminster you can’t build up or sideways, so the only way is down. A lot of time this will end up in a breach of the law.’

A spokesman for Westminster City Council said: ‘Westminster is the busiest planning authority in the country dealing with thousands of developments each year. It is no surprise that we handle more planning complaints and breaches than other authorities. 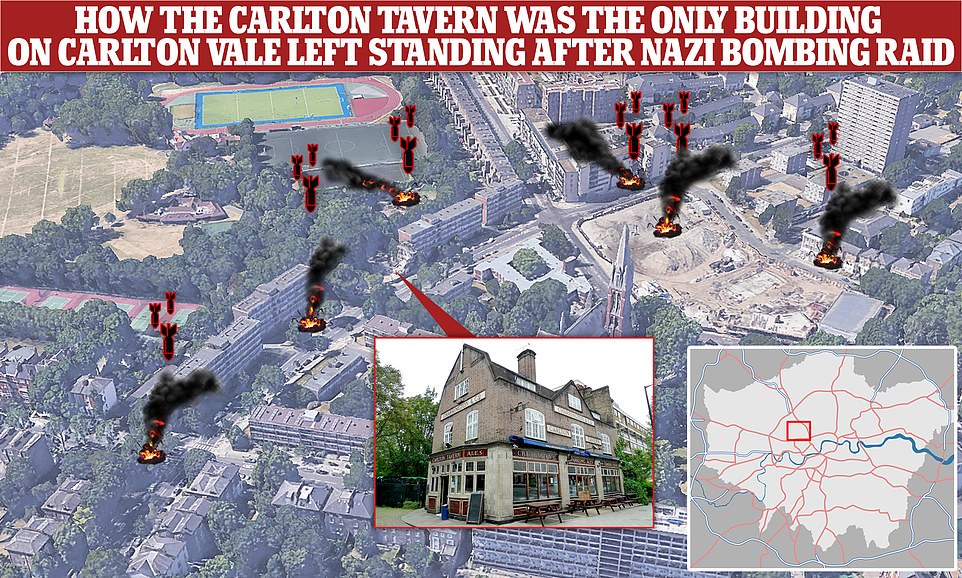 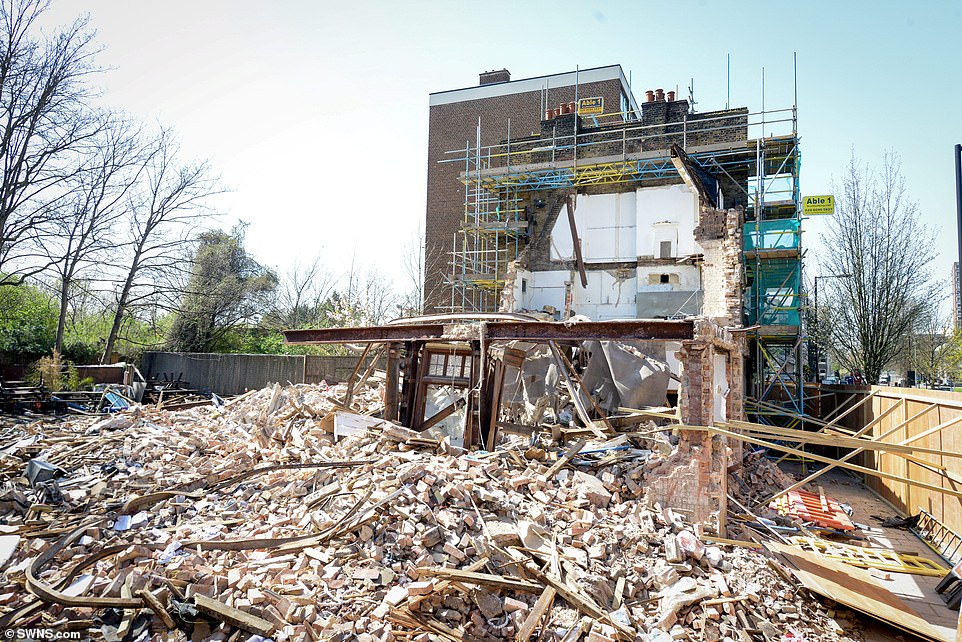 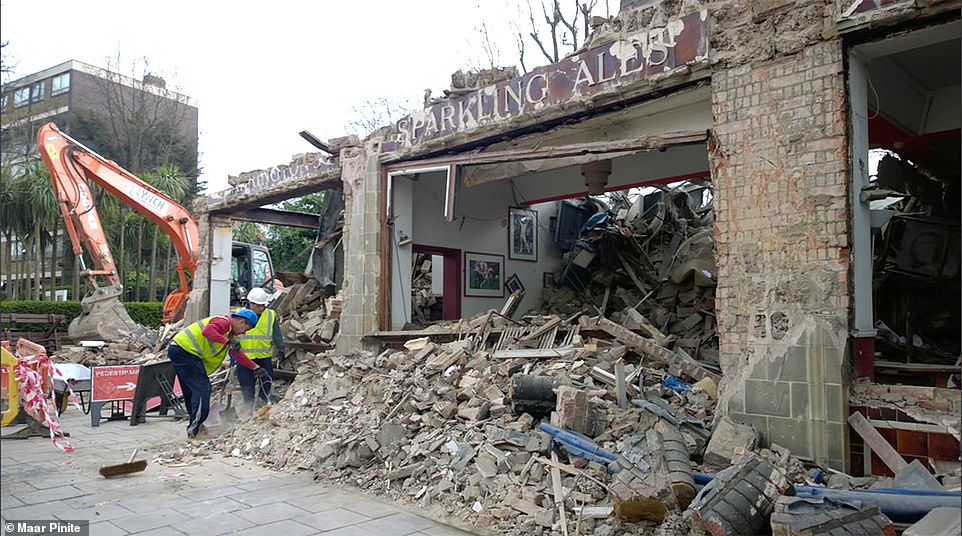 When you don’t need to apply for planning permission

Although for most home renovations planning permission is needed, in some cases you might not need the local authority’s permission to carry out the work.

Permitted development rights (PDR) allow certain changes to be made to buildings without needing to submit a formal application for planning permission.

Permitted development rights are authorised under the government. Some cover the conversion of residential properties to commercial space, while others may cover home improvements like extensions.

While work covered under PDR requires no planning permission, you do have to submit an application to the local planning authority to determine if it requires ‘prior approval’. If the work is deemed to require approval, the local authority will approve or refuse the application.

‘While we always try and resolve breaches of planning rules amicably, through negotiation, there are instances where negotiation doesn’t resolve the issue and we are forced to pursue formal enforcement action in the interest of our residents.

‘The authority is well equipped and experienced in handling planning enforcement and the data demonstrates the dedication and efficiency of our team. There are many high profile examples of the council going above and beyond to stand up for local communities – such as the case of the Carlton Tavern Public House where the dedication of the planning enforcement team in conjunction with the support of the community led to the ‘brick by brick’ re-building of the pub, which had been knocked down illegally.’

It comes after the Carlton Tavern in Maida Vale, West London, reopened six years after the developers were sensationally told to rebuild it ‘brick by brick’.

The pub was being considered for Grade II-listed status by English Heritage when it was demolished in 2015 without the appropriate planning permission in place.

More than 5,000 campaigners then urged Westminster Council to act, and chiefs ordered Israeli property developer CTLX who owned it to rebuild the whole thing.

The pub closed in April 2015 and the owners were denied planning permission to convert it into ten flats – but ordered it to be demolished, two days before English Heritage was due to recommend it become a Grade II-listed building.

This incensed campaigners who took their case to the council, which forced the owners to rebuild the whole thing. 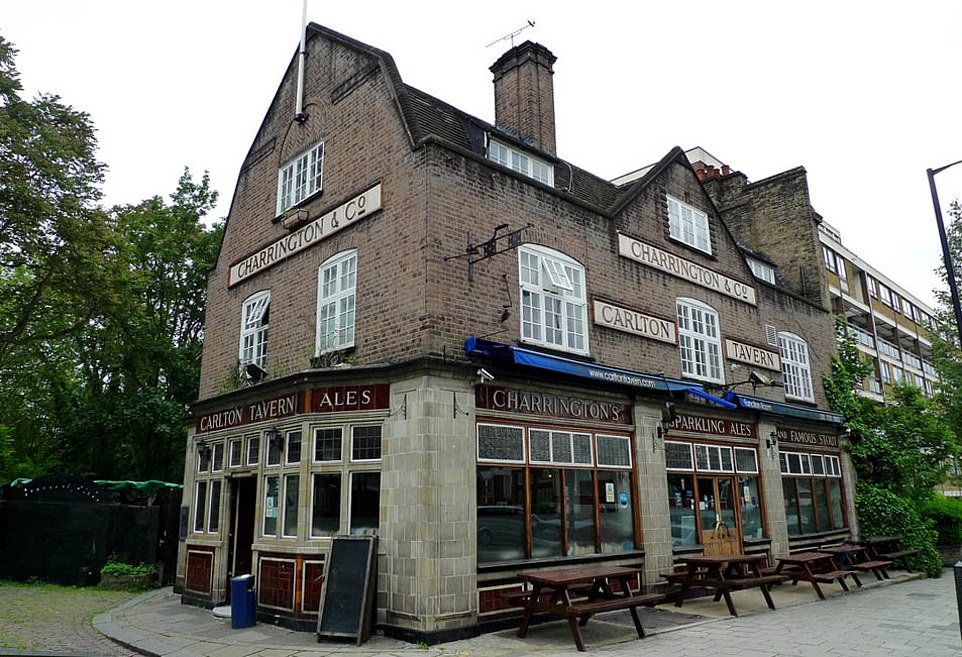 The Carlton Tavern in Maida Vale, West London, is pictured before it was demolished in 2015

This move was rubber-stamped by a planning inquiry one year later which ruled it had to be rebuilt ‘in facsimile’, including the red bricks and tiled name.

Campaigner Polly Robertson, from the Rebuild the Carlton Tavern group, told The Observer: ‘We had a suspicion before the demolition that they would do something, so we asked English Heritage to think about listing it. They took a plaster cast of every tile, they took pictures and documented everything.’

The Campaign for Pubs said the ruling ‘set an incredibly useful precedent’, with full planning permission now required before pubs can be converted into shops under permitted development rules.

The pub was the only building left standing on Carlton Vale after a Nazi bombing raid on Maida Vale during the Second World War.

It replaced an earlier pub on the site from the 1860s which was destroyed by a German Zeppelin bomb in May 1918.

The Carlton Tavern was built in 1920 in the Vernacular Revival style by Frank J Potter.