Home » The history behind the conflict between Israel and Palestine 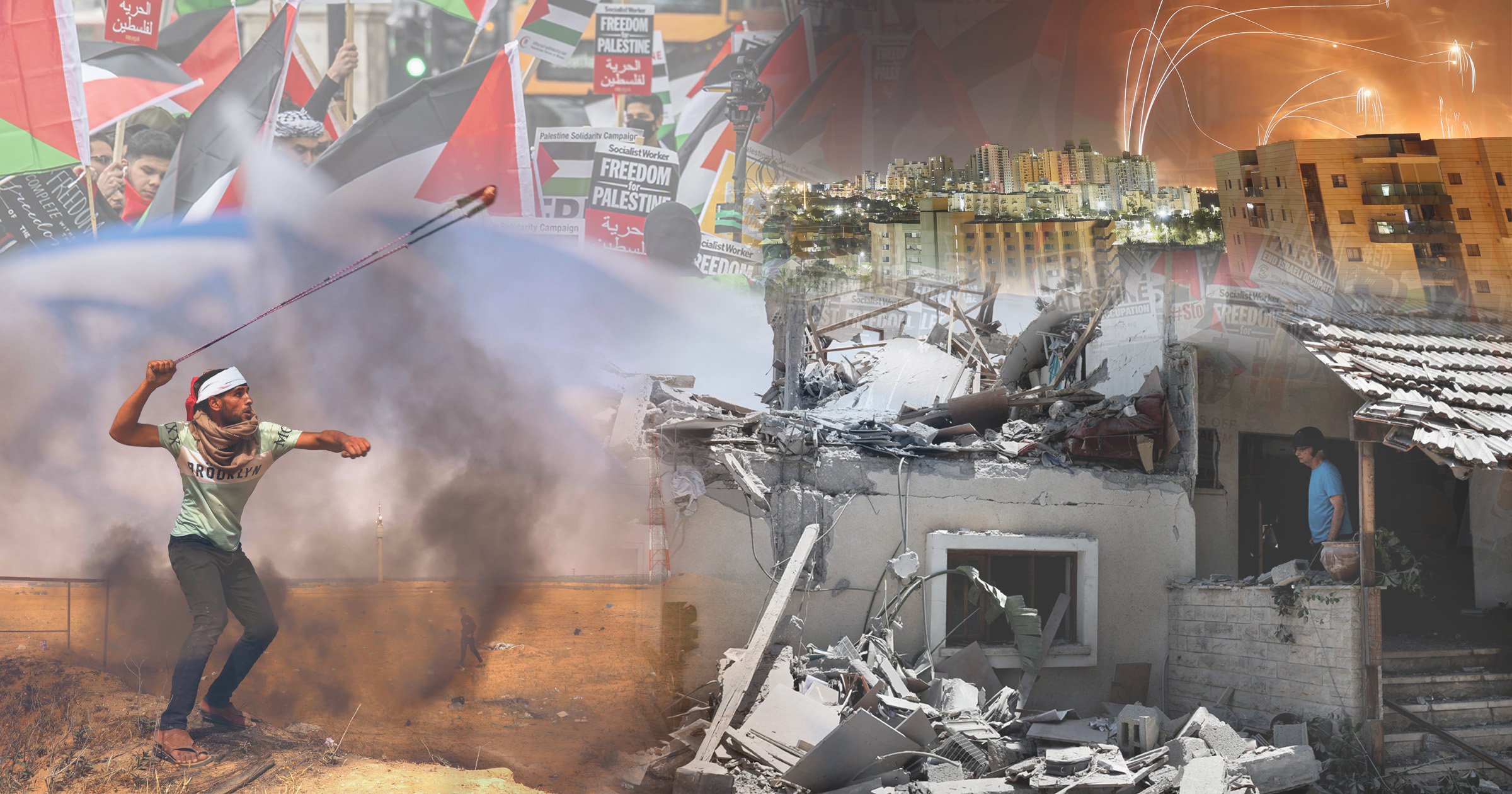 Fears of a full-scale war are growing as Israel continues its relentless airstrikes on Gaza, while Palestinian militants fire rockets into Tel Aviv.

The latest outbreak of violence has been the heaviest side between the two sides since 2014.

Clashes began after more than 300 people were injured after Israeli police stormed into East Jerusalem’s al-Aqsa mosque during the holy month of Ramadan.

Tensions have been mounting for weeks over a now-delayed Israeli court ruling on whether dozens of Palestinians could be evicted from the Old City’s Sheikh Jarrah neighbourhood to make way for Jewish settlers.

Airstrikes have killed 43 people in Gaza, inducing 13 children, while six people have been killed in Israel.

But this is just one of many rounds of bloodshed in a decades-long dispute over land and self-determination.

What is the conflict between Palestine and Israel?

Violence between both sides relates to Israel’s half-century military occupation of Palestine and its expansion of Jewish settlements on Palestinian land.

Many countries agree that these settlements are illegal but Israel denies this and encourages settlers to move to the West Bank with economic perks, including tax exemptions.

Palestine wants to be an independent state with East Jerusalem as its capital, which is currently occupied.

But Israel views the whole city as its capital, with only the US and a handful of other countries recognising this claim.

There have been numerous attempts to negotiate peace and a ‘two state solution’, but the boundary between the two countries is still in dispute.

Palestinians have proposed ‘1967 borders’ referring to armistice lines from before the Six Day War, when Israel captured the Gaza Strip from Egypt, the West Bank and East Jerusalem from Jordan and expanded its territory beyond the borders agreed upon in 1949.

However Israel have rejected this proposal in the past as ‘unrealistic’ and ‘indefensible’.

The chances of reaching a solution look increasingly remote, after decades of on-off violence between both sides.

The creation of Israel

After the First World War Britain took control of the area known as Palestine after defeating the Ottoman Empire.

The land was inhabited by an Arab majority and a Jewish minority, and for a while both groups coexisted in relative peace.

But tensions mounted when Britain took on the task of establishing a ‘national home’ for the Jewish people, issued through the Balfour Declaration in 1917.

Both the Arabs and the Jews claim the region as their ancestral home, and as more Jews arrived between the 1920s and 1940s, violence between both groups and British rule grew.

In 1947 the UN voted for Palestine to be split into two states, one for the Jews and one for the Arabs, with Jerusalem as an international city.

Jewish leaders accepted the proposal but it was rejected by the Arabs and never materialised.

In 1948 British rulers left and Jewish leaders declared the state of Israel, which led to neighbouring Arab countries launching an attack the following day.

Around 700,000 Palestinian Arabs fled or were forced out of their homes and became refugees, and by the time the war was over in 1949, Israel controlled most of the territory.

Tensions between Israel and its Arab neighbours remained and led to a short but bloody conflict with Egypt, Syria and Jordan.

Israel seized the Sinai Peninsula and the Gaza Strip from Egypt, the West Bank and East Jerusalem from Jordan, and the Golan Heights from Syria.

The UN brokered a ceasefire, bringing the Six Day War to an end, but it significantly altered the map of the region and is still the source of political tension.

As a result, most Palestinian refugees and their descendants live in Gaza and the Israeli-occupied West Bank, along with neighbouring Jordan, Syria and Lebanon.

They are not allowed to return to their homes in Israel as it says this would threaten its existence as a Jewish state.

In 2005 Israel completed its withdrawal of the Gaza strip, although it is still considered by the UN to be occupied.

It is surrounded by a barrier and Israeli forces tightly control what comes in and out in an attempt to stop weapons reaching Hamas — the Islamist militant group that governs the strip.

Since the its founding in 1987, Hamas have terrorised Israeli civilians with suicide bombings and rocket attacks.

The Hamas charter long called for the complete destruction of Israel, and the group’s extremism and dogmatism is often seen as a hindrance to long-term peace in region.

However, its charter was revised in 2017, accepting a Palestine based on 1967 borders – rather than the entire territory – although it still doesn’t recognise the legitimacy of Israel.

Israel says its occupation of Gaza and the West Bank is necessary to protect itself from terrorism but Palestinians say they are suffering as a result.

For more than 25 years, the international community have tried, and failed, to reach some kind of solution.

The most recent peace plan, prepared under Donald Trump’s presidency, was hailed as the ‘deal of the century’ by Israeli Prime Minister Benjamin Netanyahu.

But Palestinian leaders were united in their rejection of the proposal, which would have put Jerusalem under complete Israeli control.

Palestine would have been offered a capital on the outskirts of the city currently behind the Israeli barrier.

The plan also denied the right of return of Palestinian refugees into lands they were forced to flee and said Israel would maintain security responsibility for the future state of Palestine, which would have to be demilitarised.