Authorities on the Spanish island of La Palma ordered the evacuation of the towns of Tajuya, Tacande de Abajo and the part of Tacande de Arriba that had not already been evacuated due to a volcanic eruption, emergency services said on Friday.

Authorities initially ordered residents of those towns to stay indoors but moved to an evacuation due to intensifying volcanic activity, they said.

The volcano on the island is continuing to produce explosions and spew out lava, five days after it erupted, authorities said. 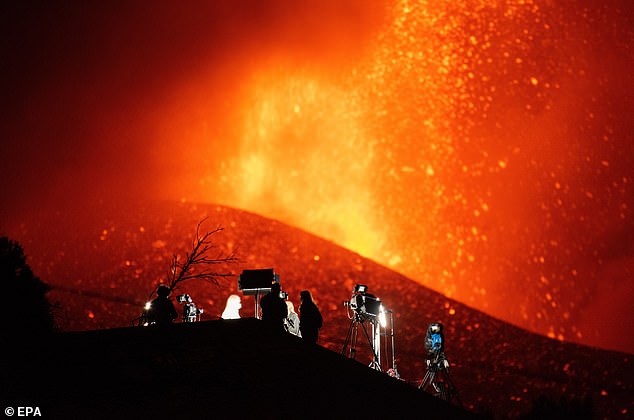 The Cumbre Vieja volcano continued to produce explosions and spew out lava today, five days after initially erupting on the Spanish island of La Palma 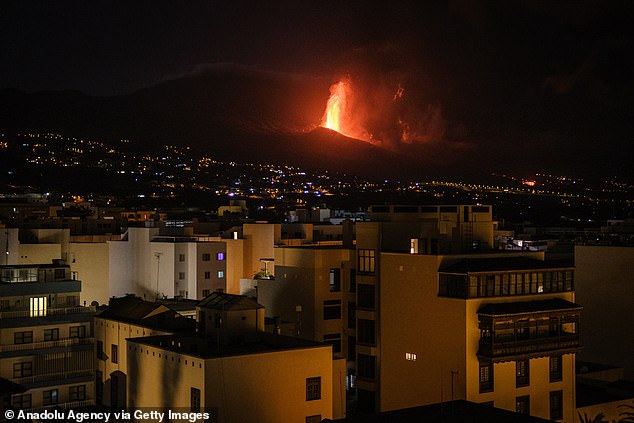 The explosions around the volcano’s mouth hurled molten rock and ash over a wide expanse, and emergency services pulled back from the area.

The lava has destroyed almost 400 buildings on La Palma, including many homes, on the western side of the island of 85,000 people, a European Union monitoring programme said.

It said the lava stretches more than 440 acres and has blocked nine miles of roads. 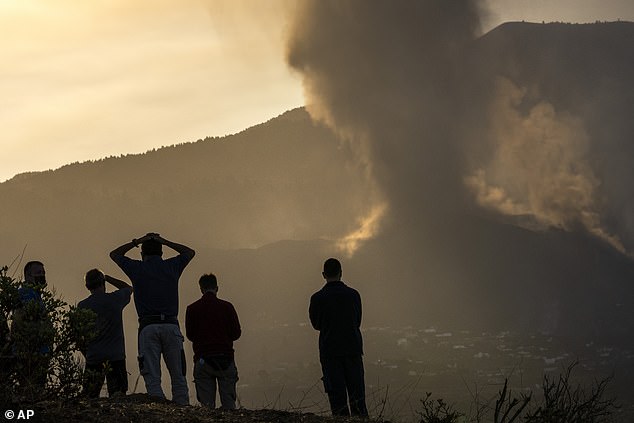 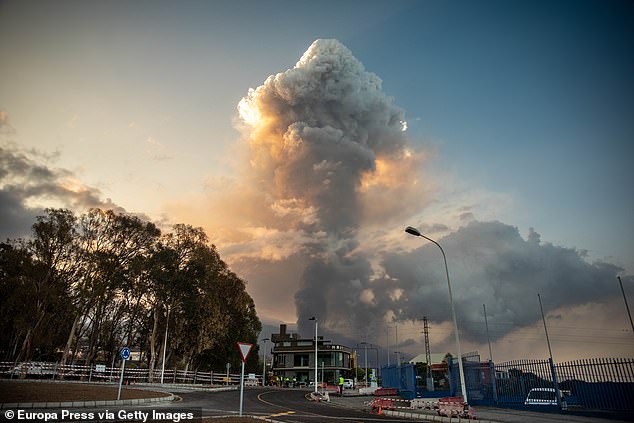 The explosions around the volcano’s mouth hurled molten rock, ash and smoke over a wide expanse, and emergency services pulled back from the area

The government of La Palma said officials had recorded 1,130 tremors in the area over the past week as the Cumbre Vieja volcanic ridge shook with blasts of molten lava.

The blasts are sending ash almost 15,000ft into the air, the Guardia Civil police force said in a tweet.

Local authorities advised people to protect themselves from the ash with face masks.

Two rivers of lava continued to slide slowly down the hillside, but experts doubting whether they would cover the remaining mile to the sea. 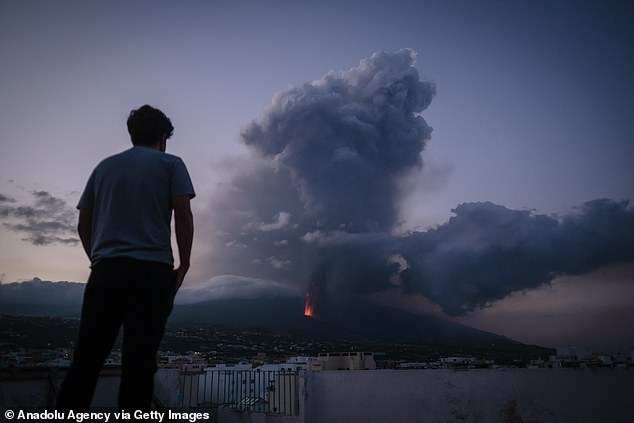 Pictured: A resident of Los Llanos de Aridane on La Palma looks across to the volcano which continues to erupt and send a column of thick smoke into the sky

Both are at least 33ft high at their leading edge and are destroying houses, farmland and infrastructure in their path.

Scientists say the lava flows could last for weeks or months.

Authorities have not reported any casualties from the eruption.

Scientists had been monitoring the volcanic activity and had warned of a possible eruption, allowing almost 7,000 people to be evacuated in time.