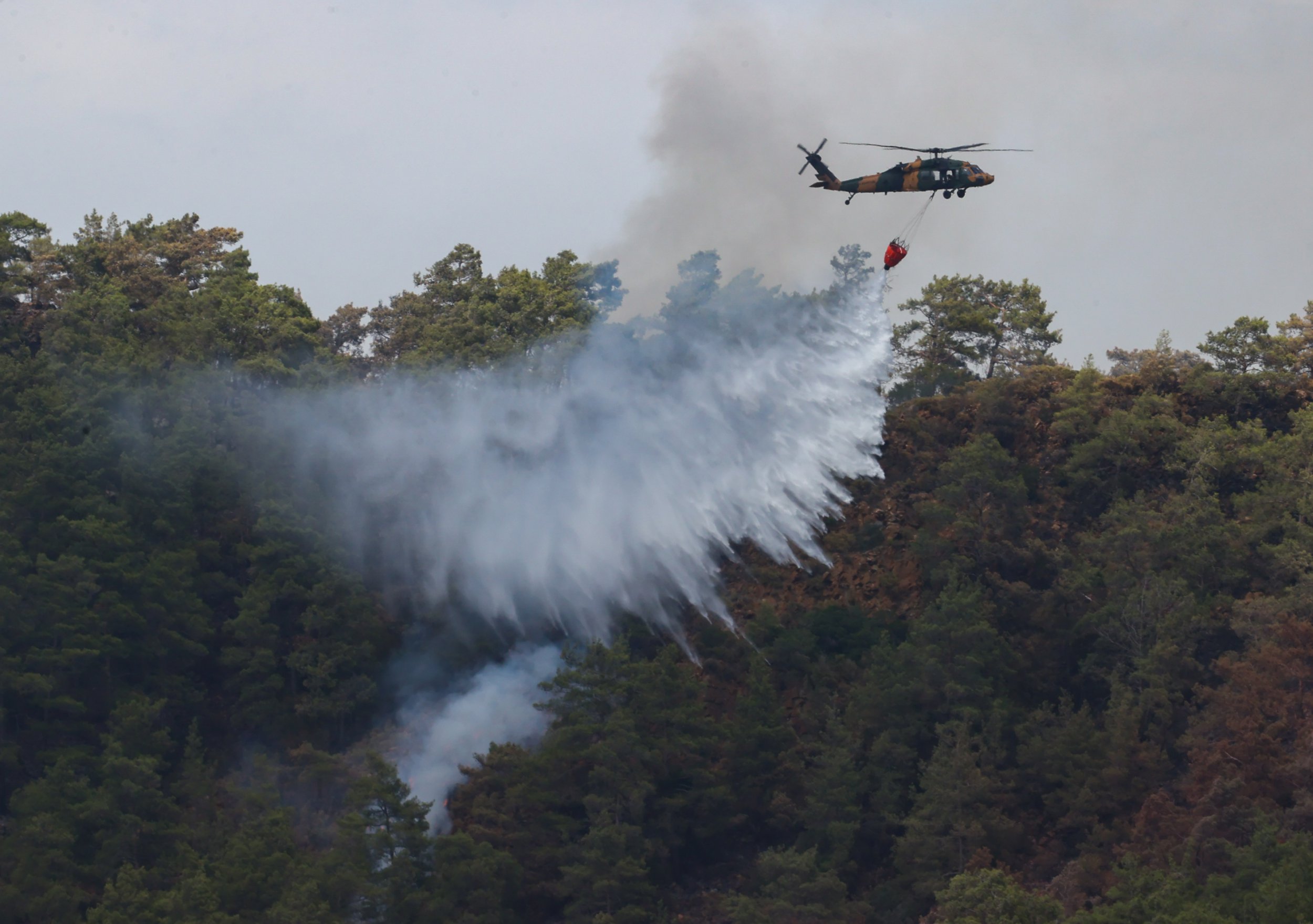 Turkey has threatened to reintroduce the death sentence for those who intentionally start forest fires.

The country has been fighting a vicious forest fire since it started near the Aegean coastal resort of Marmaris on Tuesday.

The blaze destroyed 11,119 acres of forest in the three days it took to be contained.

A suspect admitted to starting the fire over issues with his family after he was found in the forest with two gasoline cans, according to state-run news agency Anadolu.

The death sentence was abolished in 2004 but now the Turkish government is talking about using it to scare people off burning forests.

His justice minister, Bekir Bozdag, has since said his department sees this comment as an ‘instruction’.

‘We have started working on it as the ministry,’ he said on Saturday.

Currently, the punishment for starting wildfires is 10 years in prison.

If the fire is started as part of organised crime, a terror operation for example, this could be a life sentence.

Turkey often struggles with wildfires during heatwaves in the summer and this has been exacerbated by climate change.

But the country’s forests often fall victim to intentional arson, some of which has been suspected terrorism.

Some 88% of the nations forest blaze’s are started with people, according to forestry minister Vahit Kirisci.

Turkey has its worst-ever fires last year, when 509,037 acres were completely destroyed in summer blazes.

At the time, the government was criticised for not being prepared enough.