Two men involved in the brawl that led to the death of teenage footballer Patrick Cronin have avoided jail.

Joseph Hitchcock and Luke Sheahan, both 37, were each charged with affray, and Hitchcock with property damage, over the brawl that claimed the life of 19-year-old Mr Cronin in April 2016. 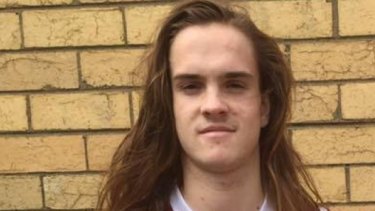 Mr Cronin died after being punched in the head outside the Windy Mile hotel in Diamond Creek. Hitchcock and Sheahan did not have any direct involvement in the death of the teenager but were participants in the brawl that resulted in the tragedy.

Within hours of leaving the pub and walking back to his home in Eltham with his friends, Mr Cronin’s health deteriorated and he was taken to hospital. He died the next day from bleeding on the brain.

In a brief sentencing hearing held online through the Heidelberg Magistrates Court, magistrate Helen Murphy told Hitchcock and Sheahan, both listening online, that mindless aggression took over at the Diamond Creek hotel that night.

“The affray is an example of alcohol-fuelled violence involving, in this case, a very large group of men,” Ms Murphy said. 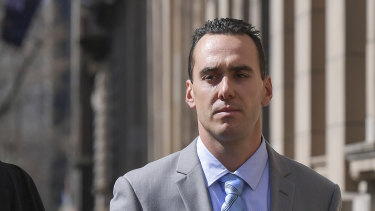 “This case is the most salutary of lessons as to what can happen when mindless aggression overtakes good sense. Denunciation and general deterrence are significant considerations in this case.”

Ms Murphy stressed that the two men were not charged with direct involvement in Mr Cronin’s death.

In November 2017, Andrew William Lee, then 34, who pleaded guilty to manslaughter over Mr Cronin’s death, was sentenced to eight years in prison with a non-parole period of five years.

CCTV footage captured by a camera at the hotel and released by the court shows a heaving mass of bodies during the brawl and Lee stepping into the melee to strike Mr Cronin.

Hitchcock pleaded guilty to affray and property damage. He was handed a $4000 fine and ordered to pay $500 restitution over a phone broken during the brawl.

Sheehan pleaded guilty to one charge of affray. He was put on a 12-month good behaviour bond and ordered to pay $2000 to the Patrick Cronin Foundation but had no conviction recorded. The foundation works to rid society of coward-punch attacks.

Ms Murphy also emphasised that Sheehan had lesser culpability because he tried to pacify affray participants before the brawl began.

“His involvement in the affray begins after he has tried to pacify other participants,” Ms Murphy said.

She accepted that both men were remorseful.