Britain’s new Chancellor of the Exchequer, Jeremy Hunt, has announced that “almost all” of the tax cuts set out in the government’s mini-budget less than a month ago will be reversed. 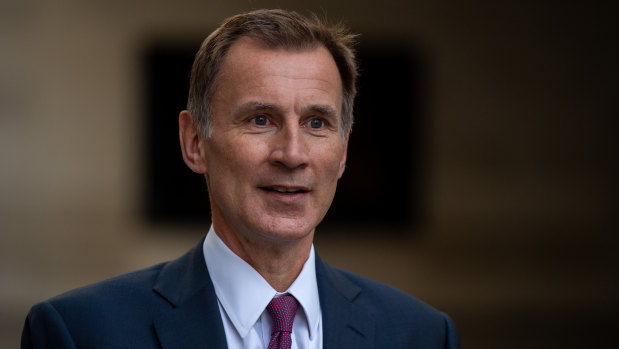 Jeremy Hunt is reversing most of the measures in his predecessors mini-budget.Credit:Getty

He warned that no government could control markets, but every government “can give certainty about the sustainability of public finances”.

The pound rose as much as 2.4 pc – the sharpest rise in more than two years – against the US dollar as the Chancellor revealed his spending and tax plan, which is widely seen as part of Truss’s battle for political survival amid pressure from leading business figures and Conservative MPs for her to resign.

In a televised address, Hunt confirmed that he would drop most of the tax measures in the disastrous fiscal statement of September 23 — which sent the pound plummeting to 40-year lows and borrowing costs soaring – apart from a £13-billion ($A23.5 billion) cut to national insurance and £1.5 billion in stamp duty changes.

He said the UK “will always pay its way” and “this government will therefore take whatever tough decisions are necessary to do so”. 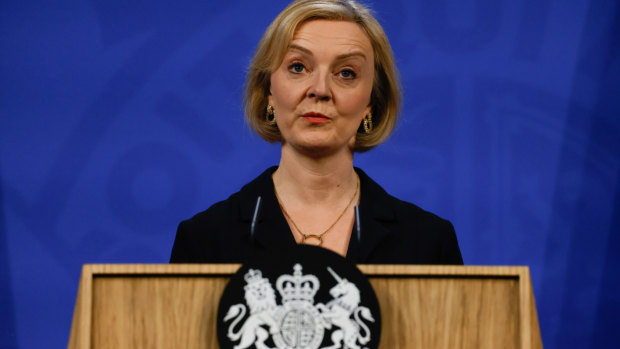 Corporation tax will now rise from 19 per cent to 25 per cent and a cut to the lower rate of income tax of 1 percentage point in April will be delayed.

The government will reverse plans to cut dividend taxes, make payroll reform, a freeze in alcohol duty and introduce a VAT-free shopping scheme for overseas visitors.

“We will reverse almost all the tax measures that were in the growth plan,” he said on Monday.

“At a time when markets are rightly demanding a commitment to sustainable finances it is not right to borrow to fund this.”

Hunt has said he will also water down the government’s energy price guarantee – a package estimated to be worth at least £150 billion to limit average energy bills to £2500. He said it would now provide universal support until April, but support after would then be scaled back and targeted.

“The biggest single expense in the growth plan was the energy price guarantee. This is a landmark policy supporting millions of people through a difficult winter. And today I want to confirm that the support we are providing between now and April next year will not change,” he said.

“But beyond that the Prime Minister and I have agreed it would not be responsible to continue exposing public finances to unlimited volatility in international gas prices.”

The markets were spooked by the high level of unfunded tax cuts in last month’s mini-budget, which required large amounts of state borrowing, and cost Kwasi Kwarteng his job running the nation’s finances.

The Bank of England launched a £65-billion intervention, as it warned of “material risk” to UK stability and pension markets amid the chaos that has sent government borrowing costs soaring and compounds sky-high inflation.

Former Conservative chancellor George Osborne said Hunt deserved praised for taking “big bold steps” to restore the UK’s “fiscal credibility” by reversing most of the mini budget and, in effect, raising income tax from the 19p legislated by the Johnson government.

Having earlier said that Truss would unlikely last in the job much longer, her tweeted: “Not sensible for PM to hide away – she needs to front this to have any chance of survival.”