THIS striking image shows Van Gogh’s iconic sunflower painting – made out of grains.

The recognisable creation took a week to make, using thousands of the tiny grains. 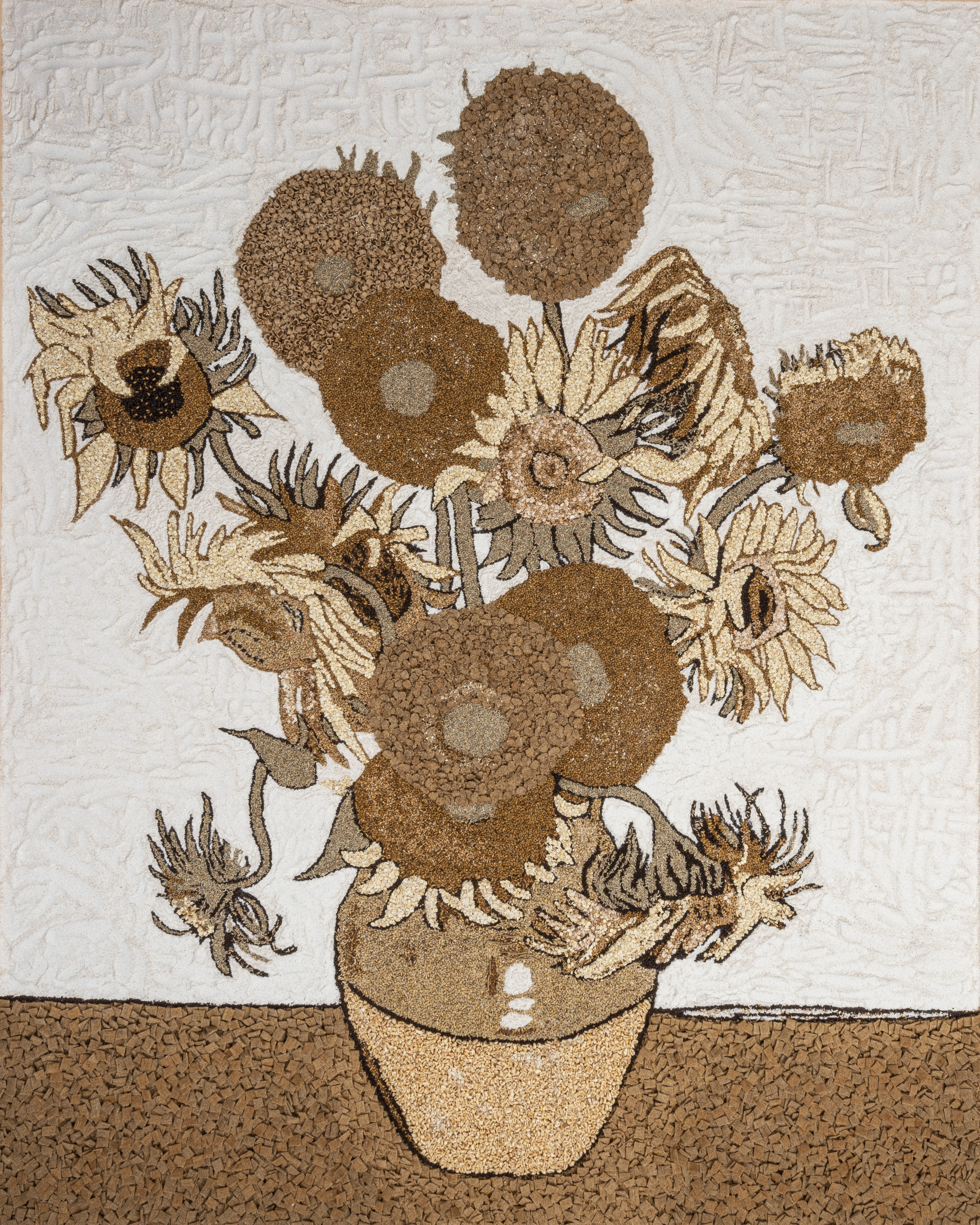 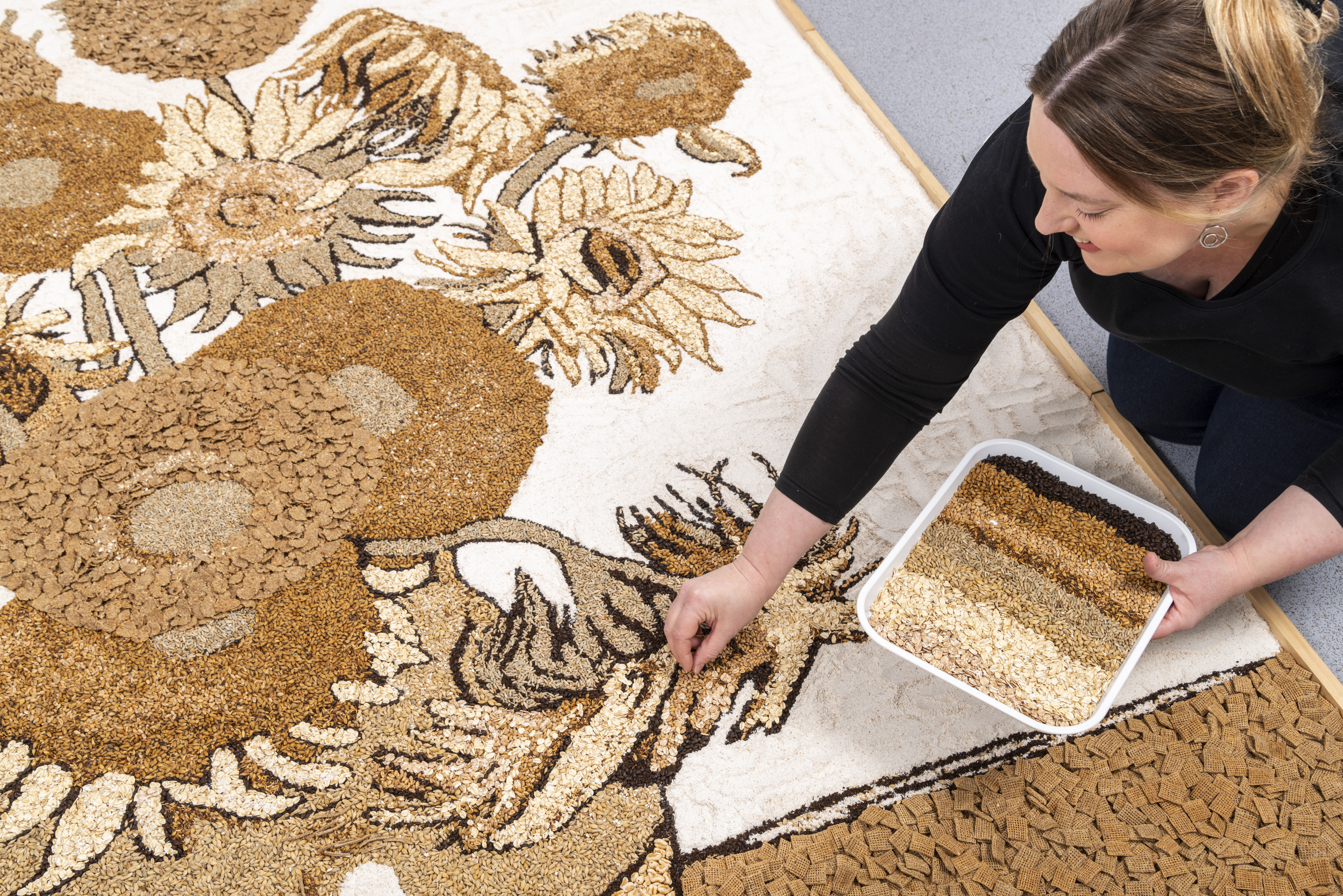 Roasted barley was used for the outline of the image to give a dark, rich and distinct boarder to the sunflowers, while rye effectively recreated greenery.

To complete the image, wholegrain cereals, porridge oats and wholemeal flour were used.

Food artist, Prudence Staite, worked with the Agriculture and Horticulture Development Board (AHDB) to create the masterpiece.

She said: “Working on this project has been a fantastic experience, exploring a wide range of different whole grains and their versatility.

“They chose to recreate Vincent Van Gogh’s iconic sunflower painting using only whole grains and whole grain products as they felt this truly highlighted the campaign’s message that beige foods really are beautiful.”

The image comes as a leading GP has given insight into which ‘good’ beige foods we should be including in our diets such as porridge oats, wholemeal bread and rye crackers.

But a survey of 2,000 adults found 23 per cent assume beige food is unhealthy – despite whole grains being a good source of dietary fibre and other nutrients needed for good health.

Beige foods are also considered to be flavourless (10 per cent) and boring (15 per cent).

Just 12 per cent consider beige to be the healthiest colour of food, while only 38 per cent typically associate items of that colour group as potentially being a source of fibre.

It also emerged 63 per cent are unaware of the nutritional benefits of wholegrains, with less than one in 10 able to correctly identify how much fibre they should be eating each day. 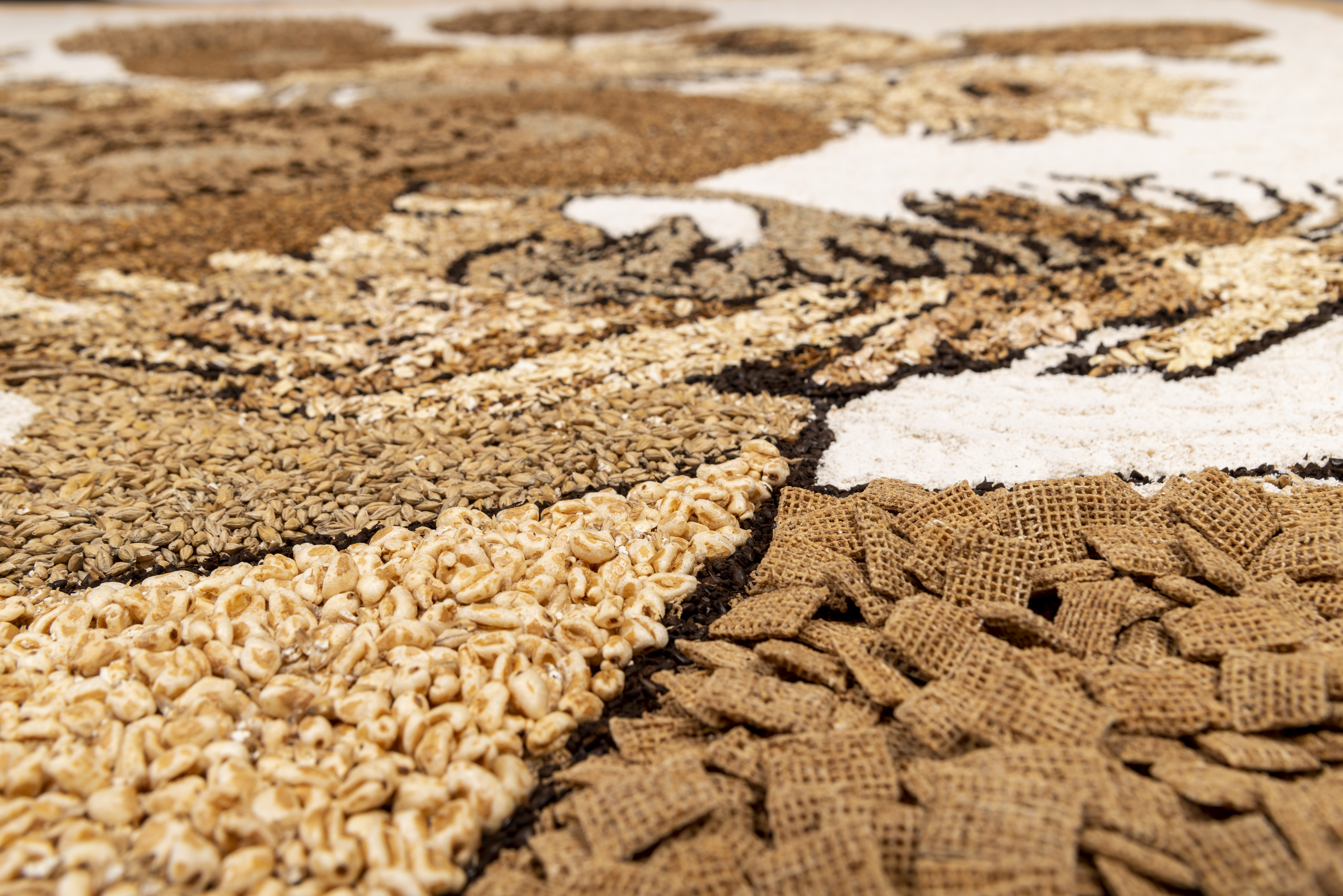 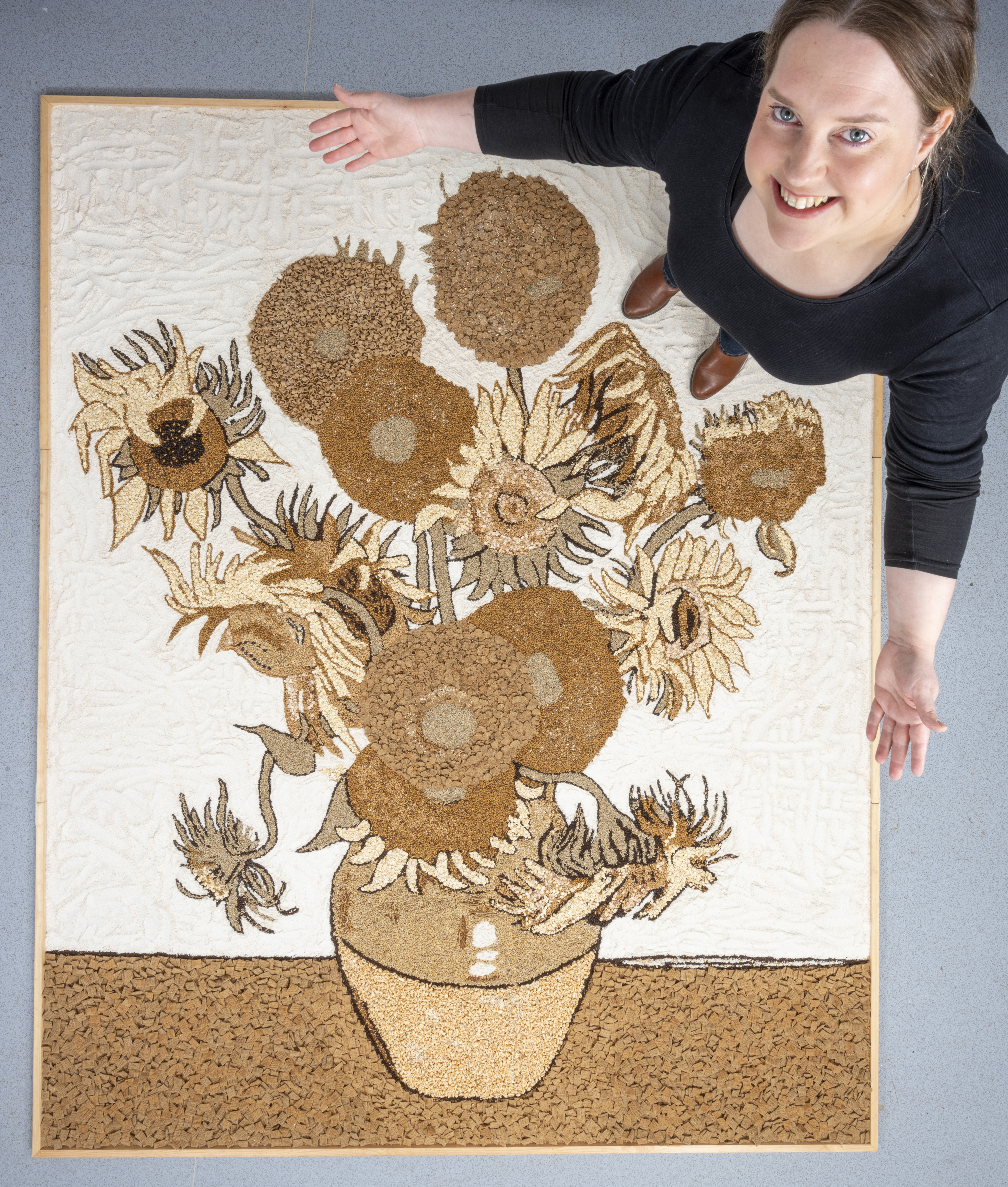 However, GP Dr Gill Jenkins, who is working with the Agriculture and Horticulture Development Board (AHDB), believes beige food is an important part of a balanced diet.

Dr Gill Jenkins said: “Whole grains play an important part in a healthy, balanced diet providing a good source of dietary fibre and other nutrients we need for good health.

“UK government guidelines advise adults should have 30g of dietary fibre a day as this is associated with a lower risk of heart disease, stroke, type 2 diabetes and bowel cancer.

“Currently adults in the UK only eat around 20g fibre a day, so most of us need to increase our intakes.

“Choosing foods with fibre may also make us feel fuller for longer and having a high fibre diet can help digestion and prevent constipation.

“As part of a healthy, balanced diet it’s important to get fibre from a variety of sources such as whole grains, fruit and vegetables, potatoes in skins, pulses and beans, nuts and seeds.

“Choose higher fibre, whole grain varieties of carbohydrates whenever you can. Also, try to choose those that have less sugars and salt.”

The survey also found three quarters of adults reckon they could identify a wholegrain, yet 63 per cent are unaware of the nutritional benefits.

As a result, whole grain products are often left off shopping lists with only 15 per cent regularly eating wholemeal pittas, 12 per cent enjoying oatcakes and nine per cent tucking into rye bread.

It also emerged only 12 per cent are ‘very confident’ that they could identify snacks rich in fibre.

But 41 per cent of those polled via OnePoll were unaware that whole meal bread counts as a whole grain, and 57 per cent didn’t know oats were also wholegrains.

“Healthy snacks can help increase our fibre intake too – why not try rye crackers or oatcakes with nut butters and fresh fruit or vegetable sticks.

“Many foods show how much fibre they contain on the nutrition label on pack, so use these to compare which product has more fibre.”

You can read more on how to add whole grains into your diet and what to look out for at WeEatBalanced.com/wholegrains