Furious Londoners have painted the name of their road sign black after Haringey council renamed Black Boy Lane due to ‘racist connotations.’

Posting a photo of the controversial road sign to Twitter, the leader of Haringey council Peray Ahmet denounced it as ‘mindless vandalism’.

She said: ‘Really sad and disappointed to have been sent this today. This follows a fantastic launch yesterday where we celebrated the life and legacy of John La Rose. What could this ever achieve beyond mindless vandalism.’ 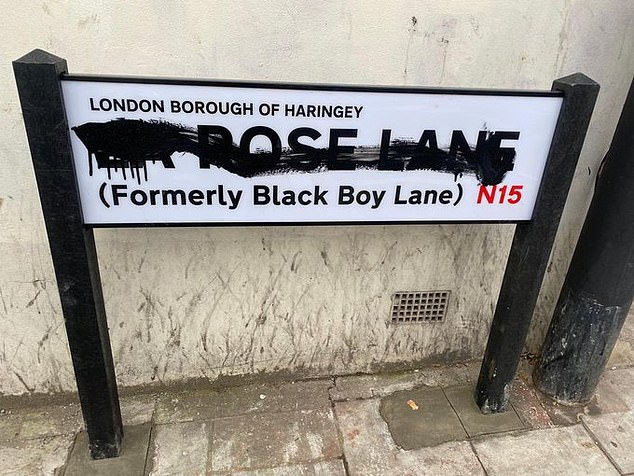 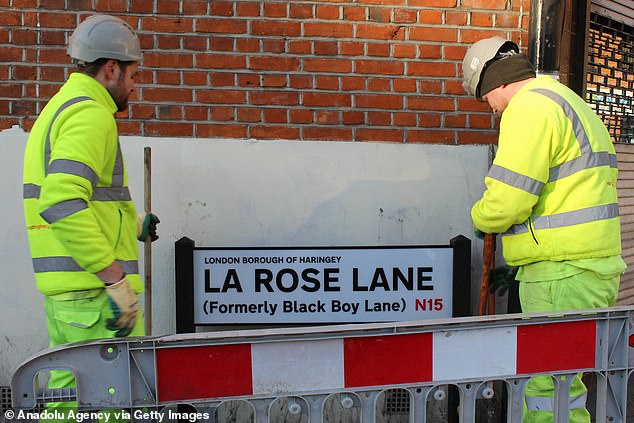 Along with the Jamaican writer and broadcaster Andrew Salkey and the Barbadian poet and historian Kamau Brathwaite, La Rose co-founded the Caribbean Artists Movement in the same year, providing a platform for Caribbean artists, poets, writers, dramatists, actors and musicians.

He was also involved in the Black Education Movement from the 1960s.

In 1969, he founded the George Padmore Supplementary School for West Indian children.

After a black schoolboy was assaulted by the police in Haringey in 1975, John La Rose and concerned parents founded the Black Parents Movement to combat the brutalisation and criminalisation of young blacks, and to agitate for youth and parent power and decent education.

In allience with others, it became the most powerful cultural and political movement organised by black people in Britian.

In response to the rise in fascism and xenophobia, La Rose helped to found European Action for Racial Equality and Social Justice, bringing together anti-racists and anti-fascists from Belgium, Italy, France and Germany.

One of his greatest achievements was the International Book Fair of Radical Black and Third World Books (1982-95), which he solely directed from 1984.

He was also the editor at New Beacon Books and of their journal, New Beacon Review, and published two volumes of his own poetry, Foundations (1966) and Eyelets of Truth Within Me (1992).

But heritage campaigners and peeved residents – some of whom who’ve erected their own Black Boy lane signs- are unhappy with the move.

After the new road signs were erected yesterday, pictures emerged on social media showing numerous houses with the old road sign displayed in their windows.

The new name pays tribute to the black publisher John La Rose, a Haringey local who was a political activist and launched New Beacon Books in 1966.

However,  at least 70 residents were previously reported to have derided the plan as ‘tokenistic’ and an ill thought out ‘vanity project’ which could lose the history of the area.

‘They said it was a tokenistic gesture at too great a cost for Black Boy Lane residents and that John la Rose would have hated the notion.’

Heritage campaigners, Save Our Statues have also condemned the move alleging that the name change has cost Haringey Council £180,000 of public money.

Founder Robert Poll told the BBC that the change was a ‘futile gesture’.

He said: ‘This move is representative of the current impulse to hunt out racism and offence where there is none as a performative display of virtuousness.’

Many people reacting to the news on social media questioned the point of the pricey alteration.

One said: ‘How exactly is it possible to waste £186k, that’s £186,000 on a couple of road signs that a couple of people got ‘offended’ by. Name the offended because they’ve offended me.’

Another questioned: ‘I have a colleague who lives on this street and she told me the “Black Boy” was a horse. Not sure if this is true but it’s her understanding!’

Another opined: ‘If there is no clarity of the names origin why did it need changing?’

It is thought that Black Boy Lane was named after a pub in the late 17th century.

The decision to change the street name to ‘La Rose Lane’ was made by the council in February last year.

‘Haringey Council is committed to taking action to both address inequality and celebrate the rich diversity of our borough. We recognise that there are different views on how best to do this,’ it was stated online.

The council also added that it made the decision ‘following calls from Haringey residents, in recognition of the negative impact the racist connotations attached to the name have had on residents.’ 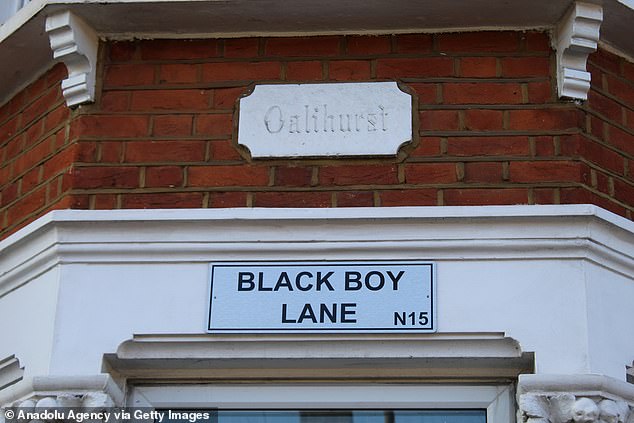 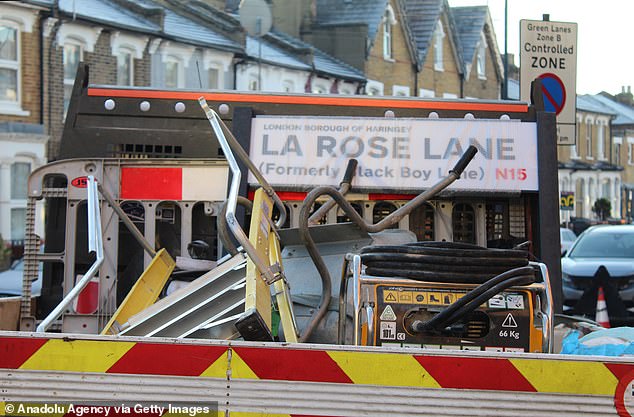 Cllr Peray Ahmet, Leader of Haringey Council, said: ‘I’m delighted that we’re able to pay tribute to John La Rose with a new street name. John made such a huge contribution to Black life both here in Haringey and across the UK and played an important role in gaining recognition for Black authors and artists, as well as championing inclusive education.

‘I understand that this is a decision which has generated passionate responses. Several rounds of consultation were held, and I know that the Corporate Committee took the full range of views into consideration when deciding to change the name of the road. It is time now to move forward with this.

‘I also want to be clear that this is just one small part of the work that we must do to ensure Haringey is a place where everyone feels welcome and included. I look forward to working with residents and communities on this important mission in the months and years to come.’

MailOnline has approached Haringey Council for further comment on resident’s reaction to the renaming and the alleged cost involved.