A Victorian man and a teenage boy have been charged as part of an international police investigation into a fraudulent website believed to have been used to swindle unsuspecting victims out of tens of millions of dollars.

The pair are among 59,000 people worldwide suspected of using a website called iSpoof to make robocalls purporting to be from government agencies and legitimate services, such as banks, to defraud victims. 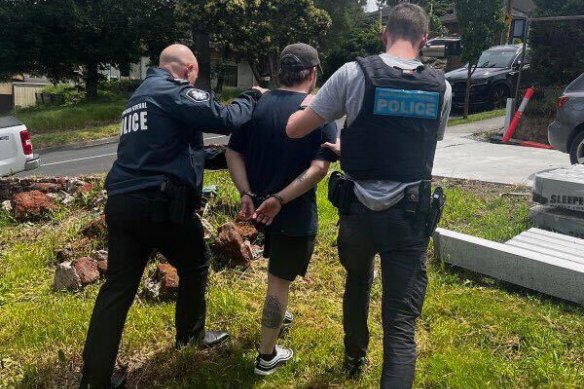 The site, which has since been taken down, enabled users to make robocalls using a process known as “spoofing”, where a scammer’s phone number is disguised to appear as though the call is from a legitimate source.

The process also allowed scammers to create one-time PIN text messages, collect the personal information victims were instructed to type on their phone keypad while on hold, and access tutorials on how to use the website’s features.

The Australian Federal Police estimates the iSpoof website, which users were able to access for as little as $36, was used to swindle more than $1 million from Australians, making the country one of the nations most targeted by scammers.

Federal officers this month arrested the man and 16-year-old boy after receiving a tip-off from British police about two website users living in Australia. The man and teenager are believed to have accessed the website independently of each other.

Officers executed search warrants in Boronia, Brighton, and Brookfield, near Melton, where they allegedly uncovered several mobile phones, computers, and tablets. They also found fake licences, bank and Medicare cards, and a small amount of drugs.

It is unclear how many people could have fallen victim to the alleged scam as forensic investigators are still analysing the content of the pair’s electronic devices.

“We are increasingly seeing cybercrime as a service which means all you need is a computer and an internet connection to defraud innocent victims,” Simpson said.

“The interconnected nature of cybercrime means that working with our international law enforcement partners is vital to identifying perpetrators and putting them before court.”

More than 100 people have been arrested in the UK, including the alleged organiser of the website, in what British police have described as the country’s “biggest ever fraud operation”.

British police have identified more than 200,000 victims that were targeted by scammers pretending to be representatives of major banks, tax offices and other official bodies in the UK alone.

The Victorian man and boy have each been charged with one count of producing false or misleading documents and one of using a computer system to assist access.

They are both on bail and due to face court in the coming months.

The AFP said anyone who believes they may be a victim of a scam or fraud should disconnect the call, contact the relevant agency directly and report the issue to the AFP’s Report Cyber website.