The COVID-19 price freeze at Victorian private schools is over, with the state’s most expensive schools increasing fees by an average 2 per cent for next year.

An analysis by The Age finds the state’s most expensive schools – which charge an average of $32,662 a year to educate local year 12 students – have increased prices by around $708.

The most expensive school to send a local year 12 student remains Geelong Grammar, which charges $43,360 plus GST for tuition and day boarding. The cheapest among the group is Catholic boys’ school St Kevin’s College at $22,185.

The 2 per cent annual price rise follows fee freezes or only slight increases this year and is lower than the national inflation rate of 3 per cent.

Thirty-six per cent of Victorian students attend a non-government school, the second-highest rate in Australia and well above the OECD average. Before the pandemic, in-demand Victorian private schools hiked fees by roughly 5 per cent a year.

Some education experts question why schools are again increasing prices as many pocketed JobKeeper payments during 2020 and have enjoyed lower costs during the state’s long periods of remote learning.

However, Catholic girls’ school Sacre Coeur said it was facing a number of external financial pressures, including expected reductions in government grant funding, a mandatory increase in superannuation and expected pay rises for staff. It increased annual fees by 1.9 per cent, which it said was lower than its anticipated rise in operating costs.

Of the 45 high-fee schools, Korowa Anglican Girls’ School in Glen Iris delivered the biggest increase, of 4.7 per cent. Seven have frozen fees, including Penleigh and Essendon Grammar and Shelford Girls’ Grammar School.

A number of the schools have provided rebates or credits to compensate for remote learning during the pandemic. Only one, King David School, is effectively cutting annual fees, by 0.7 per cent.

Three schools – Mount Scopus Memorial College, Geelong College and Melbourne Grammar – have not yet decided on their 2022 fees, which is unusual for this late in the year. Presbyterian Ladies’ College, Peninsula Grammar, Preshil and Bialik College have not put their prices online and declined to comment.

“Catholic schools strive to keep fees as low as possible and remain accessible to families seeking a Catholic education for their children,” he said.

“No child should miss out on a Catholic education because of their family’s financial circumstances. Any family facing difficulties with school fees is encouraged to discuss their situation, in confidence, with their school.”

Independent Schools Victoria chief executive Michelle Green said schools had done “everything possible over the past two years to ensure their students remain enrolled, taking account of the economic stresses caused by the pandemic”.

“Our understanding is that, overall, any increases next year will be modest and in many cases lower than in pre-pandemic years,” she said.

Paul O’Shannassy, of education consultants Regent Consulting, said the overall price rises were confusing and disappointing for parents who largely did not receive big discounts this year.

“Schools saw fit to give a discount in 2020 but not in 2021, which was puzzling to many parents,” Mr O’Shannassy said. 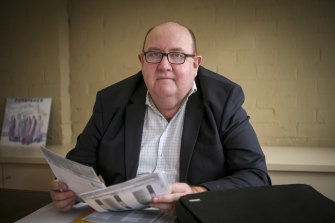 Dr Emma Rowe, senior lecturer in education at Deakin University, said it was “questionable” why schools would need fee increases when federal government funding had increased, and when they had received generous JobKeeper packages from the federal government during the pandemic.

Dr Rowe’s research found the average annual cost of an independent school in Victoria for a year 9 student was $17, 812 in 2020, when the pandemic began.

“As your child will attend school 200 days per year, the average cost is $89 per day (as a minimum) or $890 per fortnight. If you double this, for a second child, the fortnightly cost for a family is relatively substantial,” she said.

Dr Rowe’s research found the average cost of an independent school in Victoria for a year 12 student was $18,419 in 2020, excluding extra-curricular and other non-tuition costs.