Home » World News » ‘What if your future husband wants kids?’ One woman’s struggle to be sterilized at 24

‘What if your future husband wants kids?’ One woman’s struggle to be sterilized at 24

Sydney Mealey knew she never wanted to have children. She took oral birth control and tried the patch but wanted more permanent and reliable contraception. In the past, when she casually brought up tubal ligation, aka female sterilization, with her regular OB-GYN, her doctor wasn’t receptive.

“I always received pushback from my doctor, so I knew that it wouldn’t be an option,” the 27-year-old who lives in Pittsburgh told TODAY. “(My doctor) was always like, ‘Well, what if you change your mind? Or ‘What if your future husband wants kids?’ Or things along that line. And also very much like, ‘You’re so young. Come talk to me again when you’re 30.’”

So Mealy started researching and found the "childfree" forum on Reddit, which included a list of information to share with a doctor when asking for sterilization. She collected information about herself and started researching individual doctors, looking at the sterilization methods they offered and how open they seemed to be to performing the procedure on young, childless people. She finally selected a doctor in Cleveland, about a 2-hour drive from her home.

“I assumed from the (start) that I would have a very difficult time,” she said. 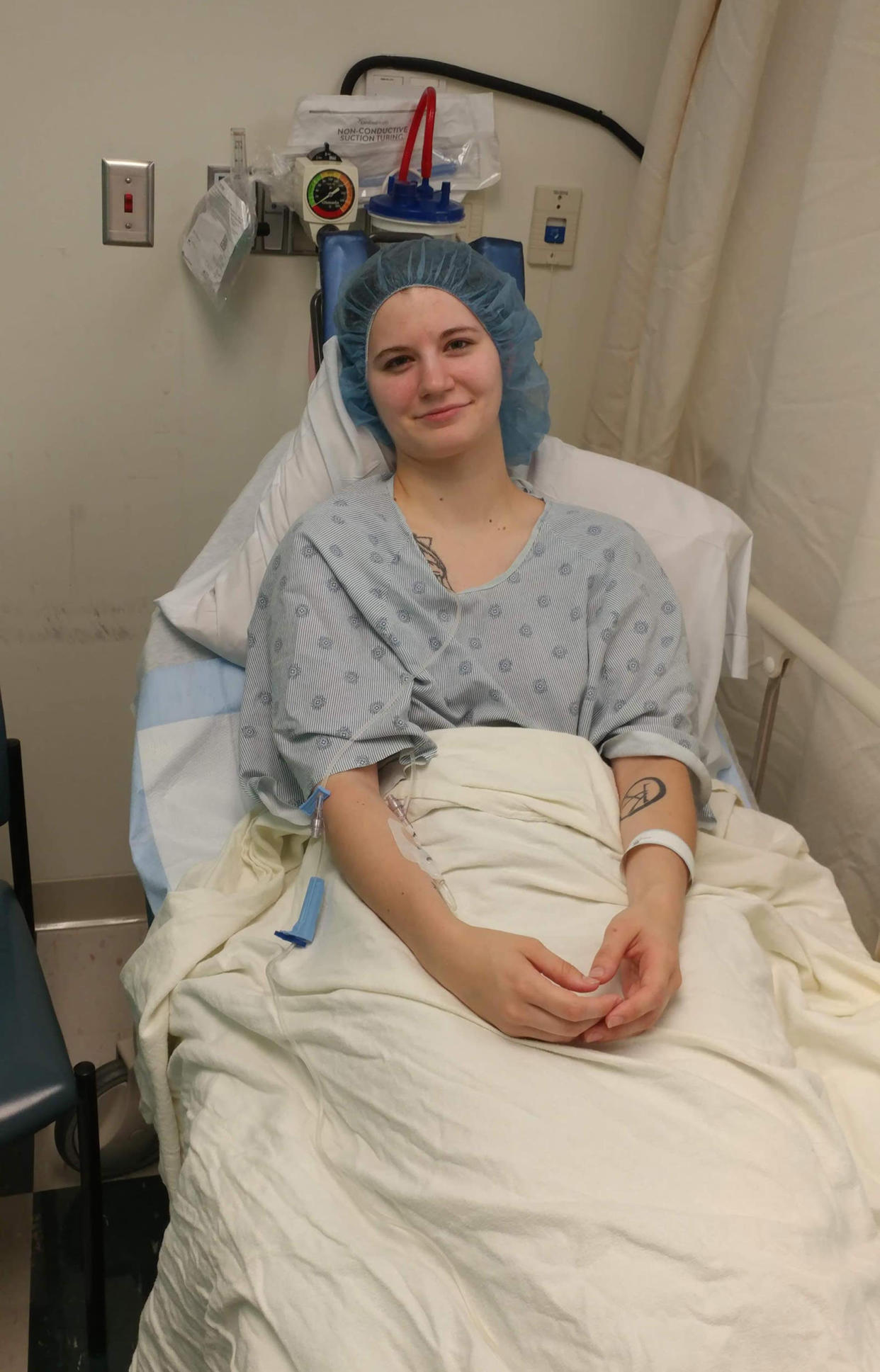 When she visited the doctor, she had a binder of information and made her case for a laparoscopic bilateral salpingectomy, a minimally invasive surgery that removes both fallopian tubes, permanently preventing pregnancy, according to Mayo Clinic.

“I assumed the doctor would want to take the binder and read through the whole thing,” Mealey recalled. “(But) she said, ‘You really do seem very adamant on this, and based on your history and what you’re presenting to me, this is something that you’re well informed about and you are consenting to, and I will perform this procedure for you.’”

Mealey felt stunned, especially since she'd heard stories of people hoping to undergo a sterilization procedure, but the doctor required a boyfriend’s or husband’s permission.

“I felt like I needed to pinch myself honestly. I went in very much expecting a hard and fast no,” she said. “I was definitely very much in shock but again ecstatic and happy. I felt heard and seen.”

The American College of Obstetricians and Gynecologists, the leading group of these types of doctors in the U.S., stresses that "respect for an individual woman’s reproductive autonomy should be the primary concern guiding sterilization provision and policy," per 2020 guidance.

In other words, "ACOG says this pretty clearly that we should not use somebody’s age or their parity — meaning whether or not they have had kids or how many kids they do have — as a reason to refuse someone this surgery,” Dr. Jennifer Lincoln, OB-GYN and author of “Let’s Talk About Down There: An OB-GYN Answers All Your Burning Questions … Without Making You Feel Embarrassed for Asking,” told TODAY.

She said the risks of tubal ligation include unintended pregnancy and regret — but both seem to be rare. The five-year failure rate for female sterilization is about 13 per 1,000.

“That is still really ridiculously good,” Lincoln said. “I imagine where you remove the entire tube, it’s probably close to zero, but we can never say (anything) is zero.”

“We have good data that has shown that people who have their tubes removed, not only are we providing excellent contraception, but we’re also decreasing their risk of ovarian cancer,” Lincoln said. “We understand now that probably a good portion of ovarian cancer actually arises from the fallopian tubes.”

Age can play a role in whether people regret their decision to be sterilized, but it’s still uncommon.

Still, she doesn’t believe doctors should be "gatekeepers" who stop people from undergoing a wanted tubal ligation.

“We should not force people to not have access to a good birth control method if they just happen to be 25 or 28 or 35 and have no kids," Lincoln said.

Sierra McConnell knew she didn’t want children and felt like her birth control implant made her feel nauseated constantly. She hoped for a permanent birth control option.

“I didn’t want kids ever. I never played house,” the 36-year-old from Pittsburgh told TODAY. “I just said, ‘Enough,’ and I set out to find someone who would take my tubes out.” 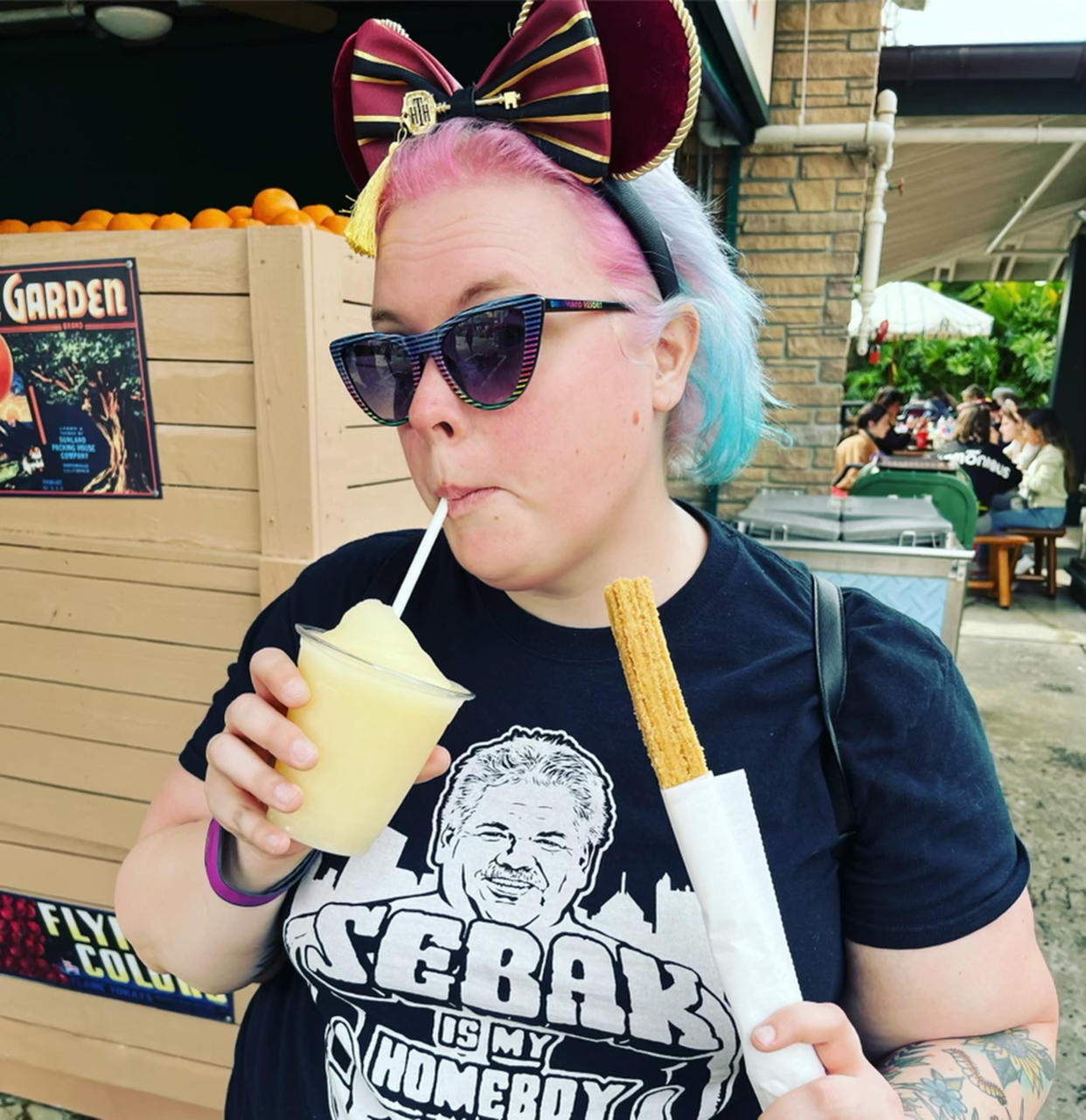 She told her new primary care physician that she wanted to have her tubes removed, and her doctor recommended an OB-GYN that she believe would be open to it. McConnell felt surprised by how painless it was for her.

“It was probably the easiest thing I’ve ever had. It was just such a weight lifted off my shoulders that I’m not ever going to get pregnant now. That’s just been my nightmare since I was a teenager,” McConnell said.

Her insurance also covered her procedure, which took place in 2020 when she was 34, because it’s considered contraception. Mealey, who had her tubes removed when she was 24 in 2019, said with travel expenses and some out of pocket costs, her procedure cost about $1,700.

McConnell said she suspects that some people don’t pursue sterilization because they fear what a doctor might say.

“There were a lot of people coming onto the (childfree) subreddit and saying, ‘I’m really curious about this, but I don’t want to have to jump through hoops.’ Or ‘I don’t want to be shamed,’” she recalled. “People are afraid they’re going to go just to have a doctor tell them they don’t know themselves.”